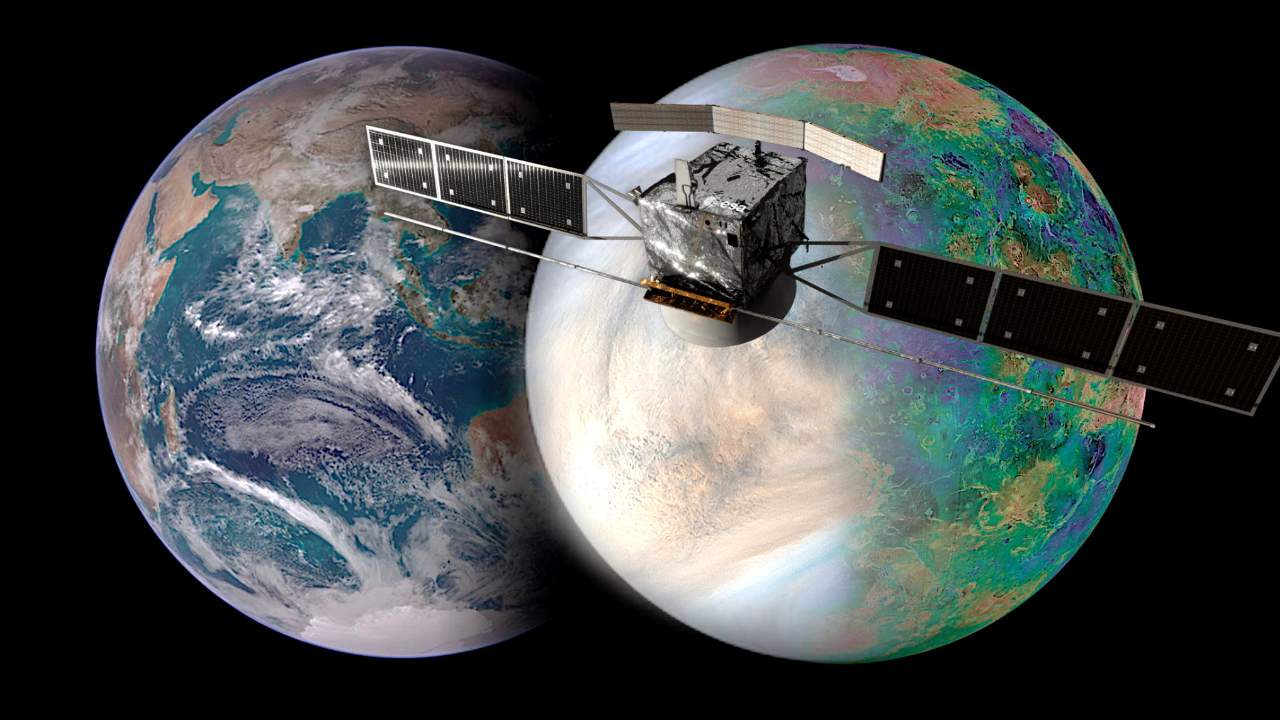 Shortly after NASA announced that they plan on sending two mission to explore Venus, the European Space Agency (ESA) has also said they will be sending a mission to Venus. Named EnVision, ESA’s mission will be an orbiter that will give a holistic view of the planet. It will look into all aspects of the planet, from the inner core to the upper atmosphere. The decision was made on 10 June and ESA wants to target a launch in the 2030s.

Then there were 3! Congratulations to @ESA on the announcement of their EnVision mission to Venus! We are excited to collaborate with you on this bold endeavor and to work in concert with @NASASolarSystem’s DAVINCI+ and VERITAS. It’s a Venus hat-trick! https://t.co/BZaY31dLTM pic.twitter.com/YQj5IQ75m5

EnVision will be a medium-class mission. Other M-class missions include the Solar Orbiter – launched in February 2020, Euclid, Plato and Ariel – which will be launched throughout this decade. M-Class mission as led by ESA or carried out in partnership with their international partners.

It beat out the Transient High-Energy Sky and Early Universe Surveyor (Theseus) mission. Theseus would keep an eye on transient events and focus on gamma-ray bursts from the Universe’s first billion years, in hopes to help us understand the first stars’ life cycle. This will be the first time that the US is visiting Venus in more than 30 years. NASA last visited the planet with its Magellan mission that they sent in 1989. ESA, however, have visited it more recently, with their Venus Express that was still active till 2014. Japan also has an orbiter around Venus since 2015 to study the climate.

According to a press release by ESA, EnVision will seek to answer questions like: What history did Venus experience to arrive at this state? Does it foretell Earth’s fate if it undergoes a catastrophic greenhouse effect? Is Venus still geologically active? Could it have once hosted an ocean and sustained life?

For ESA’s EnVision, NASA will work on the Synthetic Aperture Radar called VenSAR. It will image and map the surface. NASA will also provide support to the mission with the Deep Space Network.

The image shows Earth (left) and Venus (right), and how similar they are in size. Image credits: European Space Agency / Paris Observatory / VR2Planets

The other instruments will be contributions from ESA’s member states. They include a sounder to help reveal underground layering, a radio science experiment to probe the internal structure, gravity field, investigate the structure and composition of the atmosphere. A spectrometer will study the atmosphere and surface and monitor trace gases in the atmosphere. It will also analyse the surface composition, and look at any changes that could be linked to signs of active volcanos.

Lori Glaze, director of NASA’s Planetary Science Division said, “ESA’s EnVision mission will provide unparalleled high-resolution imaging and polarimetry capabilities. High-resolution images of many dynamic processes at Mars profoundly changed the way we thought about the Red Planet and images at similar scales have the potential to do the same for Venus.”

Günther Hasinger, ESA Director of Science said, “Together with the newly announced NASA-led Venus missions, we will have an extremely comprehensive science programme at this enigmatic planet well into the next decade.”

About the NASA missions

DAVINCI+ stands for Deep Atmosphere Venus Investigation of Noble gases, Chemistry, and Imaging. It will measure the components of Venus’ atmosphere. On the other hand, VERITAS is the acronym for Venus Emissivity, Radio Science, InSAR, Topography, and Spectroscopy. In this mission, NASA scientists will map the surface of the planet to understand its geologic history.

According to NASA, by passing through Venus’ harsh atmosphere, the DAVINCI+ atmospheric entry probe will be able to provide direct measurements of its atmosphere.

The global topography data generated by VERITAS will scientists a global location map of the planet that can be used “as a reference system for all past and future surface data collected.”

Along with these two missions, the space agency will also be sending two technology demonstrations. DAVINCI+ is going to be hosting the Compact Ultraviolet to Visible Imaging Spectrometer (CUVIS) while VERITAS will host Deep Space Atomic Clock-2.

The mission VERITAS will become the first to study the surface of Venus after the Magellan spacecraft which was also sent by NASA.

The two winning Venus missions, Davinci and Veritas, have been awarded US$500 million (£354 million) and will be launched sometime between 2028 and 2030.

Also read: NASA Rejected missions to Jupiter and Neptune’s moons: Here’s what we might’ve found out