Mumbai. Neha Dhupia is pregnant for the second time. Neha and her husband Angad Bedi announced the pregnancy on social media. Now Angad Bedi told who is going to name his second child. This person had named his daughter Mehr. 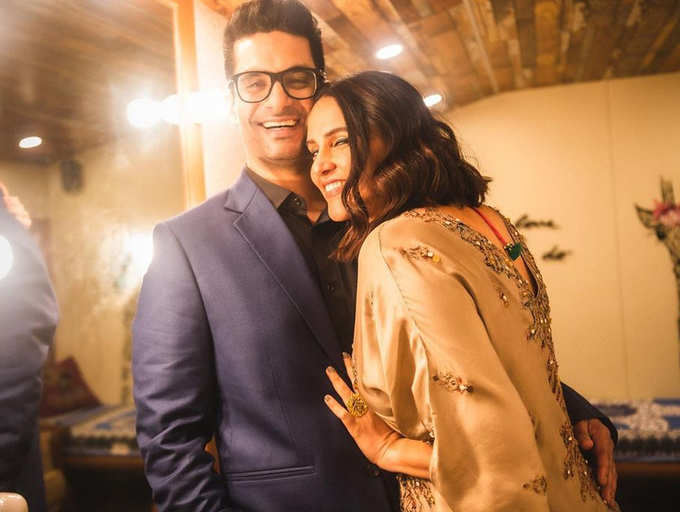 Meher’s name was like this
Angad Bedi also narrated the story of naming Mehr in this interview. Angad says, ‘Father also had a big role in naming Meher. On the birth of the daughter, he called up and said Rab Meher. Neha liked this name. My father uses the word mehr a lot. We should keep this name. We are extremely excited. Let’s see what we name this time. Neha Dhupia announced such
Neha Dhupia shared the photo on social media. Her husband Angad Bedi and daughter Mehr are also seen with her in this photo. All three are wearing black outfits. Neha Dhupia is seen flaunting baby bump.

Let us tell you that Neha Dhupia and Angad Bedi surprised everyone by getting married on 10 May 2018. After six months of marriage, Neha Dhupia gave birth to daughter Mehr on 18 November.