CSK vs RCB IPL 2021 Live Streaming: When and where to watch 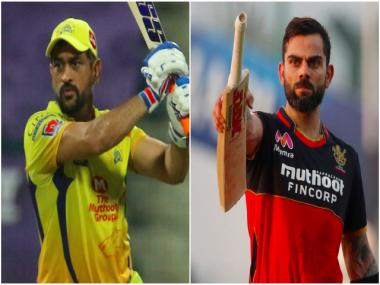 The first match of the Sunday double header is between table-toppers Royal Challengers and second-placed Chennai Super Kings at the Wankhede Stadium in Mumbai.

Virat Kohli’s team are off to a dream start, winning all their four matches so far while MS Dhoni and Co have tasted defeat only once.

RCB look much better side this time around with an improved bowling attack and a certain Glenn Maxwell showing good form with the bat. The usual performers Virat Kohli and AB de Villiers are also delivering when their team needs. In their previous match, the extremely talented Devdutt Padikkal played a stunning knock, an unbeaten 101 off just 52 balls, as they chased down a target of 178 without losing any wickets.

Captain Kohli was a happy man after their last win, praising Padikkal and the team’s bowlers.

“We don’t have many stand-out names in bowlers, but we have effective bowlers. Guys who can do it day in day out. Four out of four times we’ve been the stand-out team in the death overs. We actually restricted 30-35 runs. Dev’s innings was outstanding, but for me the bowling which was aggressive, optimistic was key,” Kohli said.

Meanwhile, CSK improved significantly after suffering defeat in their first match of the campaign. The likes of Faf du Plessis, Ruturaj Gaikwad and Moeen Ali played good knocks against KKR.

If the pitch offered some turn then CSK bowlers have exploited it. But in their last match, the bowlers couldn’t do much on a flat deck. Yes, they did well in the first few overs, reducing KKR to 31-5 but then Andre Russell, Dinesh Karthik and Pat Cummins came out hard against the bowlers. In the end, though, CSK won the match by 18 runs.

“If KKR had kept more wickets, could’ve been different. Have seen enough in cricket, always like to be humble. There’s no good reason if you have scored, the opposition can’t score. My lines to the players were that we have got good runs on the board but let’s be humble,” Dhoni said after the match.

When will the Match 19 of the IPL between CSK and RCB take place?

The match will take place at the Wankhede Stadium in Mumbai.