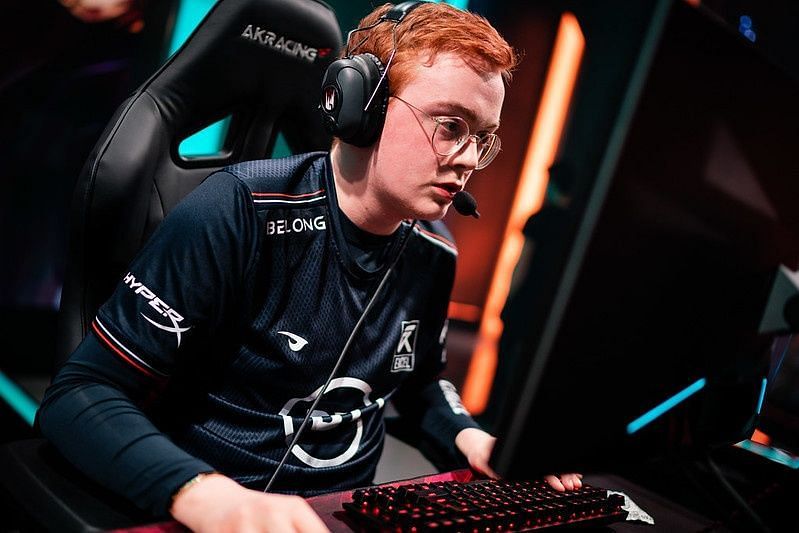 The League of Legends LEC Spring Split 2021 did not go exactly as some of the Excel esports fans had expected it to.

The org went 7-11 during the split and had a pretty hard time keeping up with the rest of the competition throughout the changing meta.

In a recent tweet, Excel esports’ League of Legends head coach, Joey “YoungBuck” Steltenpool, opened up on some of the changes that the organization will be making heading into the LEC Summer Split.

With the start of the new split, mid-laner Paweł “Czekolad” Szczepanik and support Tore Hoel Eilertsen will not be a part of the roster

In the announcement, YoungBuck wrote,

“Ahead of the LEC Summer Split, we have decided to make two roster changes. We can confirm that Czekolad and Tore will be leaving EXCEL. We will always be grateful for the passion and skills they have both brought to the team, and we wish them both all the best for the future. Roster changes are never easy, however, we have to look at ways to improve our team’s synergy and performance. We have done extensive tryouts during the offseason and are confident we have a roster going forward that will help us achieve our Summer Split ambitions:’

The org once decided to drop both players from their roster in the middle of the 2021 LEC Spring Split. They were looking to replace them with players from their very own academy roster. However, they were not able to go through with this, because according to the LEC rulebook,

“Players who played in thirteen or more LEC Matches are ineligible to participate in any ERL Regular Season, Playoffs and the EM event for the current Split,”

With the League of Legends LEC Summer Split set to start in just a few weeks’ time, Excel fans will be quite excited to see who the new additions to the team are going to be.