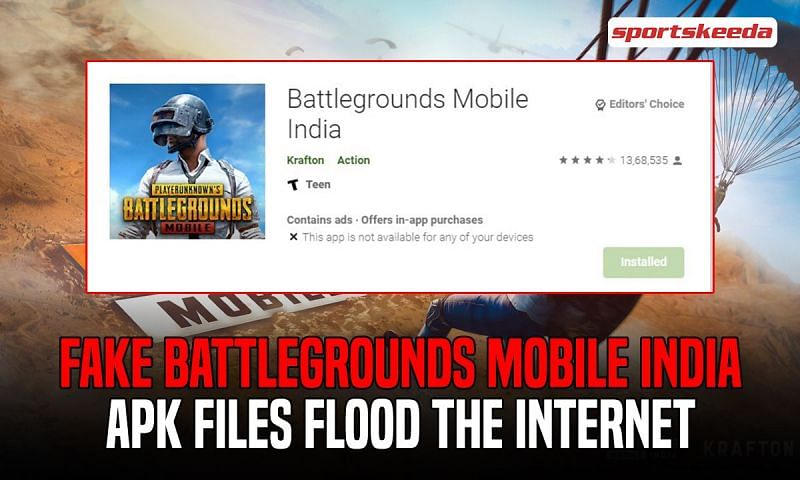 The internet has been flooded with download links to fake APK files of Battlegrounds Mobile India, following the game’s official announcement by Krafton.

PUBG Mobile boasts an ardent fanbase in India. The last few months weren’t the best for the large fanbase as their favorite title was banned in the country on the grounds of national security.

In the last few days, there have been numerous developments regarding the game’s future in the country. The announcement by Krafton of Battlegrounds Mobile India was well received.

Soon after the announcement, multiple APK files circulated online with the name Battlegrounds Mobile India. Krafton has yet to announce the game’s release, so it is fairly clear that these files are fake and are a threat to players in the community.

In addition, the South Korean company has also revealed that the title will be available for pre-registration before its release in the country. As a matter of fact, the details about this haven’t been announced.

These fake links that have cropped up on the internet are not legitimate. Users should never download or install these APKs as they pose a threat to players’ privacy and potentially contain viruses.

With the recent announcement, the return of PUBG Mobile in India could soon be on the cards, albeit a special version. It is possible that after the game’s comeback, the competitive scene will receive a significant boost with its own tournaments and leagues.