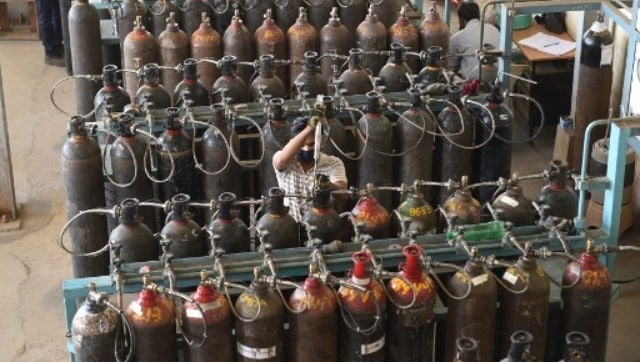 A flat-footed communication strategy and debilitating red-tapism that focuses on risk-aversion and indecision at the cost of efficiency is adding to the distress of India’s already severe Covid crisis. It is also spilling over onto the strategic space. The pandemic has already challenged India’s ‘regional power’ status. New Delhi has been forced to overturn a 17-year-old policy to accept foreign aid. As the virulent second wave continues to pummel India, the strategic consequences of the pandemic coupled with a ham-handed crisis mitigation approach may further constrain India’s foreign policy choices.

An unsavoury controversy erupted this week when foreign embassies reached out to India’s opposition party for critical medical equipment via social media. One such post on Twitter by a staff member of the New Zealand High Commission in New Delhi on Sunday, requesting help from the Congress party’s youth wing for procuring an oxygen cylinder, became immediately viral and gave rise to a huge political row.

The tweet was subsequently deleted but the Indian Youth Congress members delivered the cylinder and made sure that everything is recorded and splashed widely across all social media outlets in all available formats. The New Zealand High Commission sent out an apology for triggering a political controversy, stating that “we are trying all sources to arrange for oxygen cylinders urgently and our appeal has unfortunately been misinterpreted, for which we are sorry.”

We are trying all sources to arrange for oxygen cylinders urgently and our appeal has unfortunately been misinterpreted, for which we are sorry.

New Zealand prime minister Jacinda Ardern told a local media outlet that the High Commission in India should have used proper channels to seek assistance than requesting the IYC on Twitter to help in providing an oxygen cylinder. “They should have been using those normal channels and protocols,” Ardern was quoted, as saying by media outlets in New Zealand. “The High Commission themselves have removed that tweet and acknowledged that wasn’t the process that should have been used. They’ve done that, they’ve corrected that.” She clarified that a local staff member, an Indian national, within the embassy’s compound in India was “very unwell.” However, she added that “there are other means and channels” because the commission was “very well supported by the Indian government” through the pandemic.

The Covid crisis has hit not only the New Zealand embassy but according to reports in the media, the entire diplomatic community in New Delhi’s Chanakyapuri is in danger with several embassies battling rising Covid cases within their premises. The Hindu reports that “a significant number of staff in the Royal Thai Embassy have been affected” along with embassies of Singapore and Vietnam, among others. The report says that “some embassies have resorted to helping themselves with oxygen from whoever can give them.”

The Print reports that the embassies of the US, Germany, Israel, Bangladesh, Afghanistan, Sweden and Nepal are also battling Covid cases and quotes an unnamed European diplomat, as saying, “There is no help coming from the government. They are having their hands full and have no time to look after the diplomatic community especially. We understand it is a crisis situation but we need some priority services.”

An image emerges that of helpless embassies left to fend for themselves amid a raging pandemic by a crisis-ridden government, notwithstanding Prime Minister Ardern’s clarification that staff members at the High Commission in India have been “well supported by Indian government”. These contradictory signals intensified with a very public spat between External Affairs Minister S Jaishankar and senior Congress leader Jairam Ramesh over Indian Youth Congress’s oxygen supply to another foreign embassy — that of the Philippines. Ramesh referred to a tweet by IYC where they showed to have reached the Philippines High Commission with a cylinder, and asked the EAM: “While I thank @IYC for its stellar efforts, as an Indian citizen I’m stunned that the youth wing of the opposition party is attending to SOS calls from foreign embassies. Is the MEA sleeping @DrSJaishankar?”

While I thank @IYC for its stellar efforts, as an Indian citizen I’m stunned that the youth wing of the opposition party is attending to SOS calls from foreign embassies. Is the MEA sleeping @DrSJaishankar ? https://t.co/iEG49baE9l

Jaishankar, in reply, said: “MEA checked with the Philippines Embassy. This was an unsolicited supply as they had no Covid cases. Clearly for cheap publicity by you know who. Giving away cylinders like this when there are people in desperate need of oxygen is simply appalling.” He added another tweet, saying: “Jairamji, MEA never sleeps; our people know across the world. MEA also never fakes; we know who does.”

MEA checked with the Philippines Embassy. This was an unsolicited supply as they had no Covid cases. Clearly for cheap publicity by you know who. Giving away cylinders like this when there are people in desperate need of oxygen is simply appalling. @Jairam_Ramesh https://t.co/G3jPE3c0nR

This spat continued with Ramesh this time forwarding another tweet by the Congress party’s youth wing where it said: “We got a request for an urgent requirement of Oxygen Cylinders for 2 Covid patients in Philippines Embassy. The Cylinders were delivered at the embassy on a much-solicited request. Post delivery embassy thanked us on Facebook. All screenshots attached with names and number masked.”

MEA checked with the Philippines Embassy. This was an unsolicited supply as they had no Covid cases. Clearly for cheap publicity by you know who. Giving away cylinders like this when there are people in desperate need of oxygen is simply appalling. @Jairam_Ramesh https://t.co/G3jPE3c0nR

Jaishankar had another comeback addressed to Ramesh in reply: “I’d say don’t waste oxygen, literally or metaphorically. From a MEA that never sleeps – good night.”

Finally, the MEA came out with a statement, saying: “The Chief of Protocol and Heads of Divisions are in continuous touch with all High Commissions/Embassies and MEA is responding to their medical demands, especially those related to Covid. This includes facilitating their hospital treatment. Given the pandemic situation, all are urged not to hoard essential supplies, including oxygen.”

The episode raises several questions and points to a communication gap that is giving rise to speculations and varied statements leading to more confusion. Instead of a dense and terse bureaucratic statement that fails to reconcile contradictory reports and statements, the government of India should have put in place a channel of communication where queries on this sensitive issue — that may trigger misunderstanding in bilateral ties — could have been effectively addressed.

Similar and avoidable confusion has surrounded the distribution of foreign supplies pouring in from different parts of the world. What makes this controversy more damaging is that questions are being raised by foreign media on the accountability of the aid sent to India and of the last-mile distribution mechanism.

During a recent US Department of State media briefing, questions were raised on the “planeloads of material” that is being sent to India. The journalist wanted to know if there was any website or “transparent system” where people may get information on the aid because this in voles “accountability for the US taxpayers’ money.” In reply, deputy spokesperson Jalina Porter said: “as far as a specific website when it comes to tracking, we have nothing to read out or announce at this time.”

Similar queries were raised by Indian media and the Opposition. According to government data, around 300 tons of foreign aid including 40 lakh relief supplies landed in India since 25 April. And yet, till Tuesday (4 May) afternoon, there was no communication by the government on the whereabouts and distribution of these supplies.

Congress said, “The people of this country have a right to know where the relief material is coming from and where it is going.” AIMIM chief Asaduddin Owasi posted on Twitter: “Many countries are sending India a lot of aid, it is meant for all Indians, not for @PMOIndia alone, why don’t we know how much material has come and gone where?” A Delhi High Court bench “took strong exception to the delay in clearance of life-saving equipment by the Customs Department,” reports India Today.

It may be a gigantic, once-in-a-century crisis but trust the Indian bureaucrat to tie it in red tape. While trying to gather information on details the foreign aid, India Today reported that “while some have said that the (Union) ministry of health will look into the distribution, highly placed officials in the health ministry have pointed to the ministry of external affairs (MEA).” The report further notes that “there is an ‘Empowered Group’, headed by the transport secretary, which is supposed to coordinate distribution. But, when asked there, no ministry has been able to offer clarity on details about the consignments.”

In another report, India Today observes that “while the first consignment of COVID-19

assistance arrived in India on April 25, the Centre took seven days to frame the Standard Operating Procedure (SOP) of distributing these life-saving medical supplies among states even as hospitals begged for oxygen and people succumbed to the deadly disease.”

The report seemingly jolted the government into action. It issued a rejoinder on 4 May, refuting the India Today report as factually incorrect and “totally misleading”, and pointed out that while the SOP for allocations was issued by the Health Ministry on May 2, “the work for receipt, allocation and distribution to the States and UTs through the Central and other Health Institutions started immediately.” The release added that a “coordination cell under additional secretary [health] was created in the Health Ministry on 26 April, 2021, and started work instantly.

On the same day, the Union Ministry of Health issued a long press note, stating that 40 lakh relief supplies have been distributed to 38 Institutions across 31 states and Union Territories. The statement said goods are given high priority for clearance by the Customs, gave a detailed account of the logistics of the distribution procedure. The health ministry claimed a “streamlined and systematic mechanism for allocation of the support supplies received by India has been put into place, for effective distribution of the medical and other relief and support material” though one look at the system makes it apparent that the multi-layered procedure is anything but “streamlined”.

The government also clarified on the SOP (arrived at on 2 May) behind the allocation. According to the statement, “since such grant in aid would be limited in quantity, therefore it has to be optimally utilized by allocating it to high burden states… Spreading such grant in aid thinly each time, over a large number of states may not bring forth the desired results. It will also lead to small packages travelling large distances, high turnaround times and possible wastage of resources.”

The statement notified that basic customs duty and health cess on goods identified for defending Covid have been waived and IGST has also been waived when imported free of cost and distributed freely.

These rules were simplified and IGST waived off after media reports emerged of “a cumbersome clearance process and the IGST rates that saw even after reaching India, several consignments of oxygen concentrators were lying at airports due to IGST rules,” according to another India Today report.

And therein hangs a tale. If even emergency Covid aid has to pass through a torturous bureaucratic process then it speaks of a system that puts risk-avoidance ahead of efficiency. If true streamlining and fast decision-making is held up over fear of future controversies, then at least a communication mechanism should be put in place for disseminating authentic information so that needless controversies over the distribution of aid may be avoided.

What stopped the Union health ministry from releasing daily updates on the status of the aid that started arriving since last week? In absence of such communication, the gap was filled by speculative reports. Effective communication goes a long way in preventing misinformation and battling Covid. That is invaluable in a crisis.