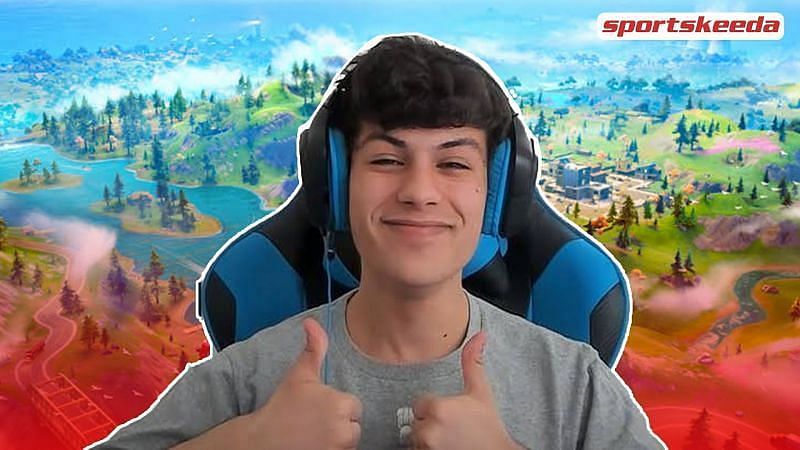 During a recent live stream, Ronaldo “StableRonaldo_” revealed that he is planning to quit Fortnite and make a switch to “chalk-board” streaming.

On March 24th, 2021, NRG Ronaldo criticized Fortnite’s report system. Five days later, he called Fortnite’s Chapter 2 Season 6 boring and suggested he will be playing other games for the time being.

During the recent live stream, he mocked the entire “chalk-board” and “hot-tub” streaming meta on Twitch and said that he is considering switching from Fortnite himself.

Ronaldo joined the NRG organization as a Fortnite pro in August 2020. He is recognized as one of the best Fortnite gamers around and has 2.1 million followers on Twitch. However, the Fortnite professional has hinted multiple times that he is considering quitting the game.

During a recent live stream, Ronaldo had this to say:

“I have been talking to a lot of people about my decision. I mean, it’s funny. I am laughing because the lobby is trying to guess what I am doing. I think it’s obvious. It’s going to be a quick stream. I don’t know what to say. There is a lot going on on Twitch. Obviously, I am not as happy as I used to be playing Fortnite, but I am deciding today whether you are going to support me or not. I am going to be making a switch. But uhm, my switch is..”

The Twitch streamer stood up, after which viewers could see that he was wearing his t-shirt in a “suggestive manner.” He played a loud song, stood up, and began to lip-sync and dance suggestively to the song. As it turns out, Ronaldo was joking about the “switch” to the entire hot-tub/chalk-board streaming meta. 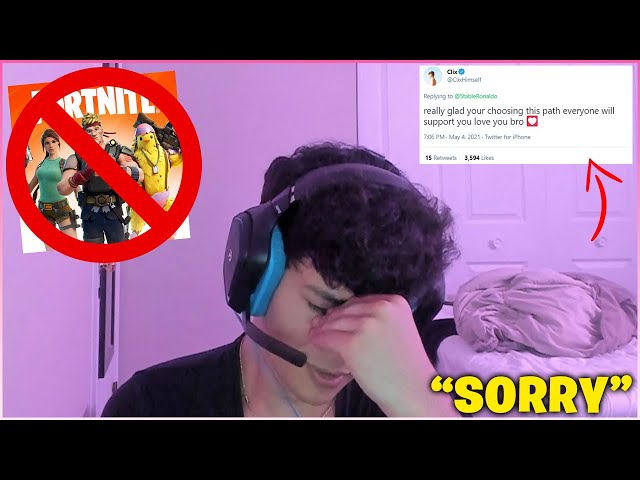 In the clip, Ronaldo called it a “yoga-stream” and promised to write things on his arm, face, and even shared his Snapchat id with people who subbed to his Twitch profile.

Additionally, he made innumerable suggestive signals and promised “wheel spins” to his viewers. Finally, Ronaldo switched off the stream and explained to his viewers that this was his new “career path.”

He then had this to say:

“I know my dad’s gonna hate me. I haven’t talked to you in five f***ing seventeen months something like that anyway, but this is my career path. So you guys either support me or you don’t.”

As can be seen in the clip, Ronaldo also referenced some popular “hot-tub” streamers like Jenelle “Indiefoxx” Dagres and Kaitlyn “Amouranth” Siragusa. He thanked the viewers who supported him and said that he will be taking over the meta one step at a time.

“That’s it man. That’s really it man. Thank you anyone who supports me. We will be back and I will be taking over the game. One step everyday.”

Towards the end, the streamer effectively told his viewers that he was only kidding. He pretended to be on a call with his mother and joked that the increased viewership will let him buy a “Maserati.”

“Yeah, I know mom. I just…are you serious mom? I know they fucking believed it. Oh my god! I am buying a Maserati.”

Why do y’all think I’m quitting fort, I swear I can’t play any games without people saying that, the season is boring for me so I don’t really wanna stream it right now and there’s no tourneys yet, and I’m having fun playing other things and branching out shit.

He last played Fortnite earlier today (6th May 2021), according to Twitch Tracker. Ronaldo may only have been joking about the yoga and hot-tub streams, but his disillusionment with Fortnite seems real.