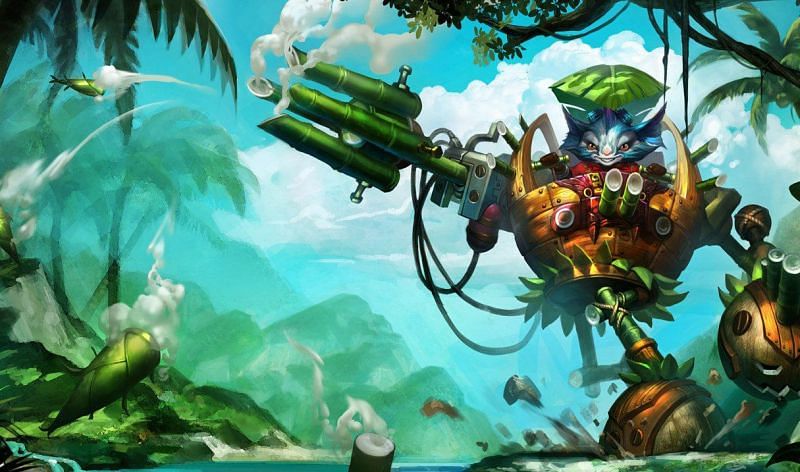 How to abuse Rumble Jungle in League of Legends season 11

“Rumble Jungle” has recently been one of the most talked-about roles in the current League of Legends meta.

Rumble remained unnoticed for a long time until Riot finally decided to rework on League of Legends’ inventor cat in patch 11.8. Their initial plan was to make Rumble more vulnerable when laning against maze champions and standing rigidly against tankier laners. Riot’s official patch description of Rumble’s buff reads:

“Although mid-Rumble’s been doing well, he’s been feeling rather tepid up in the top lane. We like supporting both sides of the yordle, so we’re finding a middle ground in power for both roles by making the top Rumble better at beating down tankier targets, while making mid-Rumble more vulnerable, particularly when laning against mages.”

But once Rumble received his much-awaited buff, there has been a huge craze in the competitive arena for picking him as a jungler and not a laner. According to stat site OP.GG, Rumble is currently being picked more often as a jungler compared to his usual top lane role.

League of Legends Analyst and T1’s caster Nick “LS” De Cesare considered Rumble to be “absolutely broken” as of patch 11.9 and placed him in the “Z” tier of junglers alongside Kindred. Riot’s experimentation with the Mechanized Menace has thus been fairly successful and spot-on.

Considering fans’ opinion, the Rumble Jungle is well set in the current meta. If he doesn’t get nerfed anytime soon, the upgraded version of the yordle champion will stay relevant for quite some time in League of Legends season 11.

Why is Rumble a game-breaker as a Jungler in League of Legends season 11?

With the buff, Rumble’s overheating bonus damage increased from 10 to 50 and it now deals 6% of the target’s maximum health. He also gains 50% attack speed when overheated, making him a menace for the League of Legends jungle camps.

So, if a player stacks two ammo charges of Rumble’s E, launches the first one, and successively hits his Q – Flamespitter, he can still use the second ammo to overheat, reducing the magic resistance of the opponent by a total of 25%. 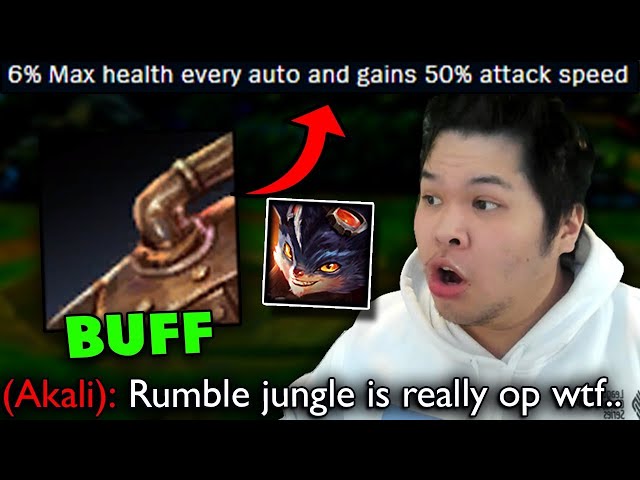 The 50% increased attack speed on his passive, helped Rumble out massively in terms of quick jungle clears. The buffs also helped League of Legends’ yordle menace receive a significant boost in both win and pick rates.

According to League of Legends stats site OP.GG, Jungle Rumble currently has a decent win rate of 49% as of patch 11.9. He also ranks 6th among all the junglers at 9.02%.

Dark Harvest is the preferred rune for Rumble Jungle in League of Legends season 11. It allows him to boost the damage he deals across the entire game. The easy stack of Dark Harvest grants him access to strong runes like Cheap Shot, Eyeball Collection, and Ultimate Hunter in the Rune Tree of Domination. Nimbus Cloak and Transcendence from the Sorcery Rune Tree also benefit Jungle Rumble massively. 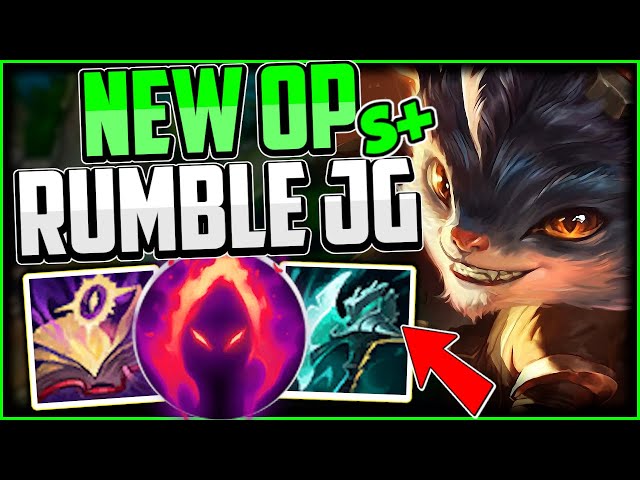 For starter items, Hailblade and Refillable Potion are the best picks for Rumble’s ability kit. Emberknife can also be used as a replacement for Hailblade. Build items like Night Harvester, Zhonya’s Hourglass and Morellonomicon provide him with a great combination of damage and utility.

Boots like Lucidity, Mercury’s, or Sorcerer’s can also be added to the Rumble Jungle build, to enhance his movement speed while he ganks and clears camp.