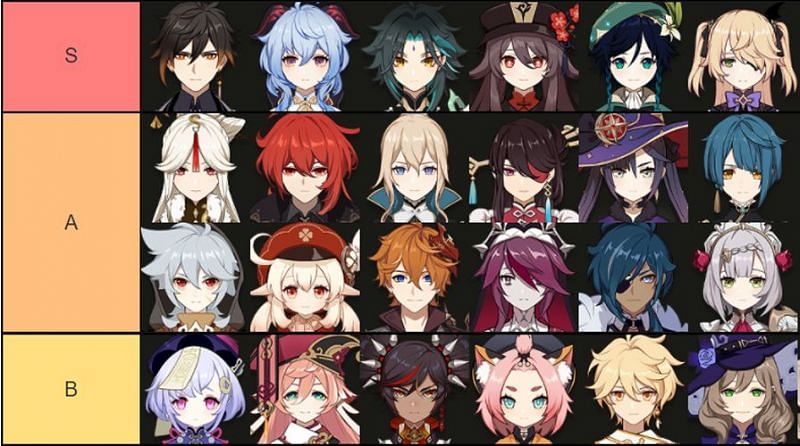 In a game like Genshin Impact, where players can play as many characters with unique play styles and personalities, it’s only natural that they compare the members on their roster.

Some players have made Genshin Impact tier lists of characters, weapons and more. And many players have referred to those tier lists to gauge other players’ preferences.

No tier list is accurate across the board, so many players enjoy making tier lists of their own. And this article explains the easiest way for players to do just that.

The easiest way for players to make their own Genshin Impact tier list is by using TierMaker.

In TierMaker, there are plenty of pre-built tier list templates to choose from. The tier labels are on the left column, icons are sorted into tiers in the middle column, and there are useful customization tools on the right.

To fill out the tier list, creators should do the following:

The following is an example tier list for Genshin Impact characters that uses the template found here.

This template has all the latest characters up through version 1.5, and includes the upcoming characters: Eula, Kazuha, and Ayaka. Creators who don’t want to group characters in this standard method can rename the labels to group by Vision, or to be based on the characters’ personalities.

Players have made tier lists for a wide array of subjects in Genshin Impact, and creators have published a lot of the more niche list templates on TierMaker for everyone to use. There are lists that compare enemies by how annoying they are, and there are lists describing which characters are most likely to bully the player in real life. Essentially, there’s something for everyone to create on TierMaker.

the genshin woodcutting tierlist i mentioned earlier … i just wanted an excuse to make tree puns with my friends haa ?? pic.twitter.com/uZxbCi1Zgh