Pudge the Butcher is the single most popular hero in Dota 2. His 1st skill, Meat Hook, is also the most popular ability in all of Dota 2.

Pudge has the all-time highest pick rate among Dota 2 heroes, with a staggering 34.38%. The 2nd highest, Phantom Assassin, is nearly 10% below Pudge. Pudge also has over 831 million matches played in Dota 2 history, the highest by a margin of over 230 million matches. 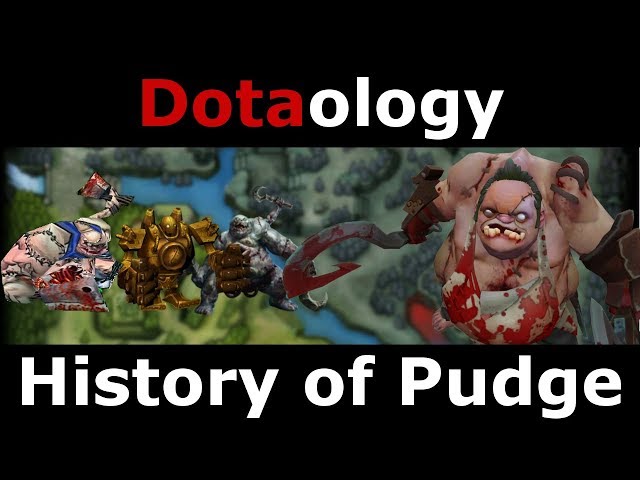 Pudge’s 1st skill, Meat Hook, is a skill shot that launches a hook in a direction and snags the first unit it encounters, dragging the unit back to Pudge and dealing damage if it is an enemy. This is the most iconic skill in all of Dota 2.

His 2nd ability, Rot, releases a poisonous cloud around Pudge, slowing enemies and damaging both Pudge and his enemies. His 3rd ability, Flesh Heap, is a passive that provides magic resistance and increases Pudge’s strength whenever a hero dies near him.

His ultimate ability, Dismember, is a channeled ability that stuns the enemy and deals damage based on Pudge’s strength.

How to play Pudge in Dota 2?

Pudge is a very skill-dependent hero. Players are advised against picking Pudge if they are not accustomed to the hero, as 9 times out of 10, they will become a liability for their team.

It is best to start with a lot of regeneration on Pudge. Pudge always lacks mana since his mana pool is very small. Wind lace is also very effective as the increased movement speed allows Pudge to chase down enemies with Rot.

With boots and Rot, Pudge can easily chase enemies down while dealing damage and can secure kills in any lane. Early in the game, players are advised to roam around the map using Smoke of Deceits to find out-of-position enemies.

A successful hook early in the game virtually guarantees a kill for Pudge’s team.

Pudge’s effectiveness reduces mid-game. Players need to itemize very carefully to maximize their effect on the game. Blink Dagger and Aether Lens are the two core items players must make. Blink Dagger is the best possible item for Pudge and players are advised to get one in their games.

Blademail can be effective against physical damage since Pudge has one of the lowest base armors in Dota 2. Likewise, Hood of Defiance and its upgrades are useful against magical damage. Force Staff and Rod of Atos can be beneficial as well since they allow Pudge to have a better positioning.

Players are advised to keep finding pick-offs during mid-game. If Pudge can hook an enemy and kill him before a team fight, their team gets an advantage as the team fight becomes 4v5.

If Pudge’s mid-game goes well, the hero can become a terrifying presence late in the game. Pudge’s ultimate deals damage based on his strength, and as a result, his ultimate can scale incredibly in the late game.

The Heart of Tarrasque is the best possible item for Pudge. It increases Pudge’s durability and damage output. Any strength item in Dota 2 is beneficial for Pudge. Blink Dagger and Aether Lens can also be upgraded to Overwhelming Blink and Octarine Core respectively. Finally, an Ethereal Blade can act as both a defensive and offensive item if used correctly.

Pudge in the late game is one of the best tanks in Dota 2. He can soak spells and damage for his team. Aghanim’s Shard can also save Pudge’s allies during team fights, healing them rapidly. 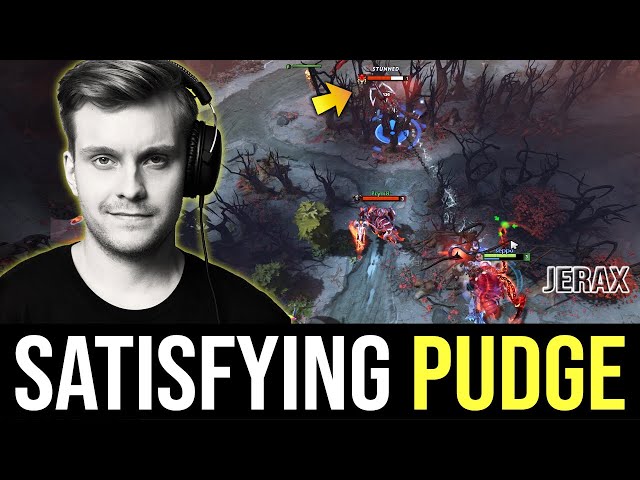 Perfecting the hero requires a lot of practice and experience. New players are advised against picking Pudge for the first few months of their Dota 2 careers.