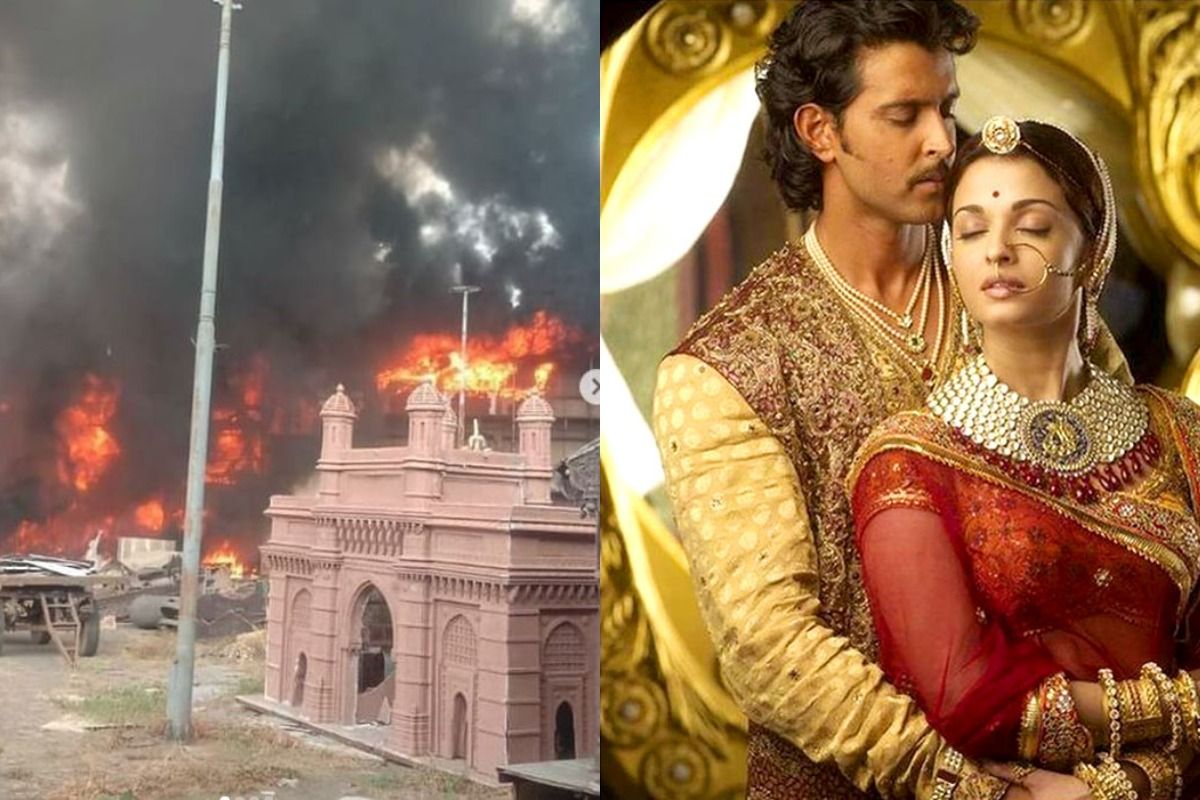 Mumbai: Hrithik Roshan and Aishwarya Rai Bachchan’s Jodhaa Akbar’s iconic set has caught up the fire apparently leading to a huge loss to the owners. On Friday, a massive fire broke out inside ND film studio which is owned by leading art director Nitin Desai, in Karjat Maharashtra. As per a report in PTI, the blaze erupted around 12.15 pm and no casualty has been reported so far, they said. The fire broke out at the set of Jodhaa Akbar, a 2008 movie starring Hrithik Roshan and Aishwarya Rai Bachchan, an official said. Plywood, PoP and other things were gutted in the fire, he said. Also Read – Abhishek Bachchan Recalls The First Time he Met Aishwarya Rai in Switzerland And ‘Crushed on Her’

Have a look at the pictures of burning set:

The exact reason behind the fire is being ascertained, he said. The fire brigade and police personnel reached the spot. No casualties have been reported since no shoot was happening due to the lockdown in Maharashtra. The fire was caused because of a fire on the railway tracks that touches the walls of the studios.

Jodhaa Akbar set was erected in 2007, which was directed by Ashutosh Gowariker. Later, Ekta Kapoor’s historical drama, Jodha Akbar, was also shot here between 2013 and 2014. The show starred Rajat Tokas and Paridhi Sharma in lead roles.