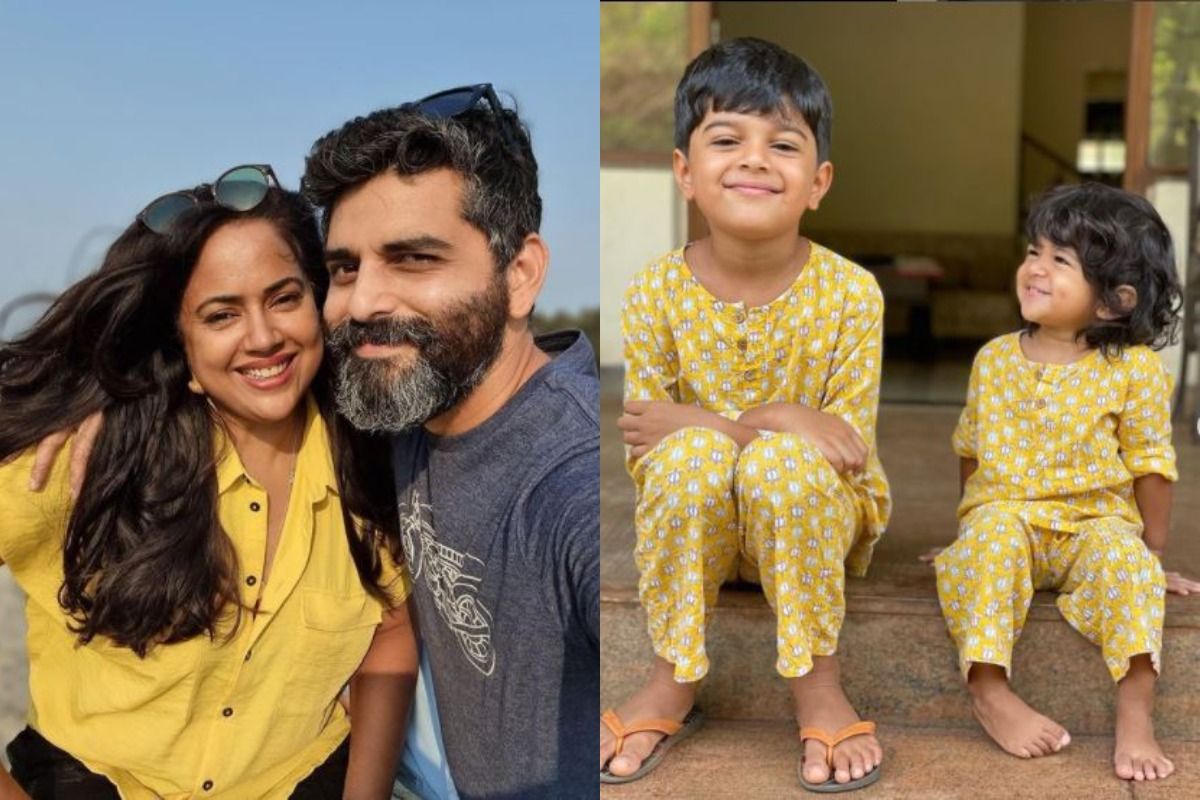 I Weighed 105 Kgs, Patches of Hair Fell Out of Head

Mumbai: Actor Sameera Reddy opened up about her struggle with postpartum depression after the birth of her son Hans. In an interaction with Humans of Bombay, Sameera said that initially she thought that she would be ‘one of those page 3 moms posing away for the shutterbugs with perfect bump’ as her idea of motherhood was influenced by Bollywood but she ended up weighing 105kgs at the time of her delivery. She further said that her husband Akshai Varde took care of the baby, from changing diapers to feeding him, while she was struggling with her emotions. Also Read – Yoga During Pregnancy: Easy And Best Yogasanas For Pregnant Women | Exclusive

She was quoted as saying, “My mom-in-law said, ‘Your baby is healthy, you have a supportive husband, why are you upset?’ I had no answer. After I was discharged, I cried; I also felt guilty for not being there for Hans. This continued for a year – I’d break down often. I was completely cut off from the film industry. I still weighed 105 kgs & was diagnosed with Alopecia areata; patches of hair fell out of my head.” Also Read – Surprise Baby! Woman Who Had No Idea She Was Pregnant, Gives Birth on a Plane

She then realised that this was a ‘deeper problem’ and decided to consult a doctor. She addressed all her issues, from being an overweight child to being part of an industry that constantly puts one under the scanner and she came out feeling like a new person.

“So, after 2 years of disappearing from everywhere, I joined social media. Even then, I’d be asked, ‘Are you going to be a yummy mummy or will you be ‘Sexy Sam’ again?’ But I refused to live a lie just to get followers! So I started talking about my problems – at first, I was trolled for not looking ‘perfect’ but it didn’t bother me. And in 2018, when I was pregnant with Nyra, I told myself, ‘I’m going to do this my way”, she added.

During her second pregnancy with daughter Nyra, she was ’40, scared and bloated’ but she wanted to do all those things that she lost the opportunity in the first pregnancy. She was honest about experiencing mood swings and did an inspirational underwater bikini shoot when she was eight months pregnant. She said that women reached out to her saying that she was inspiration for them.

Earlier, Sameera would get bothered with ‘slightest bufge under her underarms, she has now learned to love herself as she is.