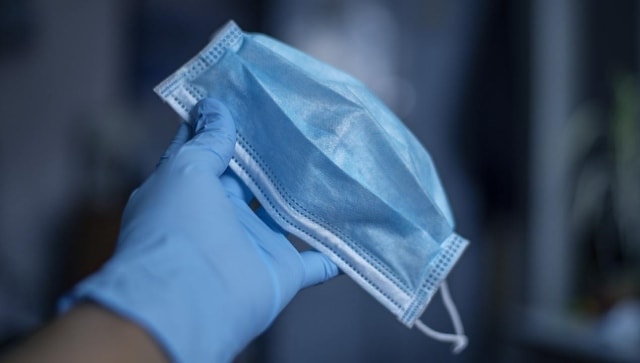 The woman, identified as Paramjeet Kaur, pleaded guilty to one charge each for failing to wear a mask over her nose and mouth while she was outside her residence, and for causing a public nuisance Singapore: A 41-year-old Indian-origin woman in Singapore was on Friday sentenced to two weeks’ jail and a fine of 2,000 dollars for not wearing a mask while she was outside her residence, according to a media report.

Paramjeet Kaur pleaded guilty to one charge each for failing to wear a mask over her nose and mouth while she was outside her residence, and for causing a public nuisance, The Straits Times reported.

Five other charges were taken into consideration by District Judge Ronald Gwee during sentencing. Three of these were for breaching COVID-19

regulations while the other two were for failing to report her change of home address and for refusing to sign her statement at a police station, the report said.

Kaur was sentenced to two weeks’ jail and a fine of 2,000 Singapore dollars, it said.

The judge backdated Kaur’s jail term to 5 May last year, when she was remanded in the Institute of Mental Health for two weeks. Kaur made headlines in May last year after she was caught on video not wearing a mask and engaging in a heated argument with passers-by at Shunfu Mart near Upper Thomson Road.

In the video clip, which went viral, she claimed that she was “sovereign”.

A man, who is off-screen, responds: “This doesn’t even make any sense. If you’re a person in Singapore, you have to follow the rules of Singapore.” But the woman replies: “That’s the thing – I’m not a person, I’m ‘we the people’. Kaur was arrested on 4 May last year and was charged the next day.

Following the incident last year, Singapore’s law and home affairs minister K Shanmugam said in a Facebook post that he had “checked up” what Kaur might have meant by claiming to be “sovereign”.

He said: “There is a movement in the US, and adherents to that movement, (broadly speaking) reject the government, reject the police and any kind of authority… Such people should not live within society – she should not expect any of the benefits that come from this system of governance, including her security, medical care, other benefits.”

For failing to wear a mask over the nose and mouth, a first-time offender can be jailed for up to six months, or fined up to 10,000 Singaporean dollars or both.

Repeat offenders can be jailed for up to a year, or fined up to 20,000 Singaporean dollars or both.