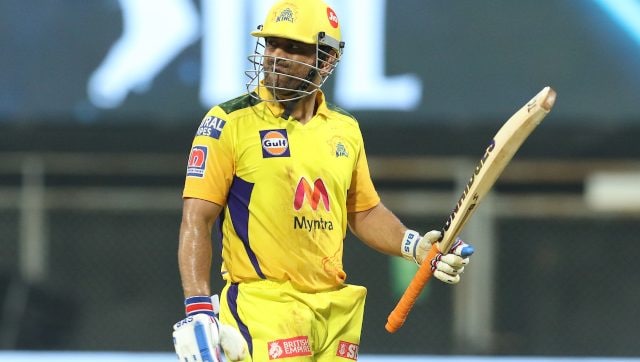 Mumbai: Chennai Super Kings skipper Mahendra Singh Dhoni on Monday said it is hard to “keep up” with younger players in the squad but it will be a “big positive” for the 39-year-old if they are not able to point fingers at him over his fitness.

The 39-year-old Dhoni, who retired from international cricket last year, admitted that “getting old and being fit are two difficult things”.

“When you are playing, you don’t really want anyone to say he’s unfit. I have to keep up with the younger guys, they are very fast, it’s good to challenge them,” Dhoni said after CSK beat Rajasthan Royals by 45 runs in their IPL match. “Performances are something that’s not guaranteed. I wasn’t guaranteeing performances when I was 24. I can’t guarantee when I am 40, but at least if people can’t point finger at me that he’s unfit then that will be a big positive for me.”

Talking about the match, he said he was glad CSK scored 180-plus, though he said they could have got more.

Dhoni scored 18 off 17 against RR and a higher strike rate could have helped CSK reach the figures of 200. He took six deliveries to get off the mark.

“Glad we scored 180, I thought we could have got a few more. This was one of the games where the first six balls I played could have cost us in another game. We have to be mindful of that and score as much as possible,” he said.

Dhoni said it was good to have Moeen Ali, who took three wickets from seven runs from three overs, as the wicket was turning a bit and becoming more sticky.

He said a lot has changed since last year when they finished seventh out of eight teams.

“The way we have prepared. The bowlers have been under the pump last year also, so they’re used to the conditions.”

Losing captain Sanju Samson said he thought it was a good score to chase down but his side lost too many wickets in the middle overs.

“Our bowlers bowled really well, they batted too deep. 10-15 runs extra we gave down the line. We lost the match but there are a lot of positives.

“The dew didn’t come and the ball was still turning, so it was a bit shocking to see.

“It’s important to maintain good composure, this format demands us to score at a higher risk rate, so it’s very normal to get out often. I keep working on the basics and giving myself some time at the centre.”