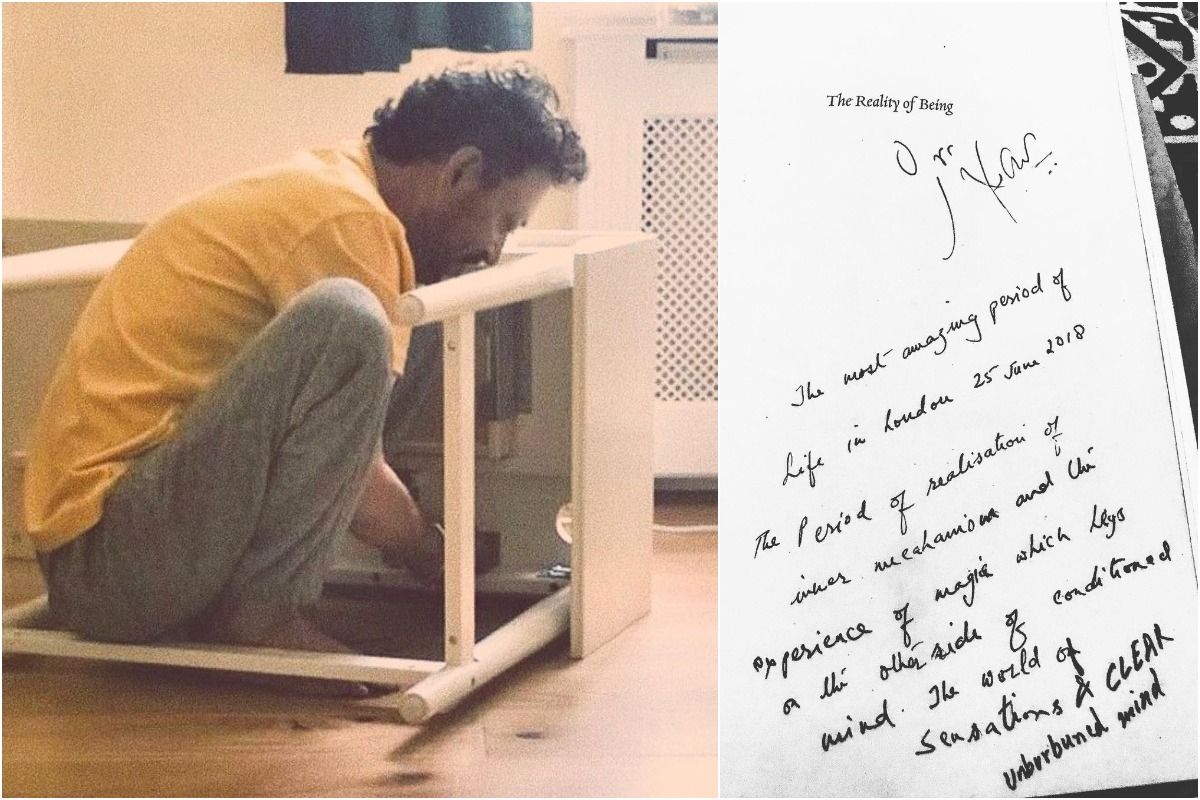 Late actor Irrfan Khan’s son Babil Khan made a special post on Instagram to celebrate the legacy of his father on his first death anniversary. Irrfan passed away a year back after battling cancer for over two years. In his post, Babil dropped a never-seen-before picture from his chemotherapy days in which he is seen constructing a study table for himself that his son reveals was meant for him to write his day-to-day journals. Also Read – Irrfan Khan, The Man Who Lives! Deepak Dobriyal Speaks | Exclusive

“Chemo burns you from the inside, so to find joy in the simple things, like building your own table to write your own journals. There is a purity, I have not yet discovered. There is a legacy that has already been concluded by my Baba himself. A full stop. Nobody can ever replace him. Nobody will ever be able to,” writes Babil in his post. He goes on to remember the ‘best friend’ and the ‘best father’ in the world, and wishes to be with him in travelling to the ‘furthest parts of a blackhole singularity’ he was always intrigued by. Check out Babil’s full post here: Also Read – Irrfan Khan’s Death Anniversary: His 10 Unpopular Films to Watch Once in a Lifetime

In another post on Instagram, the aspiring actor shared the picture of a hand-written note by his father in which he talked about experiencing the best days of his life in London. Irrfan wrote about how he was finally able to the ‘world of sensations and clear unburdened mind’. The late actor’s note read: “The most amazing period of my life in London 25 Jan 2018. The period of realisation of inner mechanism and the experience of magic which lays on the other side of the conditioned mind. The world of sensations and clear unburdened mind.” (sic)

Irrfan was diagnosed with a neuroendocrine tumour two years before he breathed his last. He died at the Kokilaben Hospital in Mumbai on April 29, 2020. May his soul rest in peace!