Pokimane had suggested that these bigger Twitch streamers might have 50k subs and still put up goals of getting another thousand subscribers. The streamer criticized the use of marketing techniques such as milestone goals and on-stream sub counts and called them unnecessary and greedy.

Pokimane did not mention any names. However, some of her viewers suggested that both Mizkif and HasanAbi engage in such practices, leading to responses from the two streamers.

As can be seen in the clip below, Pokimane criticized “big streamers” who regularly put on-stream sub counts and stream goals. She explained that the bigger streamers are already earning enough money to not have to use such marketing techniques.

“People who have like 50k subs and they’re saying ‘let’s get to 51k!’ all the time ⁠— and I hate telling people what to do, but I find that off-putting. You make so much money, you must be very, very well aware doing that is such an easy and clear marketing tactic to convince people to give you even more money. That’s crazy. Is that really necessary? It’s just really not!”

Currently, Pokimane has around 8.3k subscribers on Twitch, along with around 7.7 million followers. The streamer also talked about how her Twitch community had always supported her, and called streamers who use marketing techniques despite having a large number of subs “greedy.”

“There’s greediness, there is wanting to just accumulate a lot of wealth which I don’t even think is a bad thing, but you have to consider, when you’re a streamer, a lot of the wealth you’re earning is from other people’s pockets, typically from people who make less money than you. That’s why, if I don’t need the money to sustain myself, I (avoid) using those ‘tactics’ to squeeze more money out of people. There’s a balance.”

In response, HasanAbi defended the practice and explained his perspective. He said that people tend to abuse him if he doesn’t have his “sub-count” up.

“You think this is the first time I’ve talked about having a sub count. I’ve literally talked about it, like, a million times. People say I’m a fake leftist Andy all the time. If I don’t have the sub count up then “Oh dude, I can’t believe you’re hiding your sub count. You’re a f**king piece of sh*t.””

Hence, it appears as if HasanAbi instead gets criticized by viewers when he does not show his “sub-count”. HasanAbi currently has over 41k subscribers on Twitch, while Mizkif has around 16.5k subscribers on the platform.

In response to Pokimane’s criticism, Mizkif explained that he is too “shallow to care.” He also claimed that Pokimane couldn’t have been talking about him as he does not have a lot of subscribers on the platform.

“She is not talking about me, there is no chance. I have 17 thousand subscribers on Twitch. I cant even get to 25,000. Listen, here’s my philosophy on this. I am shameless as hell. I don’t care. This is the least shameless thing about me. I get why Hasan is trying to farm subs ’cause that dude is not getting any sponsors because he is a political Andy. I am shameless. I don’t care.” 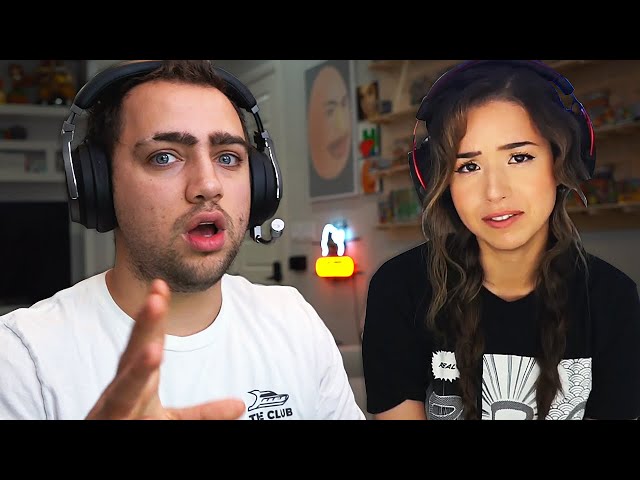 As can be seen, Mizkif did not think that Pokimane was specifically talking about him. He explained that the viewer who clipped the stream in question probably only wanted to troll him, as can be seen in the video above.