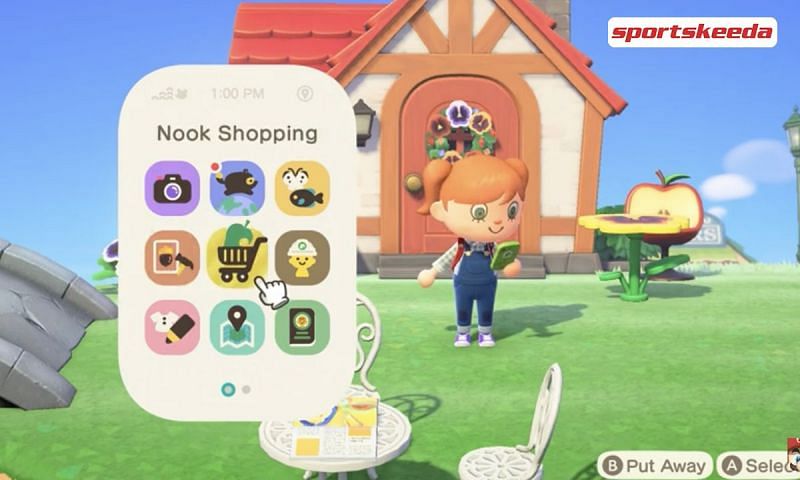 Animal Crossing: New Horizons’ 1.10 update went live earlier this month and will add six new events to the title. Be that as it may, the game hasn’t seen a significant update in a long time, which has irked its honest patrons.

Nevertheless, Animal Crossing players have witnessed some unseen changes in their islands that hit the game on account of its first anniversary earlier this year.

Since then, numerous leaks have surfaced on the internet, insinuating that the title might soon see some new changes. These include the possibility of museum expansion and fence customization, subjects of much tittle-tattle in the community for some time.

Animal Crossing: New Horizons tries its best to replicate reality, and to be able to do so, the devs have provided each villager on the island with a Nook phone. Each villager also has a distinct phone case.

According to recent reports, more such intriguing cases might be coming to the fifth title in the long-running franchise via upcoming updates.

All villagers in the game have their own phone cases that are basic initially, representing their own characteristics. However, these get upgraded with time.

Interestingly, all the new phone cases are unlocked based on the player’s friendship with Sable. Moreover, leaks suggest that new villagers will arrive in the game, reiterating that several new phone cases will be available sooner rather than later.

Tormiter is the first character that will arrive in-game. He is a beloved character in the Animal Crossing community and has appeared in previous entries in the franchise.

For those unaware, Tormiter was the mayor of the island before Isabelle took over. He may have a very tropical phone case that will go with his Tortimer Island and role in Animal Crossing: New Leaf.

The second character rumored to be coming soon is Kapp’n, a great escort and very recognizable in the Animal Crossing community. His phone case might match his floral shirt design.

The last few weeks have been full of surprises, and fans know that Animal Crossing leaks have been very credible. This also serves as a massive attempt on the part of the devs to try to sustain the player base of Animal Crossing, which took an enormous hit because of the lack of new updates.

Also read: Valkyrae hits out at misogynistic comments suggesting she became 100 Thieves co-owner because “she has t**s”