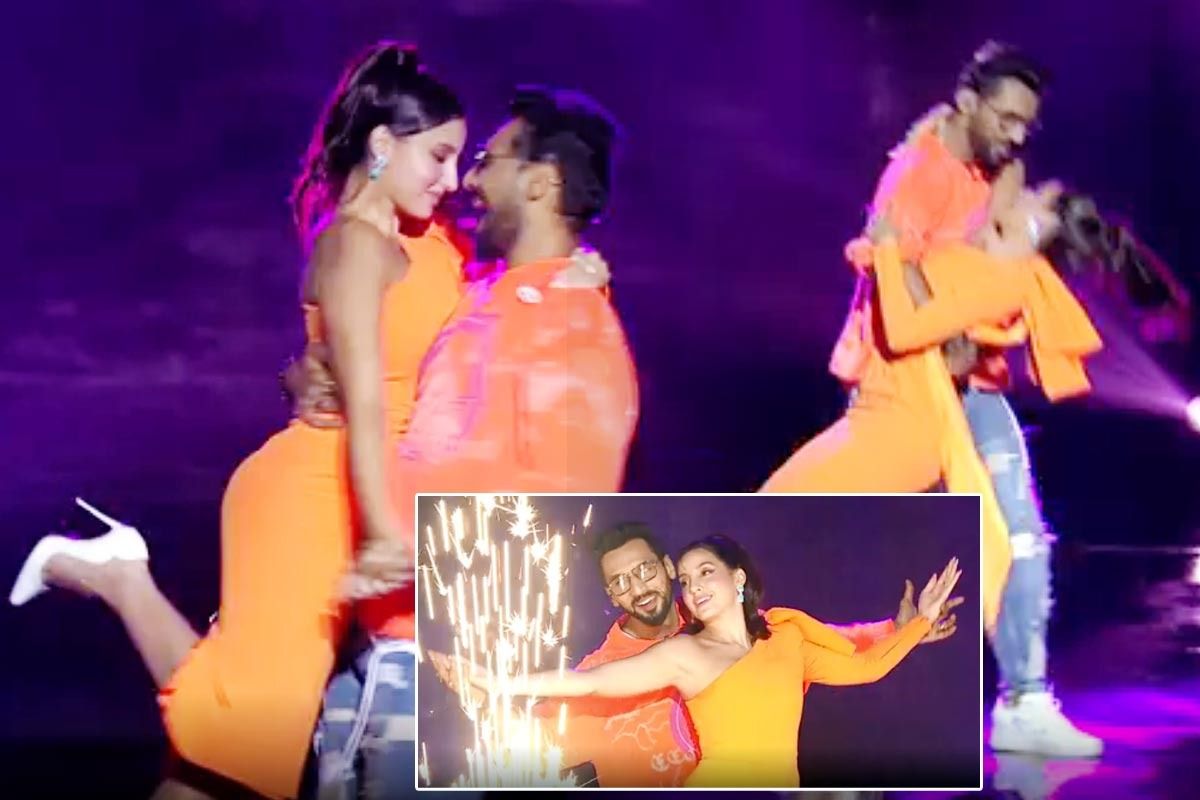 Bollywood’s favourite dancer Nora Fatehi will once again set the stage on fire of the dance reality show, Dance Deewane 3. In the latest promo shared by Colors, Nora can be seen having a steamy dance with judge Punit Pathak. They can be seen dancing to the popular Shah Rukh Khan song ‘Janam Janam’ from the film Dilwale. Their chemistry is absolutely remarkable. Also Read – Ahead of Salman Khan Starrer Radhe, Shah Rukh Khan’s New Film To Hit Theatres

She will also be seen grooving to her popular track ‘Saki Saki’ along with choreographer Tushar Kalia.

Earlier, a video went viral on social media where Nora and Madhuri Dixit had a face-off on the stage of Dance Deewane. In a video shared by colors tv, Nora can be seen grooving to Madhuri’s song ‘Choli Ke Peeche Kya Hai’ and Madhuri dances to Nora’s hit number ‘Ek Toh Kum Zindagani’. At the end of the video, contestants and judges cheer for both the actors. While Nora looks breathtaking in one should orange dress, Madhuri looks gorgeous in red shimmery saree.