Apex Legends Season 9 went live recently, and popular streamers reported encounters with a cheater named Tufi in-game. The entire Apex Legends community is furious and are demanding that the developers hand the cheater a lifetime ban from the game.

Popular content creator iLootGames uploaded a video to YouTube discussing how the cheater Tufi is ruining Apex Legends Season 9. He mentions how this particular cheater has worked his way around in-game bans, and is still at large.

The YouTuber mentions that Respawn Entertainment has failed to reprimand the cheater and this is unacceptable for the Apex Legends community. Tufi has been targeting pred lobbies and has enraged streamers throughout the start of Season 9.

In light of this recent development, this article will focus on who Tufi is and how the cheater is ruining lobbies for players in Apex Legends Season 9. 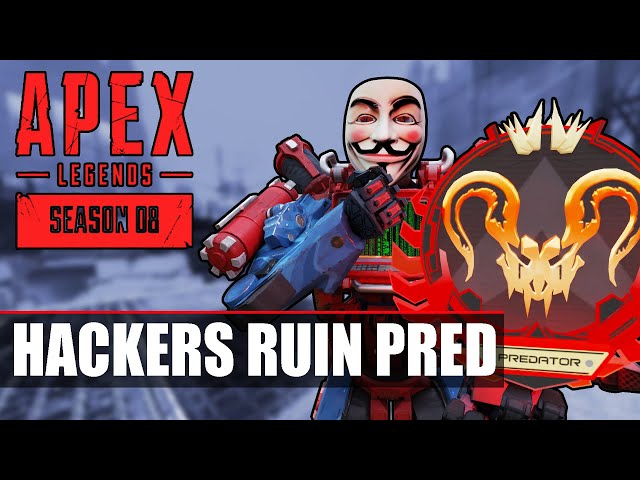 In a recent video, YouTuber iLootGames started out by talking about Tufi, a cheater who is hassling players in Apex Legends Predator (pred) lobbies. Predator is the highest rank a player can achieve in Apex Legends and this cheater has successfully infiltrated their lobbies. This is one of the major reasons why the community is frustrated with this cheater.

iLootGames mentions that although there is an anti-cheat in Apex Legends, it can be bypassed by hackers and cheaters. He mentions that this is a problem in every popular title as bypassing the anti-cheat has become a common phenomenon amongst hackers in the gaming culture.

“In the early days of cheating on CS: GO, there was a voting system that would allow people to mass vote out someone in the lobby.”

He also points out that this isn’t the case with Apex Legends. The due process for reporting and banning cheaters in-game is quite extensive and time consuming. He highlights that Apex Legends has a queuing system that is greatly flawed and needs fixing. The system prevents normal players from entering pred lobbies, but the cheaters have found a way around this.

The YouTuber explains the process hackers like Tufi use to bypass the anti-cheat system and avoid permanent bans. They create a new account and use spoofers to fake their PC’s hardware information.

iLootGaming remarks about how the players are forced to do as Tufi says in-game because they cannot get him out of their lobbies. He mentions how ImperialHal, one of the greatest Apex Legends streamers of all time, recently fell victim to Tufi’s cheating in-game.

Tufi threatens the top players in the lobby to fist-fight each other in-game, and if they don’t, he simply kills them all. Tufi has become one of the most hated figures in the Apex Legends community because of the sort of sadistic entertainment he derives from threatening others.

However, obeying the commands of a cheater is similar to teaming up with him/her in-game. This is majorly frowned upon, and several creators criticized players who comply with Tufi’s demands.

Well you see if we shoot back at them then they insta kill us and they’ll stream snipe us to the point where we either get off ranked or forced to hide our screen and play on a server with 200+ ping constantly , I think I much rather be able to do my job honestly 🤷‍♂️

Popular streamer @HisandHersLive Tweeted saying that Apex Legends players should not comply with Tufi’s demands in-game. ImperialHal’s comment on the Tweet reflected how players are stuck in the Tufi-conundrum and cannot find a way out.

He points out that Tufi has been a part of the Apex community for quite a while now and the developers cannot figure out a way to ban him. He is present in almost every pred lobby and this is why players are complying with his demands.

I love streaming Apex Legends. But I don’t love being forced to turn stream off by a stream sniping hacker.

I’m sure every other streamer feels the same way, our income and the game itself is literally controlled by cheaters. Lol.

NRG Rogue, one of the top pred ranked players, took to Twitter to mention that he loves streaming Apex Legends, but their income is currently being controlled by these cheaters. Tufi has become an urban legend in Apex Legends and there is not much players can do about it.

So there’s a hacker named Tufi single-handedly ruining Apex Legends. He aimbots, crashes lobbies, locks players out of the game, even delays tournaments. The devs can’t do anything to stop him. His only match? A streamer that calls himself the solo queue warlord… pic.twitter.com/xd0Y0h0uJr

iLootGaming revealed that he spoke to Tufi and the cheater had a lot to say about his actions. Tufi has targeted pred lobbies on European servers, but that’s not all.

The YouTuber asked him why he cheats in pred lobbies, to which Tufi replied that he does it just for fun because he gets to troll streamers. He enjoys his cheater’s reputation, and he likes how players are afraid to face him in-game.

Tufi also mentioned that he pays about 50 euros for his Apex Legends cheats. He highlights how cheaters can tweak their hardware ID in order to stay safe from permanent bans. According to iLootGaming, Tufi is cheating in Apex Legends for a reason.

He remarks that he agrees with Tufi’s methods as the cheater is trying to get the developers to fix the game. He points out that the reason why popular players comply with him is that they know Tufi isn’t malicious like other camping-cheaters.

Rumors suggest that several players in the Predator ranks cheated to push rank in Apex Legends lobbies. iLootGames highlights how speculation suggests that there is one particular Twitch streamer who cheats without getting exposed. He did not mention the streamer’s name due to privacy issues. However, he pointed out that the creator averages about 200 views on his Apex Legends streams.

He concludes with the fact that none of this is going to change until Respawn fixes the server-side checks to identify cheaters in pred lobbies. While there is no official news from the developers, the best players can do is to wait for a fix that would change the state of affairs in Apex Legends Season 9.