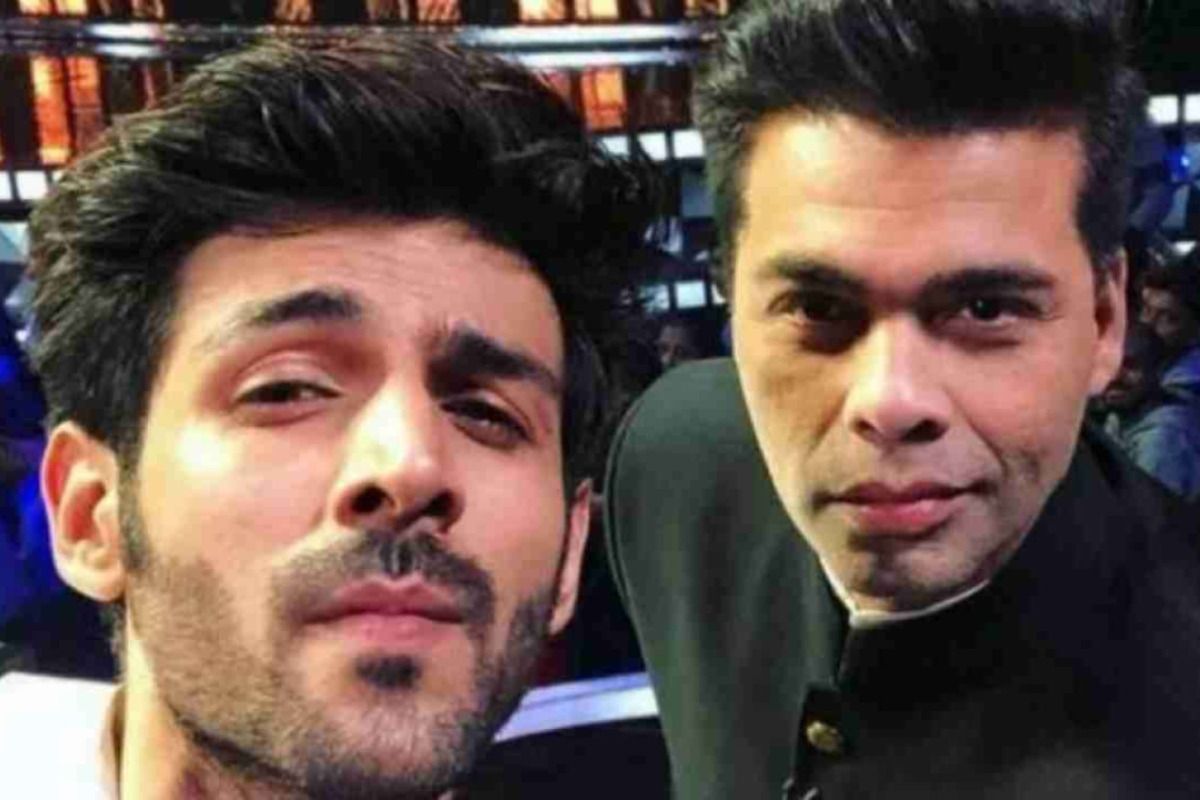 Real Reason Why Karan Johar Ousted Him From The Sequel

Mumbai: Actor Kartik Aaryan was ousted from Dostana 2 by Dharma Productions. Soon after the news broke out, many controversial theories were doing rounds on social media. In fact, the sources even claimed that Dharma Productions or any other film business of Karan Johar has vowed to not work with Kartik again. While Dharma Productions cited that ‘professional circumstances’ as the reason to drop Kartik out of the film, the latest reports suggest that it was more to it. Also Read – Hanuman Jayanti: Rhea Chakraborty Wishes For Strength, Kartik Aaryan Hails Covid Warriors on Sacred Occasion

An insider revealed to Bollywood Hungama, “Kartik Aaryan had come on board Dostana 2 in 2019 for a minimal amount of Rs. 2-3 crores, and at present his market value is upside of Rs. 10 crores. At first, he asked Karan for a hike in his acting fees mid-way as his market value had gone up big time in the last two years. While Karan believed it was unprofessional on Kartik’s part to renegotiate the remuneration mid-way, he tried to compensate him with another film, Mr. Lele. Kartik also agreed to come on board the said film and was all charged up for a quirky ride. But to his surprise, he found himself replaced all of a sudden by Vicky Kaushal without being notified. Kartik was also upset with Dharma Productions when they gave Shashank Khaitan’s Yoddha to Shahid Kapoor. Although Shahid soon quit, they never approached Kartik for the role anyway.” Also Read – Kartik Aaryan’s ‘Corona Band Karo Na’ Rap From Last Year Looks More Relevant Today – Watch

See also  I Weighed 105 Kgs, Patches of Hair Fell Out of Head

Later, Karan Johar offered him another film, a cricket story by Gunjan Saxena fame director Sharan Sharma. To be on the safe side and avoid being dropped out of the film, Kartik asked Karan to execute and sign a contract with him. Also Read – Why Karan Johar Never Released Koochie Koochie Hota Hai – Animated Version of K2H2 Despite Dropping Its Trailer

The insider continued further, “Meanwhile, Kartik continued giving reasons of the Covid 19 pandemic to not start shoot for Dostana 2, and Karan didn’t push him much either given their relationship. But when he shot for Dhamaka, Karan was upset. They had an indoor meeting where Karan expressed his disappointment.” Kartik was clear he wouldn’t shoot for Dostana 2 till he signed Sharan’s next and apparently told Karan, ‘I will shoot for Dostana 2, only after you sign the contract for Sharan Sharma’s next.’ Karan felt there was a total lack of trust and couldn’t commit to the film until the script and screenplay were locked”, the insider continued.

Meanwhile, Karan decided to go ahead with the shoot of Mr Lele starring Vicky Kaushal and Janhvi Kapoor from April onwards. The moment Kartik heard about the development, he informed Karan Johar that the only dates available for Dostana 2 this year were from April onwards. As per the insider, Karan understood what Kartik was doing and reprimanded him for that. Karan became upset with Kartik as Janhvi had to pick between Dostana 2 and Mr Lele. Post the incident, Karan and Kartik stopped speaking with each other.

The insider further said, “Karan felt it was unprofessional on Kartik’s end to arm twist, and this finally led to a big fall out between the two, with things going ugly. Kartik on the other hand felt he was horribly underpaid for the job, as he was definitely the biggest selling point of the film and Karan was not keeping up his promise of a second film. Kartik also developed some issues with Janhvi Kapoor, due to their break up and it all culminated into a big fight, with money, like always coming in the center. All issues might have been resolved, but unprofessionalism took things to a different tangent, and Karan was left with no choice but to oust him from Dostana 2.”