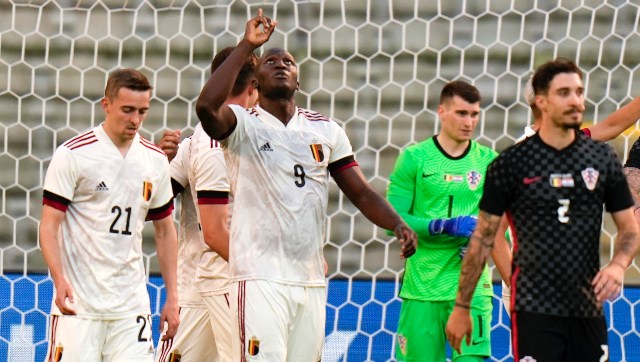 Belgium, the world’s top-ranked side, beat the 2018 World Cup runners up 1-0 thanks to a first half goal from in-form Romelu Lukaku, fresh from winning the Serie A title with Inter Milan. 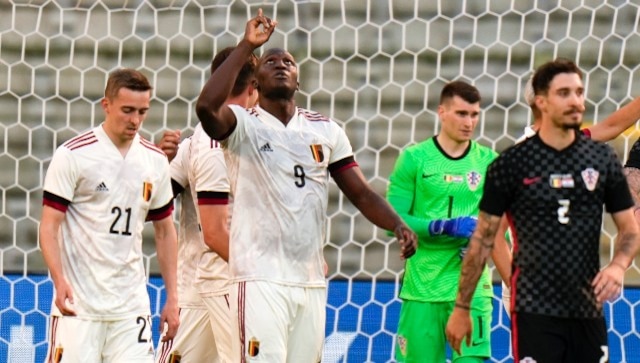 Romelu Lukaku celebrates after scoring against Croatia in an international friendly ahead of Euro 2020. AP

Paris: Belgium and the Netherlands completed their Euro 2020 preparations on Sunday with respective wins over Croatia and Georgia.

Belgium, the world’s top-ranked side, beat the 2018 World Cup runners up 1-0 thanks to a first half goal from in-form Romelu Lukaku, fresh from winning the Serie A title with Inter Milan.

Roberto Martinez’s side will be one of the favourites to win what would be their first ever major international trophy and line up in Group B alongside Denmark, Finland and Russia.

In a tight match it was Lukaku, 28, who was the difference between the two sides in a cagey contest, and he was unlucky not to open the scoring in the 31st minute with a wonder goal.

Holding off three Croatia defenders, Lukaku unleashed a curling shot which looked to be heading in before it crashed out off the bar, with Yannick Carrasco’s header on the rebound also thudding onto the woodwork.

However he gave his side the lead seven minutes later when he pounced following confusion in the Croatia penalty area and lashed home his 60th international goal.

Few clear-cut chances came along after that, but Lukaku should have netted his second of the night with a minute remaining when his close-range header was somehow kept out by Croatia goalkeeper Dominik Livakovic.

The Dutch had an easier time of it with a 3-0 win over Georgia.

Frank de Boer’s team will be aiming to make a big impression at their first major tournament since the 2014 World Cup and play all their Group C matches with Ukraine, Austria and North Macedonia in Amsterdam.

They took the lead in the 10th minute through a Memphis Depay penalty and the Lyon forward was unlucky not to double his tally six minutes later, with Giorgi Loria pulling off a marvellous save to deny him.

Loria made another magnificent stop just before the break, tipping away Frenkie de Jong’s long-range drive which was arrowing into his top right-hand corner.

Wout Weghorst did make it two 11 minutes after the restart when he collected impressive Depay’s well-time through ball and lashed home from close range.

Loria continued his superb display between the sticks with another great save from Depay’s drilled effort from the edge of the area, but couldn’t stop Ryan Gravenberch from adding a third with 14 minutes left.

The 35-year-old had again denied Depay, this time from inside the area, but Ajax teenager Gravenberch followed up to nod home and complete the victory.

Denmark also go into the tournament on a high after seeing off Bosnia and Herzegovina 2-0 in Brondby.

Goals from Martin Braithwaite and Andreas Cornelius were enough for Kasper Hjulmand’s side to grab the win ahead of their opening Group B fixture with Finland in Copenhagen on Saturday.

Austria drew 0-0 with Slovakia while Scotland scraped a 1-0 win over 10-man Luxembourg ahead of their first major international tournament appearance for 23 years.