Samsung has introduced a new range of Neo QLED TVs, both in 8K and 4K in India. As per a press release, the new TV lineup comes equipped with three Samsung technologies that act as their highlights. There are the Quantum Mini LEDs, which are controlled by the Quantum processor and the Quantum Matrix tech. The new Samsung TVs are powered by the Neo Quantum processor, which makes use of up to 16 neural networks to enhance the picture quality to 4K and 8K irrespective of the input quality. 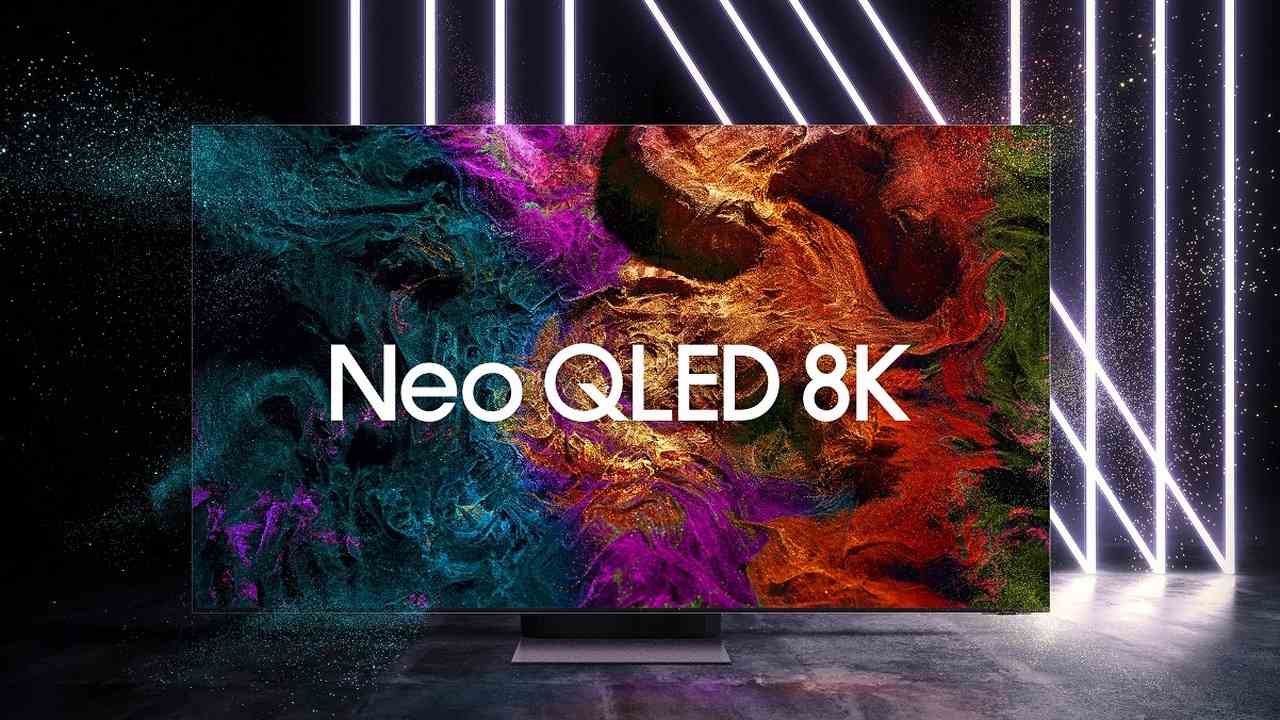 Witness details within the details with the #NeoQLED8K. Pre-book before April 30, 2021 and get up to 2 units of Tab S7+ or one Tab S6 Lite. T&C apply. https://t.co/s3dXE5Wo76 #NeoQLED #Samsung pic.twitter.com/xOVqw5ugoC

They are also focused on gaming and come with the Motion Xcelerator Turbo+ feature, which calls for an immersive gaming experience. This includes a Super Ultra-Wide Game View and Game Bar for PC games and Auto Low Latency Mode for lag-free gaming.

The TVs come with Infinity One Design for minimal bezels with Quantum Mini LEDs. The LEDs are 40 times smaller than the usual LEDs and allow for fine light, better contrast, and improved brightness. There is support for a 120 Hz refresh rate.

Raju Pullan, Senior Vice President, Consumer Electronics Business, Samsung India, in the press release said, “Staying indoors most of the time has altered television consumption patterns. Consumers today prefer buying large-screen premium TVs that not only lend a distinguished style statement to their living spaces but also offer a great viewing experience. With Neo QLED TVs, the next generation of QLED TVs, we are delivering breakthrough enhancements that allow consumers to unlock the full power of immersive TV viewing”.

There is also support for various audio features such as Object Tracking Sound Pro to function as per the movement of objects on the screen and SpaceFit Sound to keep in mind the surroundings of the TV installed and improve the sound accordingly.

Additionally, the new Samsung Neo TVs come with Samsung TV Plus for free access to content, TV shows, and more.

The 2021 Samsung Neo OLED 8K, 4K TVs start at Rs 99,990 and will be up for grabs via Samsung retail store, Samsung online store, and leading offline/online stores.

Currently, they are up for pre-orders. Those who pre-book can get complimentary Galaxy Tab S7+, Galaxy Tab S6 Lite LTE, cashback of up to INR 20,000, and an EMI option. From 19 April, the pre-bookings can take place via Amazon India, Flipkart, and leading retail stores too.