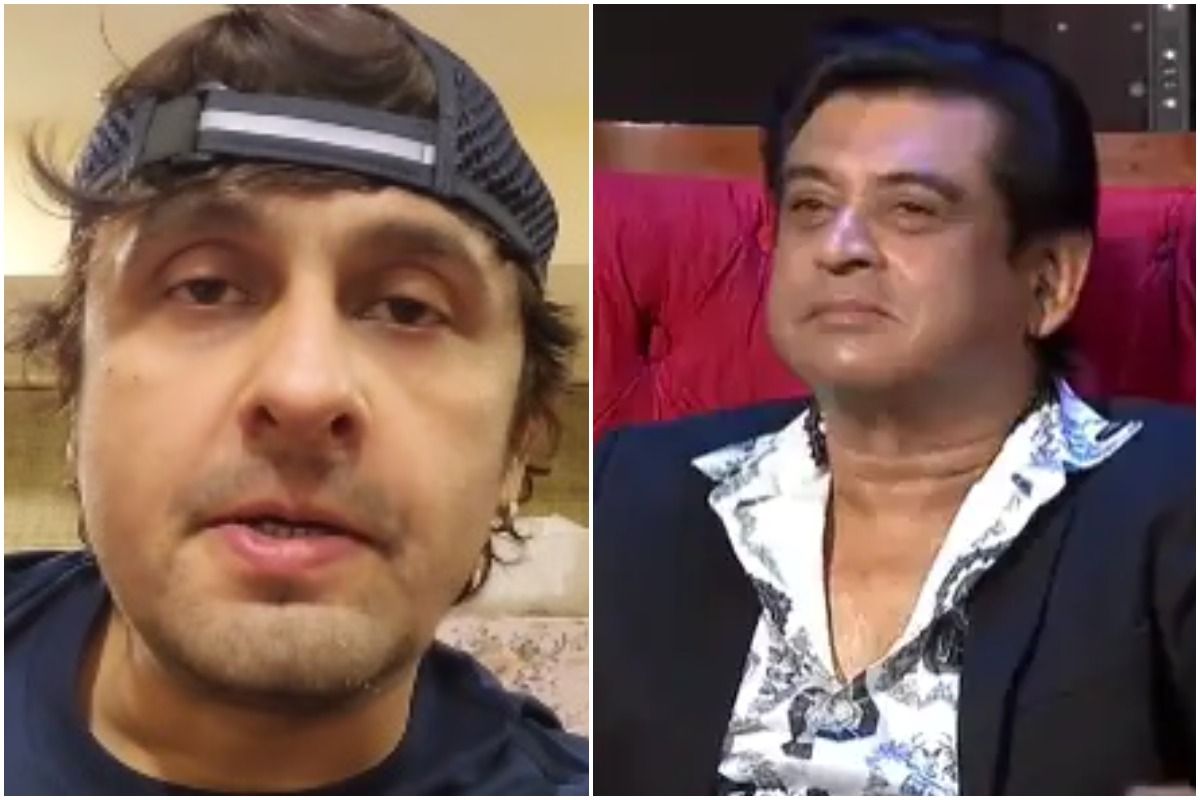 Sonu Nigam breaks silence on Indian Idol 12 controversy: Singer Sonu Nigam released a video commenting on the entire Indian Idol 12 controversy. Defending the show and the chief guest, Amit Kumar, the popular playback singer said that the audience should cut some slack to the contestants who are trying their best to entertain them and working very hard to polish their skills. Sonu said that no one can sing like Kishore Kumar and his son, Amit, who appeared in one episode, is a man of great repute. Also Read – Abhijeet Sawant’s Shocking Claims About Indian Idol 12, Eliminations, And Love For Pawandeep Rajan | Video

Sonu, who has judged the reality show for many seasons, added that Amit Kumar said something in an interview, and then it was roasted to get vicious headlines and sensationalise the entire issue which should be stopped now. The ‘Ye Dil‘ singer added that the audience should understand that the established artistes from the industry will not be asked to discourage the contestants because they are still kids who are learning for tomorrow. In the video that he shared on Tuesday, Sonu said that the love and respect Amit Kumar has received from the industry should not be mocked for no reason. Also Read – Indian Idol 12: Vishal Dadlani Confirms ‘Not Returning’ to Singing Show- Here’s Why?

The singer went on to talk about all others who are associated with the show including Aditya Narayan and Manoj Muntashir and requested them to stop talking about the issue in the media. “Kabhi kabhi Saraswati nahi baiththi hai… sab ke sath hota hai,” he says in the video that has now gone viral on social media. The caption of Sonu’s video on Instagram read, “#SonuLiveD | VLog 116
A message to everyone regarding Indian Idol and Amit Kumar ji.
Also, No one knows Kishore Kumar ji more than Amit Kumar ji.” (sic) Also Read – Indian Idol 12 Controversy: Manoj Muntashir Slams Amit Kumar For ‘Taking Money And Then Criticising The Show’

Sonu’s point-of-view on the entire matter received a thumbs up from his colleagues including Abhijeet Bhattacharya and Kumar Sanu. Mentioning that he will be appearing on Indian Idol 12 soon, Abhijeet said that he shot the episode with the contestants and found them extremely talented. The Chalte Chalte singer said that he got to learn a lot from the contestants on the show and the entire controversy is about nothing. “Well said Sonu ? I’m coming for the 1st time on @indian.idol2021 this week .. found Super talented singers there, no idea what Amit ji commented , but let me reveal that I learned a lot watching his performances, he is one of the greatest showman.. love and respect for Amit Dada,” he said.

Kumar Sanu, who had talked about maintaining decorum while speaking about Amit Kumar in an interview recently, reiterated that this should end here and the contestants should be encouraged to do better. “Very well said Sonu! I also said the same in an interview yesterday. I respect Amit da so much and no one can sing like Kishore Da. Bachche kya bade nahi ga pate unki tarah. He’s a huge inspiration to everyone ? Amit da is a great singer and deserves only respect,” he wrote in the comments.

Indian Idol 12 recently organised an episode to celebrate the legacy of legendary singer Kishore Kumar. The episode saw the singer’s son as the chief guest. After the episode, a section of the audience took to social media to express resentment with the way both the contestants and the judges performed Kishore Da’s songs. When Amit Kumar was asked to comment on the same, he said that he also didn’t like most of the performances and wanted to end the show right there, but he was asked to ‘praise the contestants’ irrespective of their performances.

This triggered a whole new controversy where a discourse began about the ‘reality’ of these ‘reality shows’. Later, even Sunidhi Chauhan, who has judged Indian Idol in the past, mentioned that the performances are ‘staged’ sometimes and they are asked to praise the contestants and that’s the reason she decided to stop judging the show later.