‘Salvador Gonzalez ‘Voro’ will lead the first team on a provisional basis,’ read an official statement from the club following Gracia’s sacking with just four games left in the season. 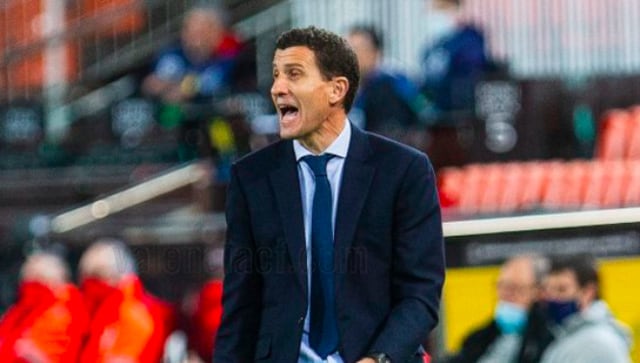 Madrid: Valencia have sacked Javia Gracia as coach, the Spanish club announced on Monday, with just four games left of the season.

A 3-2 defeat by Barcelona at Mestalla on Sunday proved to be Gracia’s final match after just 10 months in charge.

Valencia are 14th in La Liga after six games without a win but Gracia had steered them clear of the bottom three, a feat in itself after the club sold several key players last summer.

They are currently six points above the relegation zone.

“Valencia CF announced this Monday the dismissal of Javi Gracia as coach of the first team,” a club statement read.

“The Club wants to publicly thank him for his work and dedication during these months leading the team and wishes him the best of success for the future.

“Salvador Gonzalez ‘Voro’ will lead the first team on a provisional basis.”

Valencia have endured a miserable season to continue the club’s decline under the unpopular leadership of owner Peter Lim and president Anil Murthy.

Gracia’s job was made more difficult when the club made no signings last summer while allowing the likes of Ferran Torres, Rodrigo Moreno, Daniel Parejo and Francis Coquelin to leave. Parejo and Coquelin joined rivals Villarreal.

In September, Gracia criticised the club’s activity in the transfer window and even considered resigning, according to reports in the Spanish press at the time.

Three wins in the first 18 La Liga games had Valencia sitting in the bottom three in January but a slight improvement in results was enough to edge them away from the relegation zone, before another dip in recent weeks.

Lim and Murthy will now be looking for Valencia’s sixth permanent coach in five years.

It is also the sixth time Voro has been placed in temporary charge, with the first game of his latest spell coming at home to fellow strugglers Real Valladolid on Sunday.