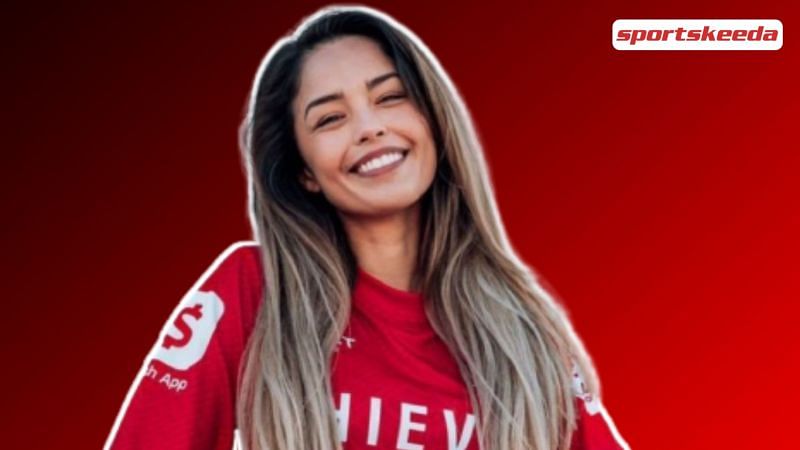 Rachel “Valkyrae Hofstetter” became co-owner of esports org 100 Thieves a while back and has now lashed out at critics who claim that she became the co-owner of the American organization because she is a woman.

Valkyrae is undoubtedly one of the most popular streamers on the internet right now. She ended 2020 on a high note, winning the Content Creator of the Year Award ahead of streamers like NICKMERCS, Alanah Pearce, and Pokimane.

It seems like 2021 has also started on the same note, with over 12 million hours watched in the first three months of this year, overtaking Imane “Pokimane” Anys as the most-watched female streamer.

She has been streaming under the 100 Thieves banner for almost three years now and has served as an advocate for women in gaming.

Despite the success, the American streamer still has to defend herself from misogynistic comments.

“TDLR; easiest way to become a co-owner of a multimillion $ company is to have tits”

these types of comments downplaying success because of who you are will continue FOREVER, no matter what

If we’re all gunna get shit on regardless, might as well get yo bags at the same time?

100 Thieves recently posted a video congratulating Valkyrae for the amazing year she has had. While most fans sent in their love and appreciation for the American streamer, the misogynistic comment on the reasons for her position at 100 Thieves rightly irked her.

“TDLR; easiest way to become a co-owner of a multimillion $ company is to have tits.”

Valkyrae responded with a tweet that put an end to misogynistic comments.

Whoever wrote this abt you wont see an ounce of abundance or good fortune in their life ? i ✨cursed✨ them

The hater’s comment prompted an outpouring of support for Valkyrae, with fellow content creator Janet “xChocoBars” Rose suggesting the commenter “won’t see an ounce of abundance or good fortune in their life.”

This isn’t the first time that the American streamer has been subjected to hate in recent weeks.

Following an influx of negative comments, Valkyrae also decided to keep her chat for “members only.” She stated it was a tough decision but necessary to free her mind from the negativity that she is subjected to.

Valkyrae has also been an ardent member of the GTA RP community. However, she’s stated that their journey with the server might be coming to an end soon.

Valkyrae & Summit1g have faced an influx of negative comments from viewers when playing GTA RP. Both have considered cutting down on their playtime to escape the negativity.

Despite the trolls, things are only looking up for Valkyrae.