Twitter has also launched a new policy for verification, based on public feedback, to make verification eligibility criteria more clear. Twitter has also reiterated that, verified accounts that repeatedly violate the Twitter Rules are subject to have the blue badge removed.

For the uninitiated, verification on Twitter gets you a blue badge against your name, which helps other users on the platform “distinguish the authenticity of accounts that are of high public interest”.

What makes you eligible for a blue badge?

To get verified on Twitter you should belong to one of these categories:

In addition to belonging to the above mentioned categories, your account should be complete, which means, you must have a profile name, a profile image and either a confirmed email address or contact number. Your account must also be active within the last six months. 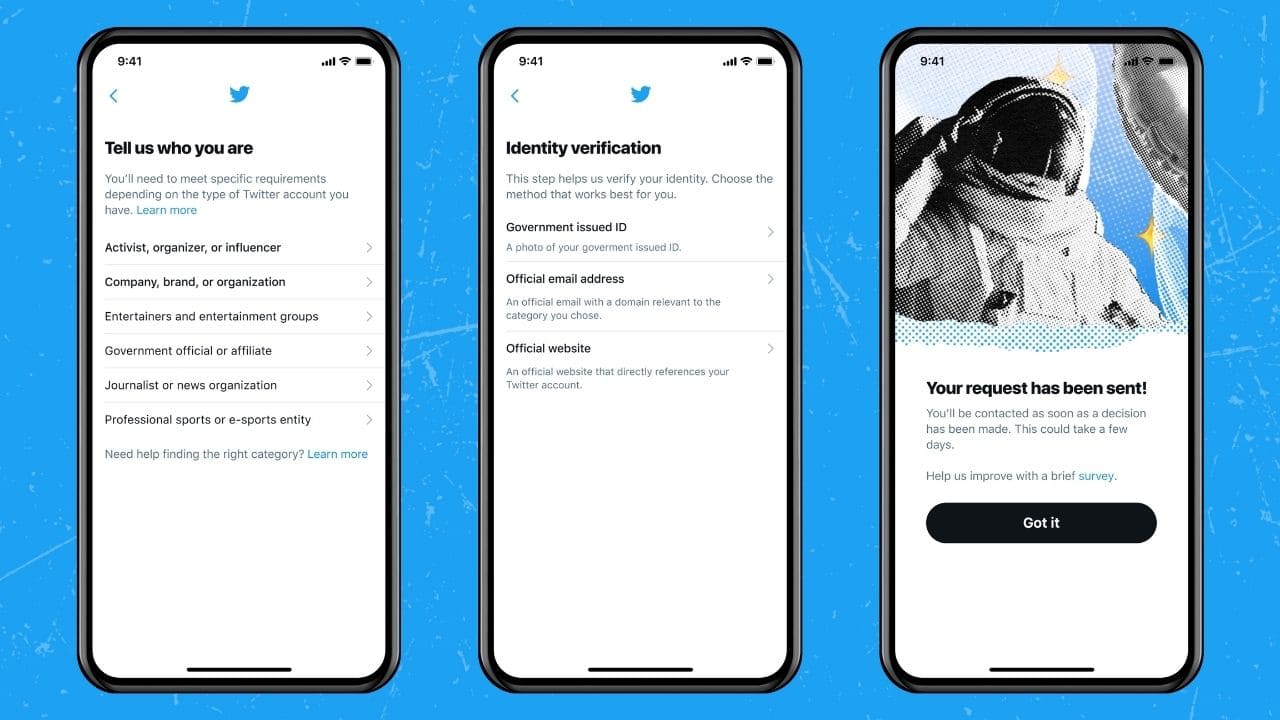 How can you apply for verification?

Twitter says that in the coming weeks, all users will see a new verification application directly in the Account Settings tab.

While some users will see this update tonight itself, others may see it in the coming days.

Once you submit your application, Twitter says it might take a few days to a few weeks for it to respond, depending on how many open applications are in queue.

If your application is approved, you’ll see the blue badge automatically on your profile.

In case you think that you were eligible for the verification but you didn’t get a badge, you can reapply 30 days after receiving our decision on your application.

Twitter also says it will soon be launching new accounts types. It says it is working on “automated accounts and plan to introduce a way to denote this account type in the next few months, with memorialised accounts to follow.” Twitter is also planning to add an About page to the user profile.