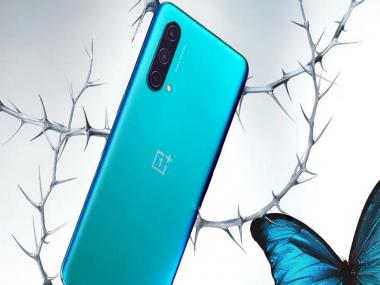 OnePlus recently launched the Nord CE 5G in India and is now expected to add another version of the Nord to its mid-range phone series. The latest rumour is all about the upcoming OnePlus Nord N200 5G, and its purported specs and design. Popular tipster Evan Blass has hinted at what the Nord N200 5G could get. It is suggested that the phone will feature a 6.49-inch LCD Full HD+ display. This is in line with what Pete Lau suggested recently. The screen is expected to have a 90Hz refresh rate.

The device is likely to be powered by a Qualcomm Snapdragon 480 chip with the Adreno 619 GPU. The phone is likely to get 4 GB of RAM and 128 GB of storage. There could be more RAM/storage options, too.
On the camera front, the device is expected to get three rear cameras (a 13-megapixel main snapper, a 2 MP macro lens and a 2 MP monochrome lens) and a 16-megapixel front camera.

It is speculated to get a 5,000mAh battery with 18 W fast charging, a side-mounted fingerprint scanner, Android 11 and more.

The new leak hints at the phone’s design. If this turns out to be true, the phone will get three big camera lenses aligned vertically in a rectangular module, with a punch-hole in the screen housing the front camera. This arrangement would make the Nord N200 a lot like the OnePlus 9 phones in terms of design.

The renders also hint at a 3.5 mm audio jack, just like on the Nord CE 5G. However, the alert slider, which is the company’s proprietary feature, is missing. Other details such as the launch date of the Nord N200 and its pricing remain unknown.