While guardians can unlock these perks in any order they wish to, unlocking these items in a specific order guarantees making the most out of the Splicer Gauntlet.

What is the best order in to unlock perks on the Splicer Gauntlet in Destiny 2?

While there are a few perks on the Splicer Gauntlet that are still locked, the perks that are currently available are pretty decent. Paul Tassi from Forbes came up with an unlock order that does look good for now, until the other perks are revealed.

Here’s what each of these Destiny 2 Splicer Gauntlet perks do, in the order of unlocking.

1. Ether Filter – This perk will allow guardians to acquire a steady flow of Ether irrespective of the activities they participate in. It’s best if players acquire this perk first.

3. Override Efficiency 1 – The Override seasonal activity allows guardians to get their hands on seasonal armor. This perk gives players a chance to acquire these seasonal items from normal chests early on.

4. Memory Expansion 2 – This Destiny 2 Splicer Gauntlet perk increases the capacity of ether that guardians can hold at a given point of time.

5. Halt and Open Fire 1 – Players with this perk have a chance to earn more ammo from the crates that spawn in the Override activity in Destiny 2.

7. Override Efficiency 2 – This gives guardians a higher chance to acquire a seasonal armor from the chests in the Override activity in Destiny 2.

8. Memory Expansion 3 – This is the final upgrade for the amount of ether that the Splicer Gauntlet can hold. It increases the number of simultaneous Override runs that guardians can perform at any given time.

10. Halt and Open Fire 2 – More ammo availability from ammo crates in the Override activity in Destiny 2.

11. Halt and Open Fire 3 – Guardians stand to acquire even more ammo from the crates in the Override activity. 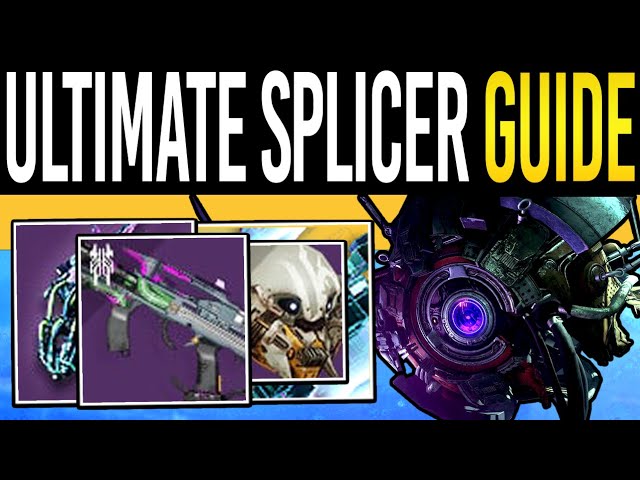