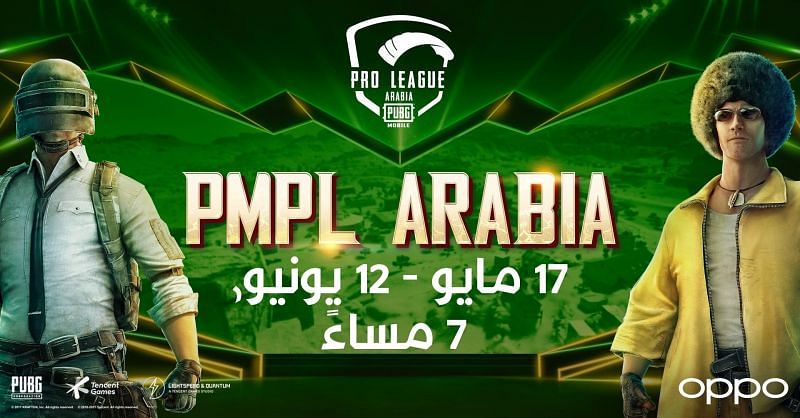 The first season of the PUBG Mobile Pro League (PMPL) Arabia will begin on May 17th.

The tournament boasts a massive prize pool of 150,000 USD. It will be streamed exclusively on the official PUBG Mobile Mena social media handles.

The tournament will be played in two stages:

League stage: A total of 20 teams (11 invited and nine qualified) will battle it out over the course of three weeks. The top 16 teams will qualify for the finals, while the bottom four will be eliminated from the tournament. The league stage will begin on May 17th and will end on June 5th.

Finals: The top 16 teams from the league stage will compete over the course of three days. The top five teams will qualify for the PMPL: EMEA Championship. The finals are scheduled from June 10th to June 12th.

All 20 teams have been divided into five groups of four teams each. The nine qualified teams came from their respective Club Opens i.e:-

See also  Where to watch the $30K Jack Link's Invitational

Indian fans are immensely excited to watch their favorite teams in an official tournament once again.