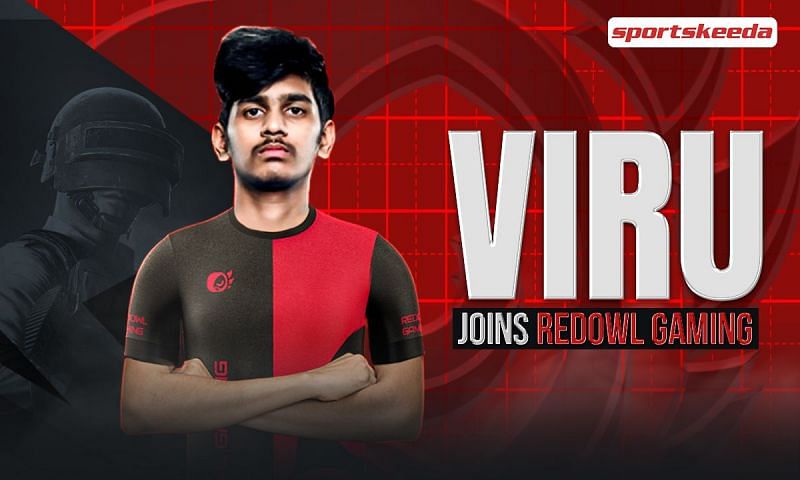 PUBG Mobile was banned in India nearly nine months ago, leaving the gaming community in a state of shock, with esports players bearing the brunt of the consequences.

Many organizations and players left the community after the ban, but with the announcement of Krafton’s Indian title Battleground Mobile India, there has been a stampede in the PUBG Mobile community, with many players transferring to other organizations.

As the most awaited battle royale in the country is returning, everyone in the community is gearing back to their normal schedule and forming new rosters.

Viru is a protege of one of the country’s best esports organizations. He has been a part of prestigious groups like Entity, 7seas, GXR Celtz, and Orange Rock and has proven to be a lucky charm for all the teams that he has played for, with his team achieving notable success at all times.

Here are some of his notable achievements in previous PUBG tournaments:

Apart from the above two achievements, the gaming icon has participated in a number of unofficial tournaments and has demonstrated exceptional performance.

In-game, the atmosphere in Orange Rock was very serious; however, outside of the game, it was fun and chill, full of enjoyment, and I made good friends there.

With my decision to join Redowl Gaming, I see a bright future here because the organisation has strong roots in a variety of industries. I hope we can make the best of it and make ourselves and the organisation proud in competitive gaming.

I’d try to build a roster of well almost dedicated players whose sole goal is to win the trophy, and we’ll figure out a play style once we’ve finalised the entire roster.

Dheeraj Jorwal, the founder of Brandzup, is a well renowned name in the talent management industry.

He recently entered the gaming industry by acquiring popular Youtubers such as AS gaming, two side gamers, lokesh gamer and a few others, and the organization is now entering esports with titles such as FreeFire and Battlegrounds Mobile India (pubg).

We had a plan to enter gaming for the past two years, but we only did so after closely monitoring the market. I’ve been playing games since I was 15 years old and always thought to do something out of it.

There is a lot of mismanagement in the Indian gaming industry, but there is also a lot of potential. Except for a few, creators here are not receiving their expected value, so we are here to assist and develope the ecosystem. Only a few creators in the gaming industry have a brand value, and many of them here have great numbers on their socials but no designated value attached to them; our goal is to help our creators and team build a brand value for themselves in their own unique way.

We currently have a FreeFire lineup and have already established a bootcamp in Guragon. We are now expanding to PUBG Mobile, now known as Battlegrounds Mobile India, with Viru joining as the first player in the organisation, while the search for the entire roster is on. We might enter gaming titles as well like Valorant, Call of Duty Mobile and Clash of Clans in the future.

Our goal is to make our team so popular that people will talk about it even if we lose one day.