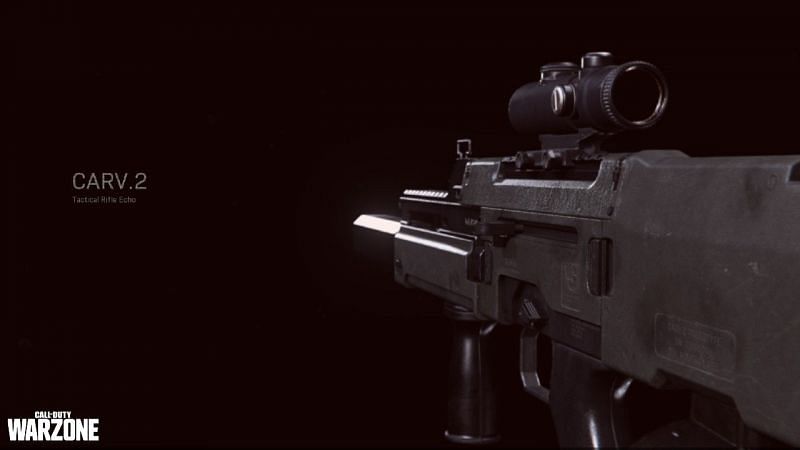 The best CARV.2 loadout in Call of Duty: Warzone Season 3

The CARV.2 is the latest weapon to be added to Call of Duty: Warzone. It is a Tactical Rifle with plenty of control and a fast fire rate.

Without any attachments, the CARV.2 immediately displays just how much recoil control it has. The burst weapon sends shots downrange with ease. Having attachments that control the vertical recoil makes the weapon look like it doesn’t move when firing.

Burst rifles as a whole have taken a hit in Call of Duty. There is now a lack of damage, and the CARV.2 feels weak compared to other rifles like the AUG. However, the right attachments can help balance out the CARV.2 and make it a rifle capable of shredding enemy players in Warzone.

What is the best CARV.2 loadout in Call of Duty: Warzone Season 3?

As with any loadout in Call of Duty: Warzone, the idea is to enhance the strengths of a weapon and compensate for any of its weaknesses. For the CARV.2, that means capitalizing on the crazy amount of recoil control and compensating for some of the drop-off in damage.

The best attachments for the CARV.2 in Warzone Season 3

To start, players should make sure the Agency Silencer is equipped on the CARV.2. It’s a staple attachment in Warzone, though the name changes depending on the class of weapons. This attachment provides sound suppression, bullet velocity, damage range, and vertical recoil control. These are all stats that help the CARV.2 thrive.

As for the barrel, the 22.5″ Task Force may not seem like the best, but it provides a much-needed boost to damage or power. There will be a negative to accuracy, but the weapon can afford it.

The Field Agent Grip is another staple attachment. It increases both horizontal and vertical recoil control. With this underbarrel, the CARV.2 will have almost no recoil in Warzone.

A 45 Rnd Drum will be sufficient on the CARV.2. It does have a fast fire rate, but 45 rounds is a lot for any burst weapon. Considering the weapon is meant to be more for medium range, there is quite a bit of time to reload.

Optics are always subjective, but the Axial Arms 3x is perfect for nearly any Tactical Rifle in Warzone.