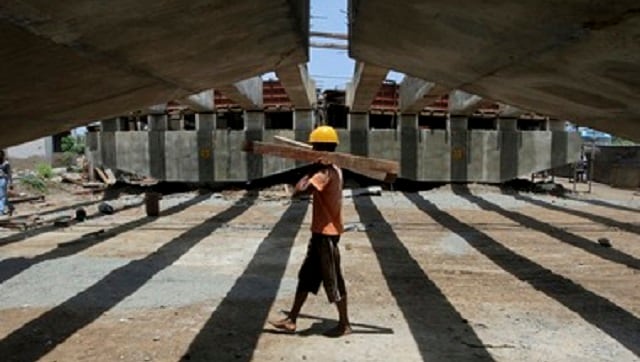 New Delhi: With the resurgence of COVID-19

India’s GDP growth had been on the decline even before the pandemic struck earlier last year. From a growth rate of 8.3 percent in FY’17, the GDP expansion had dipped to 6.8 percent and 6.5 percent in the following two years and to 4 percent in 2019-20.

The pandemic caseload in India has been surging hitting new records every day for the past fortnight. The latest official number puts the daily infections at 2.61 lakh in the past 24 hours and 1,501 deaths.

“India is in the midst of a resurgence of COVID-19

cases, with the daily case count two times the 2020 peak. If the efforts to get the virus under control are successful over the coming weeks, we think recovery should gather steam from Q2 FY’22 onward,” UBS said revising its FY’22 real GDP growth forecast to 10 per cent year-on-year (previously 11.5 per cent).

UBS expected current mobility restrictions to remain in place until end-May and then be lifted, and assume activity is largely back to normal by end-June. “Even as these measures are likely to dampen economic activity, we think the impact will be much lower than in 2020, as containment measures are quite targeted and households and businesses have adjusted to the ”new normal”.”

In its alternate risk scenario, where disruptions could last longer, there is a risk India”s real GDP could slow by a much larger magnitude, to 3-5 per cent in FY22, it said.

Citi Research said while restrictions are much less stringent compared to last year, they are rising as Covid cases continue to mount.

“Covid cases are concentrated around economically important states like Maharashtra, Gujrat and Delhi. Accounting for both the restriction and sentiment channel, we have revised down our FY’22 real GDP forecast to 12 percent year-on-year (vs 12.5 percent earlier). Downward revisions are led more by services and private consumption than industry,” it said.

If the Covid situation, it said, is not brought under control then there could be a period of multiple growth revisions like in last year.

“The spike in active cases across most districts (is) causing panic and shortages,” it said adding the rapid spread means it will be less protracted too.

, “lockdowns are likely to be localised, short-lived, and less stringent than last year,” it said.

Stating that Maharashtra lockdown is an aberration, Credit Suisee said it would shut 15 percent of GDP for 15 days.

Other states are using night curfews, limits on large gatherings and weekend restrictions.

cases poses a risk to economic recovery, and the GDP is unlikely to achieve the earlier projected 3 per cent growth for March quarter 2020-21.

Stating that a month-long nationwide lockdown can shave off 100-200 basis points off the GDP, it said growth is still weak, amplified by the steep fall in key economic activity indicators and the anaemic loan growth, and the surging pandemic cases are only increasing the worries on the growth front.

Fitch Solutions said there is a third wave of COVID-19

After some success in curbing the virus considerably, India”s economy had returned to functioning normally by the second half of 2020. “However, over recent weeks, the virus has started spreading rapidly, partly due to complacency on the social distancing measures and mask-wearing policies,” it said. “India lags far behind in immunisations per capita. An unprecedented crisis has highlighted the need to increase investment in the healthcare sector in the country.”

8 Questions Business Owners Should Ask Before Selecting a Manufacturer

Tips For Starting A Bakery