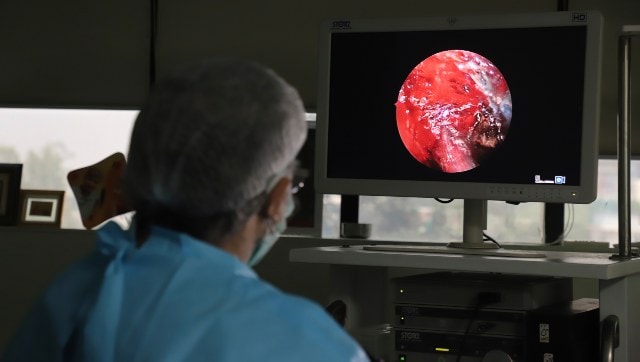 From symptoms to causes of infection, here are key facts about the disease-Health News , Technomiz

Black Fungus: Who is at high risk? What should you do if you experience symptoms? How Black Fungus spreads, Signs, symptoms to causes of infection, everything you need to know about it 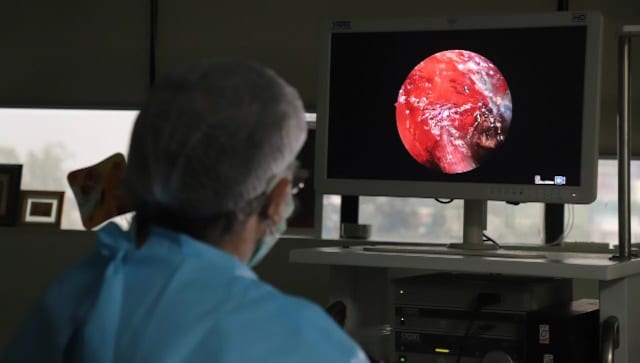 Even as the second wave of COVID-19

continues in India, concerns are rising over cases of black fungus among those recovering from the viral infection.

Till 22 May, India has reported about 8,848 cases of black fungus or mucormycosis, according to a statement by Union minister Sadananda Gowda.

The Central government has sought to expedite the allocation of vials of Amphotericin-B, a key drug to treat mucormycosis, as reported by The Tribune.

Following are some key facts about black fungus —

As per the US Centers for Disease Control and Prevention, this is a rare fungal infection caused by a group of molds known as mucormycetes.

It has been seen in countries like India and China, particularly among patients suffering from diabetes, cancer, or immune compromising conditions like HIV AIDS.

survivors — especially those having co-morbid health issues like diabetes, heart and kidney ailments and cancer — have been found to be susceptible to the disease.

How does black fungus enter the body?

As noted by an article in Technomiz, the underlying cause of the disease in India is the unhygienic way of delivering oxygen to patients in many places, combined with the indiscriminate use of steroids in the treatment of COVID.

How serious is black fungus?

The symptoms of black fungus/mucormycosis are pain/stuffiness in the nose, inflammation on cheeks, fungus patch inside the mouth and swelling in the eyelids.

Can black fungus spread from one person to another?

The disease is not contagious and doesn’t spread from one person to another.

What you should do if you experience symptoms?

In case of symptoms, medical advice should be sought immediately. Doctors perform MRI and CT scan of the nasal cavity, sinuses and brain is performed, following which endoscopic evaluation of the nasal cavity can confirm a fungal lesion, according to The Indian Express. All fungal and necrotic tissue is removed from the nasal cavity and medical management is carried out with antifungal drugs, namely injection Liposomal amphotericin-B.

Why India is at great risk?

Mucormycosis has a high mortality rate and was already present in India before the pandemic. The fungal infection preys on patients with weakened immune systems and underlying conditions, particularly diabetes, and irrational usage of steroids, The Associated Press said, quoting experts. Both these factors are prevalent in India, which is witnessing a devastating second wave of coronavirus

Which states have been most affected by the disease?

Have other countries also reported cases of black fungus?

India is not the only country facing the crisis, even as it accounts for 71 percent of the total cases worldwide.

As noted by a report in India Today, Pakistan and Russia are also seeing a surge in black fungus infections.

Russia confirmed reports of black fungus among the COVID patients on May 17, though ruling out a possibility of a person-to-person spread. It has claimed that the situation is in control.