From Wembley to Johan Cruyff Arena, all you need to know about 11 host stadiums-Sports News , Technomiz

From schedule to capacity, all you need to know about the 11 host stadiums for Euro 2020 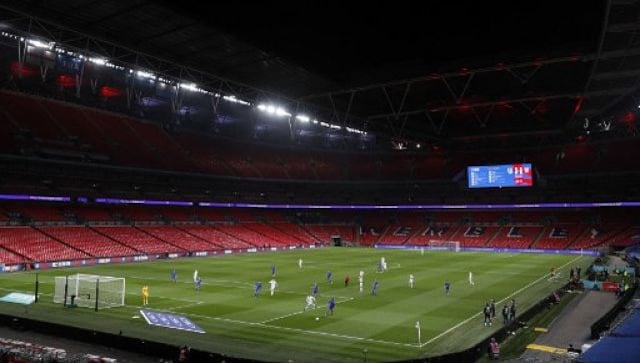 A general view of the Wembley Stadium in London. AFP

After getting delayed by a year due to COVID-19

pandemic, Euro 2020 will finally kick-off on 11 June with Turkey taking on Italy at Rome’s Stadio Olimpico.

restrictions easing to allow fans back into stadiums, there will be some atmosphere at last in the 11 host cities of the tournament.

Initially, UEFA decided on 13 host cities but later Brussels and Dublin were dropped. Bilbao was also not included because the authorities were unable to give guarantees to UEFA that fans would be allowed into the stadium. Sevilla is now one of the host cities and Dublin’s matches went to London and St. Petersburg.

The 24-nation tournament will feature 51 matches across 11 countries. Budapest plans to welcome all fans, while St Petersburg and Baku hope to use 50 percent of their stadium capacity. But other major cities like Amsterdam, Bucharest, Munich and London are being more cautious with attendances that could fluctuate according to how the virus develops.

If things progress favourably in England, the 90,000-capacity Wembley Stadium in London could be at more than 25 percent capacity for the semi-finals and the final on 11 July.

Here’s an interactive guide about all the 11 host stadiums for Euro 2020. (Click here if the interactive doesn’t load)

(With inputs from AP)