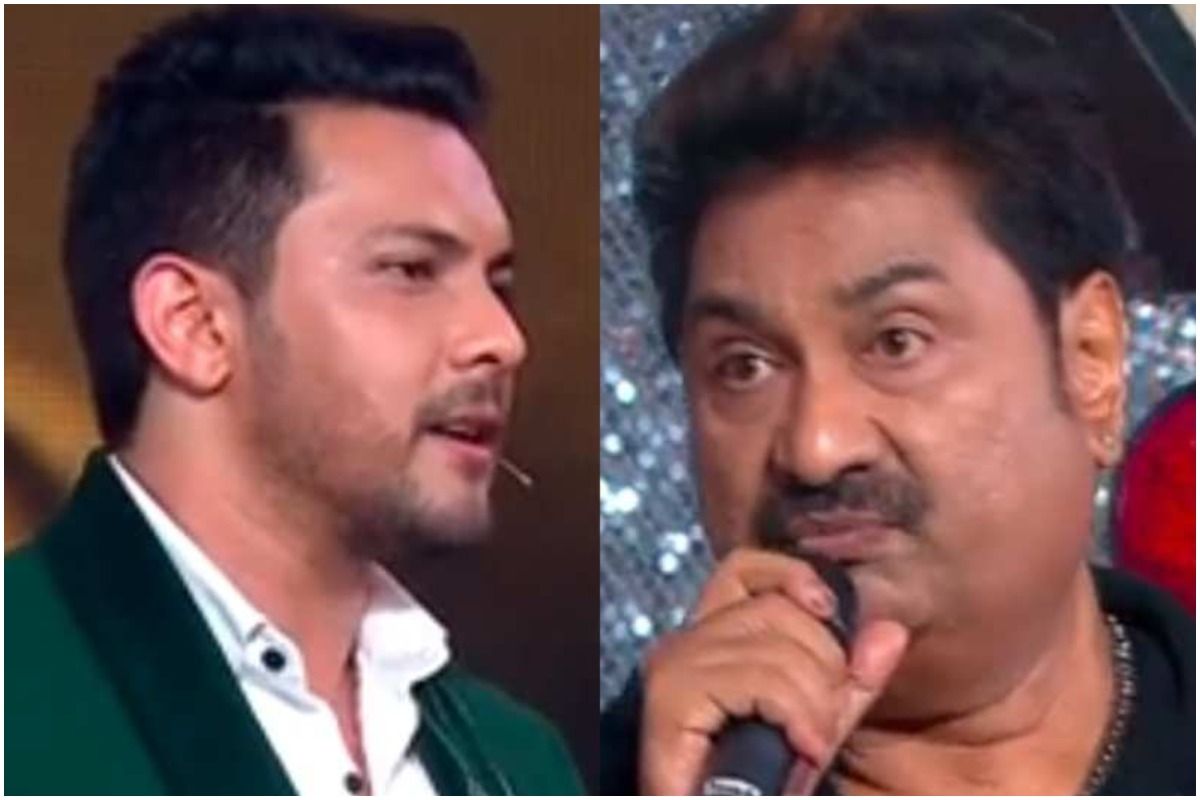 Indian Idol 12 has suddenly found itself in the middle of many controversies. After late singer Kishore Kumar’s son Amit Kumar said that he was asked to praise all the contestants irrespective of their performances, a pandora box of criticism for the show opened up with any people questioning the ‘reality’ of the reality show. In its latest episode, host Aditya Narayan took a dig at the same statement by Kumar and asked chief guest Kumar Sanu if he was ‘asked’ to praise the contestants on the show. Also Read – Indian Idol: Pawandeep Rajan-Arunita Kanjilal Leave Anuradha Paudwal-Kumar Sanu Mesmerised With Their Romantic Performance

Earlier, when Amit Kumar made the startling revelation, Aditya reacted by saying that if he had any issues with the makers, he should have told them before speaking in the media. The host now asked Kumar Sanu, “Sir, you have praised the contestants on the show today. I want to ask if you have done it from your heart or someone from our team asked you to.” Also Read – Indian Idol 12 is Fake: Pawandeep Rajan-Arunita Kanjilal’s Romance is ‘Dhong’, Says Aditya Narayan

The popular ’90s singer replied saying that he was there to motivate the contestants and applaud them for their talent and whatever he said while appreciating them was all genuine and not fake. The conversation was taken ahead by Himesh Reshammiya who is one of the judges on the show. He said that these are tough times that have made them realised that it’s important to spread happiness and positivity. “Pandemic ne bahut kuch seekha diya hai. Pyaar karo, pyaar banto, appreciate karo, logon ki honsla afzai karo, logon ko aage leke jao yaar. Jai Mata Di. Let’s rock,” he said. Also Read – Indian Idol 1 Winner Abhijeet Sawant Lashes Out At Singing Reality Show: Focus Isn’t On Singing Anymore

In another interview, Aditya talked about the makers creating a fake relationship angle between Pawandeep Rajan and Arunita Kanjilal to entertain the audience. He called it a ‘dhong’ in an interview with Bollywood Spy and said, “Hum masti karte hai (We are just having some fun). People say that we cook up make-believe affairs on reality shows. So what? Did we ever say no? We do it. Ye dhong hai (This is all a lie). But you enjoy it no? Because we love to do it.”

Watch out this space for all the latest updates on Indian Idol 12!