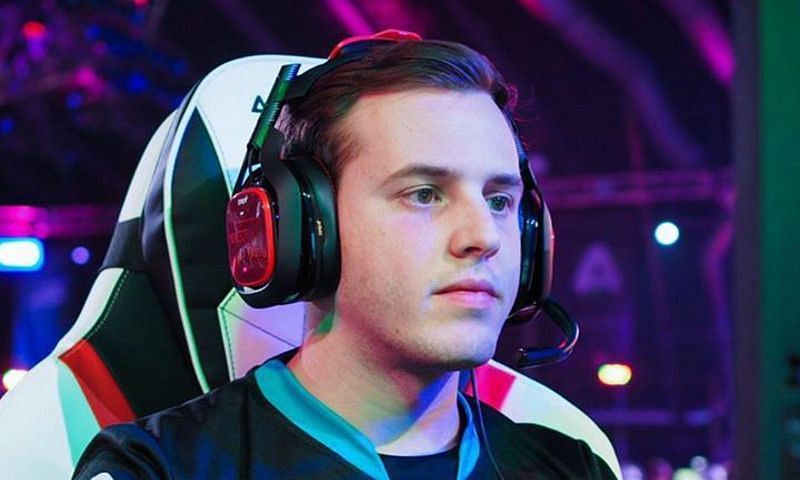 After a long period of silence, Jordan “HusKerrs” Thomas finally took to Twitter to reveal why he cannot play Call of Duty Warzone with TimTheTatman (Timothy John Betar) and Cloakzy (Dennis Lepore).

What seems to have started as an issue regarding hosting a Warzone game, over time, has escalated into a full-blown social media feud between Jordan and Nicholas Kolcheff, better known as Nickmercs.

Jordan took to Twitter and shared a blog that detailed a complete rundown of the situation. He spoke up about how Nickmercs’ fans have been harassing him over and over again for months on end. In his blog, he reveals how events began to unfold:

“Several months ago, Symfuhny and I played against Nickmercs and Swagg in a Warzone duos killrace tournament. Swagg hosted the first map. After the first map was over, Symfuhny and I went to take host, and we ran into streamsnipers and cheaters several times, which forced us to restart the map a couple times. Nick then asked me to let Swagg host to reduce the risk of cheaters since he was on PS4 at the time, but I refused because we deserved to get host like the rules said.”

Following this conversation, according to Jordan, Nickmercs questioned him and asked why he wasn’t allowed to host the Warzone match, to which he was told that it’s not their turn according to the rules. But unbeknownst to Nickmercs, this was done with intent and willfully. Jordan continued:

“The reasoning was that since Sym and I were on MKB on PC, the lobbies would most likely be sweatier on our host, and we knew that we would play better than Nick and Swagg against sweaty players. Because of this, Nick began to hate me and refused to play with me ever again. Initially this didn’t bother me because Nick can of course like and dislike whoever he wants.”

However, soon after this minor spat in Warzone, things began to spiral out of control, as Nickmercs’ fans began pouring fuel into the fire to start an all-out feud between the streamers. Unurprisingly, it worked.

According to HusKerrs, due to the bad blood between him and Nickmercs, he would hardly get a chance to play Warzone with TimTheTatman and Cloakz, as Nick was in the group most of the time as well. Nonetheless, this proved to be just the tip of the iceberg and more was to follow.

Fast-forwarding a few months after the Warzone disagreement, according to HusKerrs, Nicmercs unfollowed him on Twitter, which was perceived as an insult, given that both were fellow streamers and friends. He stated:

“Fast forward a couple of months, and Nick hits me with the unfollow on Twitter. I told my chat that Nick was being petty about the tournament and acted like a manbaby. I also said “I’ll say it to his face, bring him in a discord,” which was my way of saying I had no problem calling him out directly instead of saying it behind his back. For some reason tons of people, Nick included, interpreted this as me saying I’d literally go up to him in-person and say it to his face in a threatening manner.”

Following the fiasco, the situation worsened over time and only got more intense, as fans added fuel to the fire every chance they got. According to Thomas, Nickmercs even took to a live stream and called him names such as, “5’7 fruitcake, weirdo and loser” and warned him about talking too much.

Also Read: The best sniper to use in Warzone Season 3

In the heat of the moment, during a Warzone tier list live stream, HusKerrs even took a shot at Nick by saying that he was a bad Warzone player; which only made the situation worse. This carried on until it got to a point where Nickmercs’ fans and his very own graphic artists dragged a random third party into the feud.

“The most upsetting part of this all and what ultimately caused me to speak up about this publicly was what transpired yesterday and this morning. Yesterday, I posted a selfie with someone on Twitter, and within hours I had at least one of Nick’s twitch mods, his own graphic artist that works for him, and people that Nick follows harassing both me and the other person in the picture.”

It’s clear to see that the situation is out of control, and despite Nickmercs asking fans not to involve strangers in the feud, it’s likely to only get worse from here. at the end, Jordan stated:

“I don’t hate Nick and I never have. I’m not out to get him. There is literally no good reason for me to have bad blood with him. I was very frustrated with how things happened and spoke up about it. We both could’ve handled it differently, but at the end of the day this needs to be squashed because I’m tired of constantly dealing with hatred and toxicity. I’d be more than happy to speak with Nick privately to end this.”

Also Read: Call of Duty hints at the arrival of Warzone on COD Mobile