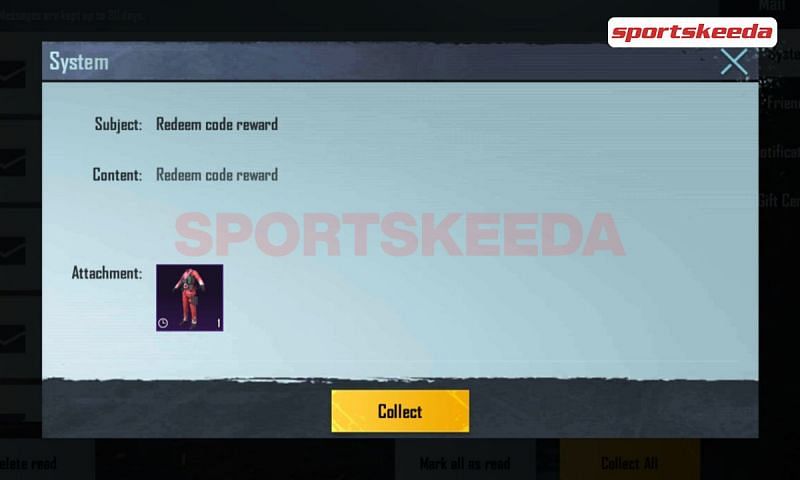 PUBG Mobile has a vast collection of exclusive items, including costumes, skins, emotes and more. Most of these items can be purchased using in-game currencies.

Redeem codes are one of the best ways for PUBG Mobile players to obtain free items in the game. These codes are periodically released by the developers and can be used in the official redemption center of the game.

Note: Redeem codes have a limit and last only for a specific duration of time. Hence, players will have to use them as quickly as possible.

Here is the latest PUBG Mobile redeem code along with the corresponding reward:

A step-by-step guide to use PUBG Mobile redeem code

Players can follow the steps given below to use the PUBG Mobile redeem code:

Step 1: Players should first head to the PUBG Mobile redemption center. The link to the website is provided below:

Step 2: Next, players must enter all their details, like their PUBG Mobile character ID, redemption code and verification code, in the text field.

Step 3: They should then click on the redeem button. A dialog box will appear, prompting players to verify their details.

Step 4: Players can click on the OK button to redeem the code successfully. Once this is done, the reward will be credited to their account. Players can collect the reward directly from the in-game mail section.

If a player encounters an error message stating, “Redemption Limit Reached,” it likely means that the code has expired and cannot be used any further. There is no possible way around this error. All players can do is wait for a new set of codes to be released.