Season of The Splicer, Vault of Glass and more

Destiny 2 update 3.2.0 is finally here. The Season of the Splicer has gone live. And with that, Guardians receive a plethora of new items.

Bungie has always been consistent with the patch notes for Destiny 2, unlike Epic Games, who have stopped releasing patch notes for Fortnite. Destiny 2’s 3.2.0 update will bring some interesting new changes to a few in-game mechanics. Some abilities will be nerfed while a few will be boosted. Here are the consolidated Destiny 2 update 3.2.0 patch notes.

Destiny 2: Season of the Splicer

🌑Season of the Splicer is LIVE!

🌑Nightfall: The Ordeal – The Glassway

The Season of The Splicer sees the return of the Vault of Glass Raid. Apart from that, players will have access to a new 6-man activity known as Override. There’s also a new weekly pinnacle activity called Expunge that players will be able to participate in, the moment the Season of the Splicer goes live. 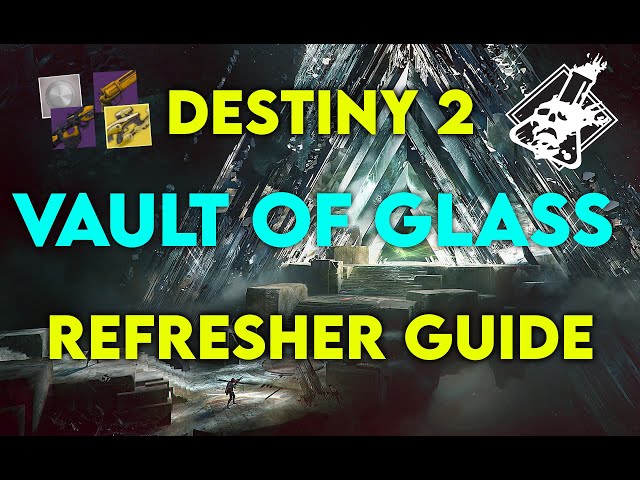 The Gambit, Crucible and the Vanguard Strikes remain the same. For now, there’s no information on a new strike being added. However, Bungie may pull off a surprise and add one later on.

Players can also get guaranteed drops on these items by focussing on Umbral Engrams. It’s good to see that Bungie chose to keep these Umbral Engrams in the Season of the Splicer.

Moving on to weapons, there are three new guns that guardians will earn from the season pass, provided they’ve bought it. The side arm will be the first weapon they earn, and the machine gun and the shotgun will unlock as they progress through the season pass. Guardians will be able to complete the full load out by successfully completing the Override simultaneously.

The Crucible, Gambit and the Vanguard Strikes each have four weapons that players stand a chance to earn by completing these activities.

Other than that, there are loads of weapons that guardians can grind for in order to get that perfect roll. There are a few new exotic weapons and armor that are also added in this season.

The area of effect for the Silence and Squall has been reduced from 12 m to 8.5 m, and the enemy squall will now have a red ring, defining its movement area.

The Chaos Reach super has been adjusted. It won’t be able to penetrate thin walls and kill enemies on the other side anymore.

Guardians won’t be able to trigger Whisper of Torment by standing in the enemy’s barricade anymore.

See also  How to earn the Pacifist Medal in Season 3?

When accessing their Ghost, guardians will be treated to a new Nav Mode in Destiny 2. Bounties appear separately and can’t be tracked anymore. Guardians can now find their Tracked Triumphs as a separate tab on their Nav Mode.

The H.E.L.M. is no longer located at the Tower. It has its own map in the Season of the Splicer. Bungie has also added an auto decrypt feature for Umbral Engrams that are focussed.

The director now has legends, something that was missing for a good while now. There’s also a new keyboard shortcut for switching between the quest details and the quest step notification.

Glory, Valor and Infamy mechanics will receive a major overhaul next season. They’ve been tweaked slightly to fall in line with the overhauls. But the tweaks aren’t that prominent, and players won’t really notice that much of a difference.

Bungie has given in to the community and has added many exotic weapons and armor ornaments from previous seasons to the archive at Eververse.

Spawn trails and shaders are now standalone items in the game. Once the guardians unlock a new shader, it stays unlocked permanently.

The Season of the Slicer is finally live and those interested in reading the full patch notes can find them here.