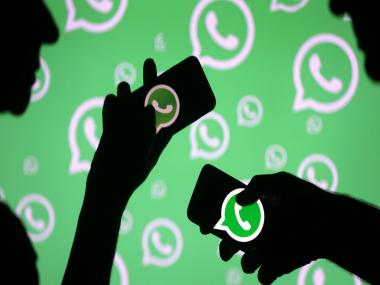 WhatsApp has rolled out an update to its voice messaging feature called Fast Playback. The feature adds the option to listen to voice notes at variable speeds – 1x, 1.5x, and even 2x speed. WhatsApp has enabled this feature on Android, iOS-based devices, and WhatsApp Web/Desktop.

Additionally, WhatsApp is reportedly also working on allowing users to edit a voice message within the app.

Presently, WhatsApp allows only two options when it comes to voice notes, you can either record and send it, or bin it altogether. You can also only listen to your voice note once you have already sent it.

However, WhatsApp reportedly developing a feature to enable users to review voice messages before sending them. This has been spotted by WABetaInfo in a recent beta.

Users can use this option to review their messages or to prevent them from sending in case the content lack something or is wrongly curated or so. This way, they can continue recording their messages or can even start all over again. To record the message again, users can press the delete button and start recording it again. On the contrary, while reviewing, if they feel the message is right, they can click on the send button to share it with the recipient/s.

Last week, Facebook CEO Mark Zuckerberg and WhatsApp chief Will Cathcart confirmed three new WhatsApp features to be introduced to the app soon. The company is planning to roll out a new ‘View Once’ feature which will ensure that the selected content disappears after a user has viewed it once. Another feature to be introduced is called multi-device support which will allow users to use their WhatsApp accounts on multiple devices even without an active internet connection on the main device. Lastly, a disappearing mode will be introduced to ensure that all chats disappear when this feature is activated.

WhatsApp has not yet specified any date for these updates to be introduced.