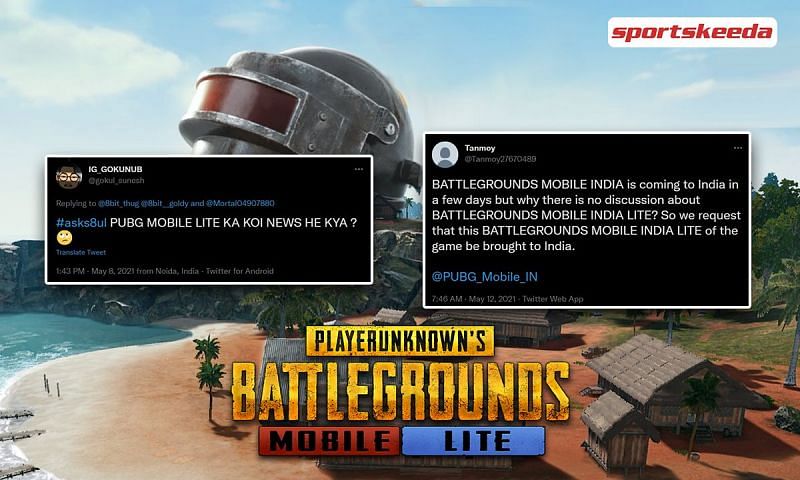 Indian PUBG Mobile Lite players have been left curious after the official announcement regarding only Battlegrounds Mobile India has been made as of now.

PUBG Mobile Lite and PUBG Mobile enjoyed a massive audience in India. However, fans were left disheartened as the titles were suspended by the Indian Ministry of Electronics and Information Technology.

Since then, gamers have yearningly awaited the return of both BR games. Krafton’s recent announcement of Battlegrounds Mobile India sent a sense of jubilation amongst the Indian mobile gaming community.

In the meantime, PUBG Mobile Lite players were left dumbfounded because no announcement was made for a new game optimized for a low-end device.

PUBG Mobile Lite users have been in the dark over the last eight months because there haven’t been any developments regarding a lighter version of Battlegrounds Mobile India. It is unclear how the new game will function on budget devices with limited space, RAM, and graphics.

It is worth noting that PUBG Mobile Lite doesn’t have region-specific versions. On the other hand, PUBG Mobile has several variants other than the global version, published by different companies. The list includes VN, KRJP, TW, and Game for Peace (China).

Some PUBG Mobile Lite players have asked questions regarding the streamlined title’s return on Twitter. Here are a few of their tweets:

PUBG MOBILE lite was a game that used to rule our heart…but after ban people only talking about battleground mobile.This is so heart breaking both game are awesome but this is one sided big should support and talk openly about pubglite #wewantbattlegroundmobilelite

All are focusing only about #BATTELGROUNDSMOBILEINDIA AND NO BODY IS WORRIED ABOUT A NEW INDIAN VERSION FOR PUBG MOBILE LITE.THESE ARE MAKING MANY OF THE USERS OF PUBG MOBILE LITE WHO WANTED TO MAKE THEIR CARRIER BY THIS GAME.

However, PUBG Mobile Lite players currently have no other option other than to wait for an official confirmation from the developers about a lighter version of Battlegrounds Mobile India.