A sportscar engine in the body of a minivan- Tech Reviews, Technomiz

The Poco X3 Pro requires no introduction. It is one of the most anticipated mid-range smartphones of this year so far. After all, it is the only Snapdragon 860-loaded mobile priced under Rs 20,000. Add a 120 Hz high refresh rate display and large-capacity battery into the mix, and it already seems like a winner. The X3 Pro has undoubtedly got the ingredients for success, but has Poco got the recipe right? 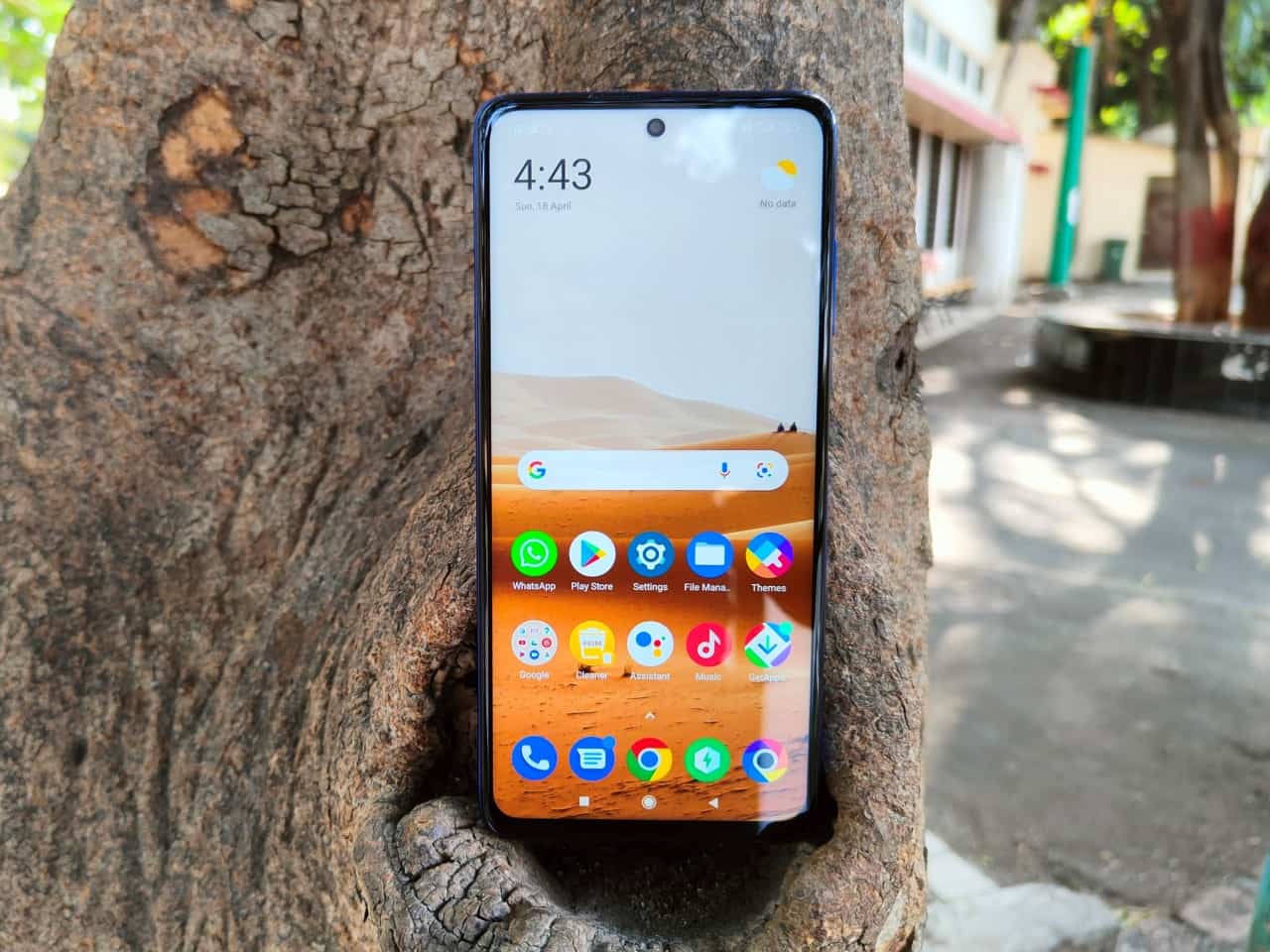 Xiaomi and its spin-off brands have a knack for delivering excellent design and build at an affordable price. However, things go wrong sometimes, and that was the first thought that came to mind when I unboxed the Poco X3 Pro. Over the years, I have come across phones with a cheap, plasticky feel, excess weight or an unwieldy outline. Many would agree that the presence of one of these issues isn’t a deal-breaker. Unfortunately for Poco fans, the X3 Pro is an amalgamation of all these issues.

I don’t remember the last time I complained about a phone’s weight, but tipping the scales at 215 grams, the Poco X3 Pro warrants it. To put things into perspective, the Realme 8 Pro weighs in at 176 grams, and another mid-range device, the Oppo F19, weighs just 175 grams. It is not like you can’t lift a 215-gram phone, but it gets rather uncomfortable for prolonged one-handed use. Moreover, if you tend to hold the phone below the halfway point, there’s a good chance the X3 Pro will perform a backflip and land on the ground due to its weight. The phone’s width and thickness of 9.4 mm don’t help ergonomics either. The Poco X3 Pro sports a 6.6-inch IPS (In-Plane Switching) screen with pixel dimensions of 2400 x 1080. With a pixel density of almost 400 ppi, the display sharpness is sufficient. However, the panel’s colour reproduction, contrast ratio, and blacks are no match for OLED screens. Even if you set the colour scheme to ‘Saturated’, the display looks muted.
Poco has been heavily marketing the X3 Pro’s 120 Hz screen, boasting of smooth motion. To complement the high refresh rate display, the company has tuned MIUI to run at 120 fps. This is crucial, because refreshing the display 120 times is pointless if it’s not fed with a new frame on each refresh cycle. In the UI and compatible games, you can switch between 60 Hz and 120 Hz refresh rate and clearly see the smoother motion offered by the latter. 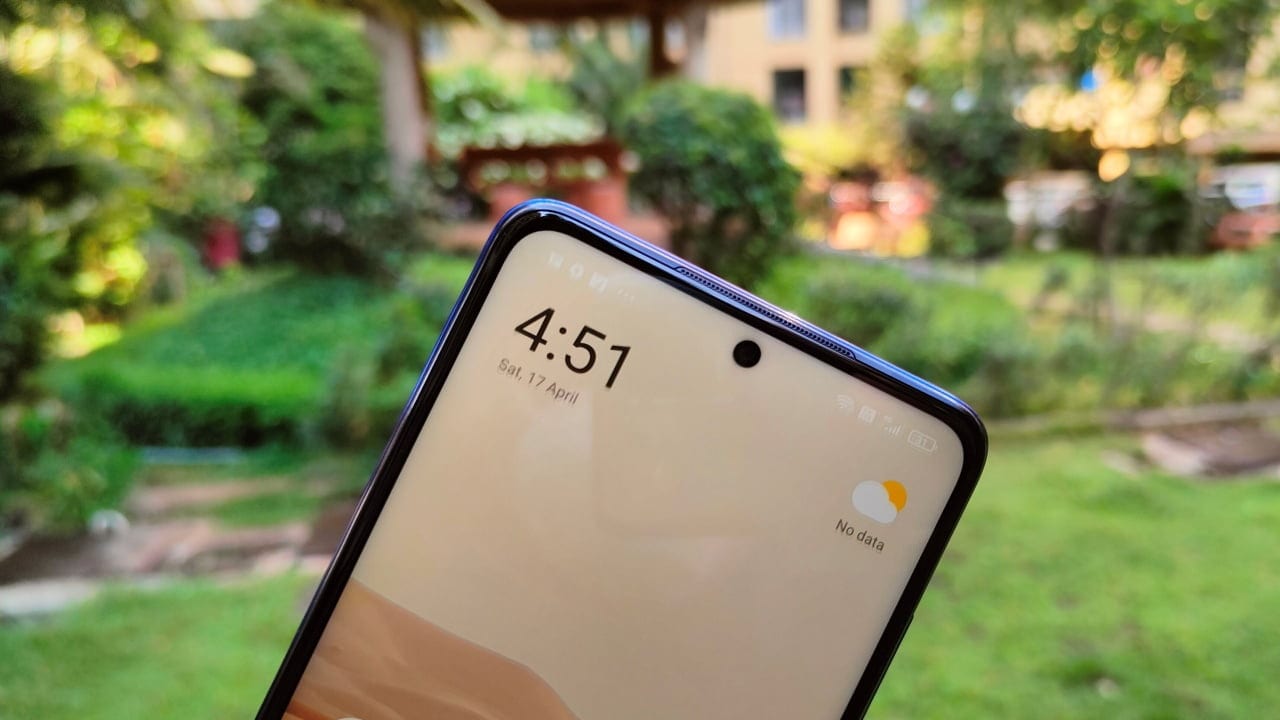 The display has a ghosting issue, which is especially noticeable when scrolling through notifications and web pages. I assume it is due to the IPS panel’s slow pixel response time. To get everyone on the same page, response time is how quickly a pixel can switch from one shade of grey to another. In LCDs, this is achieved by the twisting and bending of liquid crystal molecules that manipulate the backlight to display colours on the screen. If the response time is slow, the pixels retain their previous state for a longer time causing trailing in fast-moving visuals.

Pixel switching happens quite quickly on Twisted Nematic (TN) LCDs, which is why gaming monitors are built on this technology. On the other hand, IPS (In-Plane Switching) screens, like the one of the Poco X3 Pro, are the slowest when it comes to pixel response. You won’t face this issue on OLED panels because each pixel in this display type is self-illuminated. By eliminating the need for a backlight and liquid crystals, OLED screens can clock in pixel response a thousand times faster than IPS LCDs.

A graphic on OLED vs LCD display’s pixel response

The screen has decent brightness, but with some unevenness around the edges. Under direct sunlight, the phone’s software kicks in to ensure the content on the screen is legible. As per Poco, the panel is HDR 10-compatible, but neither Netflix nor Prime Video detected HDR support. Overall, I would have preferred an OLED screen over Poco’s high refresh rate LCD. Going by a recent Twitter poll from Redmi, most consumers also seem to agree with me.

The Poco X3 Pro runs Android 11 with MIUI 12 on top. The customisation is a bit different compared to what you get on Mi and Redmi phones. By default, the icons and other UI elements are larger than usual. Thankfully, you can resize them by diving into the settings. Instead of sticking to a single or dual colour scheme, Poco has gone full rainbow. Even in the settings menu, every adjacent icon is of a different colour.

The lack of uniformity isn’t limited to the colour scheme but extends to other UI elements. For instance, most menus and settings have an opaque background, except for the Control Centre, which looks out of place due to its iPhone-esque transparency. While these things don’t affect utility, they are markers of attention to detail.

Poco has baked in a security app that automatically scans newly installed software. In the past, the company used this scan screen to display ads. While that’s not the case with the X3 Pro, you can’t rule out the possibility of ads showing up a few weeks after the launch.

In addition to Play Store, the phone comes with Xiaomi’s ‘GetApps’ repository. Much like the LIC agent in every WhatsApp group, GetApps keeps nagging you to take up random things. The left-most screen is occupied by Xiaomi’s ‘App Vault’. It aggregates news, weather, sports, and other updates in a card-based layout. While the concept is noble, the app lags like hell. I cannot fathom how it is even possible for an app to stutter on such a powerful phone, but it does.

The Poco X3 Pro is the only sub-Rs 20,000 smartphone to pack the powerful Snapdragon 860 chipset from Qualcomm. This SoC (System on Chip) is a rehash of 2019’s top-tier Snapdragon 855+, and can muscle through any mobile game. You can play Call of Duty Mobile and Dead Trigger 2 with all the settings maxed out.

A gameplay screenshot from Dead Trigger 2

The phone comes with Poco’s Liquidcool Plus technology, which utilises copper heat pipe and graphite sheets for heat dissipation. As per promotional material, this ensures sustained peak performance. However, I noticed a considerable frame rate drop after 20 minutes of continuous gaming. Upon investigating it with the ‘CPU Throttling Test’ app, it turns out not all phones with ‘liquid-cooling’ are made equal. As per the tests, the X3 Pro’s CPU performance frequently dips below 60 percent after 15 minutes and drops to as low as 55 percent in a 30-minute test. For context, 2019’s Black Shark 2 – powered by the Snapdragon 855 SoC – barely goes below 92 percent of its max performance in the same test. I guess it’s safe to say the Poco X3 Pro’s Liquidcool Plus technology isn’t all that effective.

There’s no doubt the Poco X3 Pro blows the competition out of water when it comes to sheer power. On the other hand, with so much power at its disposal, the company doesn’t seem to have spent time refining the experience.

Moving on to the phone’s audio output, the onboard stereo speakers are loud enough for watching YouTube videos. You would want to switch to earphones for enjoying music, but those aren’t present in the box. That said, paired with decent earphones, the Poco X3 Pro’s audio output is quite good. The handset’s Wi-Fi and Bluetooth radios worked as they should. There was no anomaly with network reception either.

The Poco X3 Pro features a quad camera setup at the back. It comprises a 48 MP main sensor accompanied by an 8 MP wide shooter, a 2 MP depth sensor and a 2 MP macro sensor. The camera UI is straightforward. You can swipe between Photo, Video, Portrait, and Pro modes. The Pro mode lets you manually fine-tune white balance, ISO, exposure and shutter delay. On the other hand, enabling the AI feature turns the X3 Pro into a point-and-shoot camera.

By default, the phone delivers 12 MP shots that contain a good amount of detail and natural colours. Noise is mostly under control, but it’s noticeable around things such as speaker mesh, grass, shadows or finer text. The handset offers an option to save 48 MP photographs, but you can avoid it altogether, as there’s hardly any improvement in quality. In low light conditions, image quality takes a massive hit. Lights appear fuzzy and shadows don’t look defined either. Night Mode helps a bit, but adds a lot of over-sharpening to compensate for the lack of detail.

The 8 MP wide-angle camera delivers good results on a sunny day. It does capture a lot of area and retains a decent amount of detail. However, it falters in low-light. The shots contain so much noise that it’s better to avoid using this camera at night.

The depth sensor does its job well with the right subject and background separation in portrait mode. The 2 MP macro shooter is disappointing – for obvious reasons.

Click on the Flickr album below to view some sample shots taken from the Poco X3 Pro. 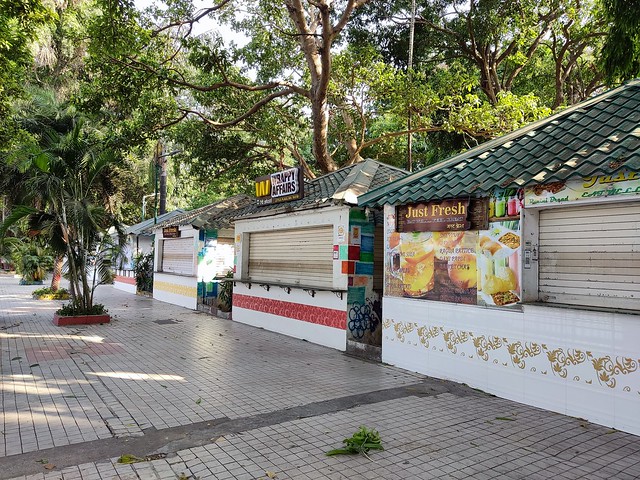 The Poco X3 Pro records 4K videos at 30 fps. Those who prefer a high frame rate can switch to Full HD resolution to shoot at 60 fps. The clips contain a good amount of detail and accurate colours. However, due to the lack of Optical Image Stabilisation (OIS), the videos tend to be shaky. You can solve this issue to a certain extent by enabling Electronic Image Stabilisation (EIS). The SuperSteady mode offers even better stabilisation, but it’s at the cost of heavy cropping. The wide-angle camera is capped at Full HD 30 fps video recording. Its results are nowhere as good as the main camera’s.

The 20 MP selfie camera captures bright images with accurate colours. However, images tend to be on the softer side. It comes with a Portrait selfie mode, which works well as long as you have a contrast between the person in focus and the background.

The Poco X3 Pro draws power from a 5,160 mAh battery, and ships with a 33 W Type-C fast charger. The phone easily lasts for a day on a single charge. Not bad for a phone with a powerful processor and a high refresh rate screen.

Topping up the battery doesn’t take long. The bundled charger can juice up the phone from zero to around 50 percent in half an hour, which is quite good. 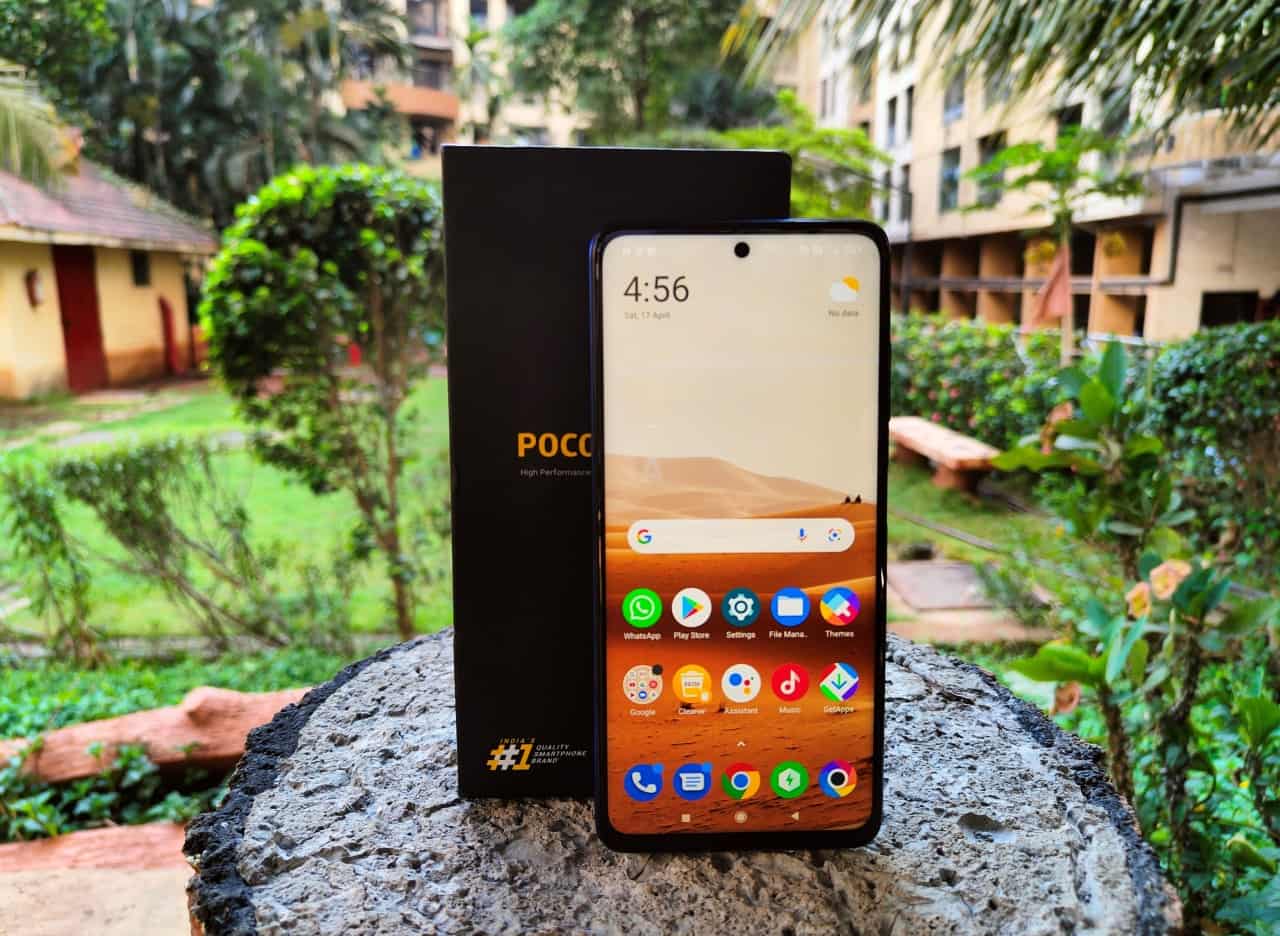 The Poco X3 Pro promises flagship-grade performance at a competitive price. While it largely delivers on that claim by packing in Qualcomm’s Snapdragon 860 chip, its sustained performance (or lack of it) leaves a lot to be desired. The phone’s LCD screen is no match for OLED panels found on competing handsets, and the 120 Hz refresh rate implementation is a bit buggy. Another let-down is Poco’s lack of regard for ergonomics as well as aesthetics. As much I’m delighted to see a high-end processor at this price point, I can’t help but notice that the rest of the phone doesn’t match. It’s like you spent so much money on acquiring a Ferrari engine, the only base you can now afford for your project car is a Maruti Omni.

If a powerful processor is the only thing you want from your next smartphone, go ahead and grab the Poco X3 Pro. But, if you’re looking for an all-rounder, there are plenty of great options in the market such as Xiaomi’s Redmi Note 10 Pro Max and Realme 8 Pro (review).