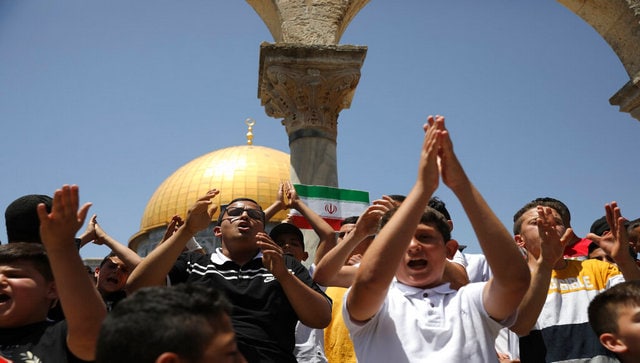 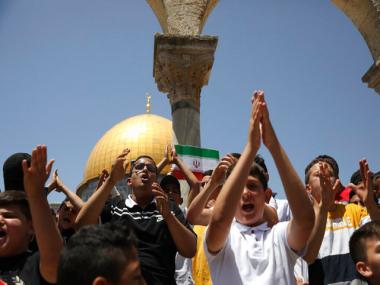 To many Palestinians, Netanyahu’s likely replacement Naftali Bennett — his former chief of staff, and a former settler leader who rejects Palestinian statehood — would be no improvement

Jerusalem: When Israelis opened their newspapers and news websites Tuesday, they encountered a barrage of reports and commentary about the possible downfall of Prime Minister Benjamin Netanyahu, the country’s longest-serving leader.

When Palestinians in the occupied West Bank unfolded the territory’s highest-circulation broadsheet, Al-Quds, they found no mention about Netanyahu’s fate until page 7.

Netanyahu’s political future hung in the balance Tuesday night, as Opposition leaders struggled to agree on a fragile coalition government that would finally remove him from office for the first time in 12 years.

The deadlock set the stage for a dramatic last day of negotiations, which the Opposition must conclude by Wednesday at midnight or risk sending the country to another round of early elections.

To Israelis, Netanyahu’s possible departure constitutes an epochal moment — the toppling of a man who has left a deeper imprint on Israeli society than most other politicians in Israeli history.

But for many Palestinians, his putative removal has prompted little more than a shrug and a resurgence of bitter memories.

During his current 12-year term, the Israeli-Palestinian peace process fizzled, as both Israeli and Palestinian leaderships accused each other of obstructing the process, and Netanyahu expressed increasing ambivalence about the possibility of a sovereign Palestinian State.

But to many Palestinians, his likely replacement as prime minister, Naftali Bennett, would be no improvement. Bennett is Netanyahu’s former chief of staff, and a former settler leader who outright rejects Palestinian statehood.

Instead, many Palestinians are consumed by their own political moment, which some activists and campaigners have framed as the most pivotal in decades.

The Palestinian polity has long been physically and politically fragmented between the American-backed Palestinian Authority in the occupied West Bank; its archrival, Hamas, the Islamic militant group that rules Gaza; a Palestinian minority inside Israel whose votes have increasingly counted for making or breaking an Israeli government; and a sprawling diaspora.

Yet alongside last month’s deadly 11-day war between Israel and Hamas in Gaza, and the worst bout of intercommunal Arab-Jewish violence to have convulsed Israel in decades, these disparate parts suddenly came together in a seemingly leaderless eruption of shared identity and purpose.

In a rare display of unity, hundreds of thousands of Palestinians observed a general strike on 12 May across Gaza, the West Bank, the refugee camps of Lebanon and inside Israel itself.

“I don’t think whoever is in charge in Israel will make a great deal of difference to the Palestinians,” said Ahmad Aweidah, the former head of the Palestinian stock exchange. “There might be slight differences and nuances but all mainstream Israeli parties, with slight exceptions on the extreme left, share pretty much the same ideology.”

But the strike in mid-May, Aweidah said, “showed that we are united no matter what the Israelis have tried to do for 73 years, categorizing us into Israeli Arabs, West Bankers, Jerusalemites, Gazans, refugees and diaspora. None of that has worked. We are back to square one.”

The hard-right presence within the would-be Israeli coalition — a fragile marriage between up to seven poorly compatible parties — is hardly reassuring, said Ahmad Majdalani, a minister in the Palestinian Authority, which exerts limited autonomy in slightly less than 40 percent of the occupied West Bank.

“But there are other forces and parties who have compromise programs,” Majdalani said. “We will see what happens. We do not want to prejudge, and we will decide how we will deal with this government after we see its program.”

Among the Arab minority in Israel, many of whom define themselves as Palestinian citizens of Israel, the prospect of a new government has divided opinion. While the government would be led by Bennett, and packed with lawmakers who oppose a Palestinian State, some hoped the presence of three centrist and leftist parties in the coalition, coupled with the likely tacit support of Raam, an Arab Islamist party, might moderate Bennett’s approach.

“It’s complicated,” said Basha’er Fahoum-Jayoussi, the co-chairwoman of the board of the Abraham Initiatives, a non-governmental group that promotes equality between Arabs and Jews. “There are cons and pros. The biggest pro is getting rid of Netanyahu. But it’s a huge bullet to bite in order to achieve that.”

The Cabinet is expected to include at least one Arab, Esawi Frej, of the left-wing Meretz party. Raam’s leader, Mansour Abbas, has said he will support the new government only if it grants more resources and attention to the Arab minority.

And the likely appointment of a center-left minister to oversee the police force might encourage officers to take a more restrained approach to Palestinians in East Jerusalem, where clashes between the police and protesters played a major role in the buildup to the recent war in Gaza.

But others doubted much could be achieved in that regard.

“It doesn’t matter who the minister for police is,” said Sawsan Zaher, the deputy general director of Adalah, a campaign group that promotes minority rights in Israel. Police behavior is “embedded within the police as an institution, and not a decision by minister X or minister Y.”

Of far more consequence for many Palestinians inside and outside Israel is a generational shift within Palestinian society, which has posed a new challenge to an already weak and divided Palestinian old guard and jolted the traditional paradigms of the Israeli-Palestinian conflict.

Among younger Palestinians, the discourse has changed from discussion of possible borders of a putative Palestinian ministate bordering Israel, which few now believe will come about, to a broad and loose agenda for the pursuit of rights, freedom and justice inside both the occupied territories and Israel itself.

“I think the key to what has changed is Palestinian agency,” said Fadi Quran, campaigns director at Avaaz, a non-profit that promotes people-powered change, and a West Bank-based community organiser.

“In the past, when Palestinians were interviewed on television, the key line was ‘When is the international community coming in to save us, when will Israel be held accountable, or when will the Arab countries come and rescue us?’ ” Quran said. “Now the discourse of the young is, ‘We’ve got this, basically. We can do it together.’”

The generational shift is partly a response to the failures of the Palestinian old guard to make good on the promise of the 1990s, when the signing of diplomatic agreements known as the Oslo Accords appeared to put a Palestinian State within reach. But Palestinian and Israeli negotiators failed to seal a final deal, and Israel’s occupation of the West Bank, once considered temporary, is now more than a half-century old.

In recent years, Palestinian gloom deepened because of the policies of the Trump administration, which favoured Israel and helped entrench its hold.

Donald Trump’s administration helped broker a series of historic normalisation agreements between Israel and the United Arab Emirates, Bahrain, Sudan and Morocco, which bypassed the Palestinians and ruptured decades of professed Arab unity around the Palestinian cause.

Inside Israel, Arab citizens, who make up a fifth of the population, have suffered decades of neglect and discrimination in state budgets and housing and land policies. They were further humiliated by the passage of an incendiary Nation State Law in 2018 that enshrined the right of national self-determination as being “unique to the Jewish people,” rather than to all Israeli citizens, and downgrading Arabic from an official language to one with a special status.

More recently, far-rightists entered Israel’s Parliament with the help of Netanyahu, who had legitimised them as potential coalition partners.

The Palestinians have been aided by the international awakening and momentum of movements like Black Lives Matter, speaking the language of rights and historical justice, according to experts.

At the same time, the official Palestinian structures have been crumbling. The once monolithic Fatah party led by the founders of the Palestinian national cause, and the dominant force in the Palestinian Authority, splintered into three competing factions ahead of a long-awaited Palestinian general election that had been scheduled for May 22.

In a measure of the popular excitement about what would have been the first ballot in the occupied territories since 2006, more than 93 percent of eligible Palestinians had registered to vote, and 36 parties with about 1,400 candidates planned to compete for 132 seats in the Palestinian assembly. Nearly 40 percent of the candidates were 40 or younger, according to the Palestinian Central Elections Commission.

Then Abbas postponed the election indefinitely, depriving the Palestinians of expressing their democratic choice.

All this helped spur a wave of grass roots protests in East Jerusalem that grabbed world attention, the general strike by Palestinians across the region and a burst of online support from international celebrities.

Some analysts say they doubt that this recent flash of Palestinian unity will have any immediate, profound impact on the Palestinian reality. But others argue that after years of stagnation, the Palestinian cause is back with a new sense of energy, connectivity, solidarity and activism.

The events of the last few weeks were “like an earthquake,” said Hanan Ashrawi, a seasoned Palestinian leader and former senior official. “We are part of the global conversation on rights, justice, freedom, and Israel cannot close it down or censor it.”