A student reflects on what it would mean for an always online generation to adapt to a reality that doesn’t include Twitter and Instagram, should the platforms face government action. 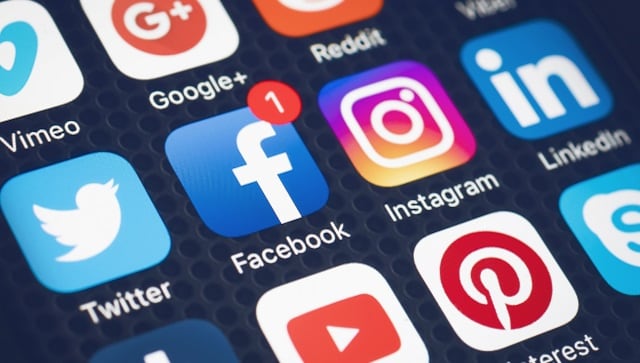 ‘The worst scenario that could occur — on which there was unanimity among my peers — was not these platforms being banned, but conceding to the impositions of the government.’ Image via Shutterstock/Twin Design

When I heard that Instagram and Twitter could face a ban in India, I was taken aback. I tried to picture life without the two, and it seemed quite irksome. (Facebook too, would be included under the ban if it came into effect, but my generation doesn’t care very much for it.)

Every single person I know is on either of these platforms and admittedly, a large portion of their time spent on their mobile phones is dedicated to those two. They watch Reels, apply filters and click pictures of themselves to post on their Stories, or just chat with their friends. I use Instagram mainly to keep myself abreast of happenings in the worlds of football and music, and Twitter to see what my favourite actor has to say about everything and anything.

Two apps so dear to so many of us… I wondered how their disappearance would impact our lives. I thought about some of my friends who had just started pursuing a career in music, art, cooking, baking, short films and dancing. They were slowly gaining a reputation for themselves, working hard at their craft, and some of them even started earning money through these endeavours. It is apparent that amidst the prevalent competition, it is nearly impossible to reach an audience without the right marketing, and Instagram was the right platform for them to showcase their talents. My classmate Japjot recently made an album and uploaded it on Spotify, and thanks to Instagram, it became popular in a short time.

To gain some additional perspective, I contacted my eccentric friend Abhinav, and he was on a completely different tangent of thought. He said banning these three platforms is imperative and if it came to pass, would be one of the very few decisions taken by the government that he approves of. No more degenerative scrolling. No more flattering your vanity by taking filtered pictures. No more time wasted on Twitter looking for which western pop star said what about India. He was grateful that people of our age would finally be coerced into overcoming their addiction and look each other in the eye instead of into their phones.

Abhinav was quite vehement about this issue and had some strong opinions, so I asked him about the problem of communicating with friends during lockdown, trapped at home, and also about people trying to establish a career using these platforms. He said there are an adequate number of well-functioning apps that can be used as a substitute for Instagram, and regarding people’s careers, he replied that most of them don’t have substance and that they can never actually make it big. There’s always YouTube, he added.

He was particularly pleased with the prospect of Twitter being banned. He admitted that he was somewhat addicted to the app, and in spite of being aware of its toxicity, he cannot help but search for controversial tweets. According to him ‘outrage culture and cancel culture are ridiculous’, and people nowadays are ‘just a bunch of snowflakes’. They are dissecting jokes… it’s a joke! Apart from that, Abhinav opined that extremist groups that bang the propaganda drum on Twitter as well as the rampant sharing of fake news pose serious security threats, and the government is in the right to impose restrictions and guidelines to counter these.

I partially agreed with the things he said, but had my own reservations about some. Twitter has, in many cases, helped a lot of people. With the recent Class 12 board examination conundrum, many of my friends expressed their grievances and perturbation on Twitter. They felt like it was the only way they could be heard, and it helped in alleviating their anxiety and stress.

The worst scenario that could occur — on which there was unanimity among my peers — was not these platforms being banned, but conceding to the impositions of the government. In a democratic country, we are free to say what we want, and this right would be at a huge risk. I want to say what I feel like saying and I would hate for the government to deem it inappropriate. Abhinav is a comedy fanatic, and he is afraid he is going meet the same fate as Munawar Faruqui. Knock knock… oh wait, you can’t knock on iron bars.