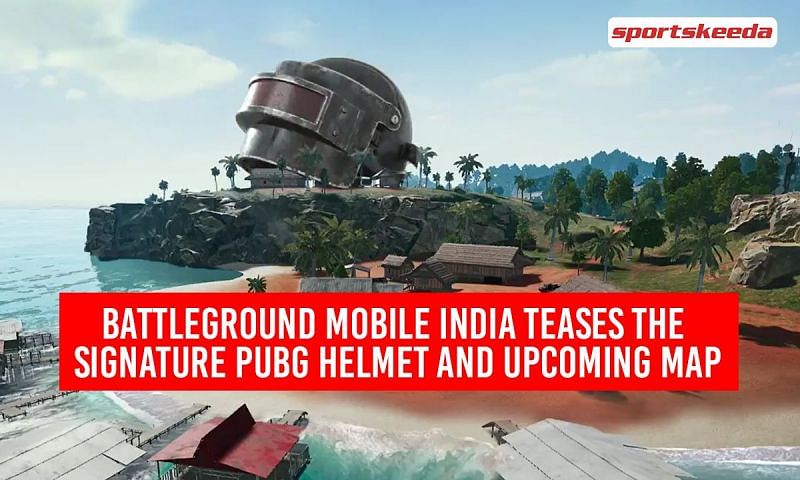 In a recent development, Battlegrounds Mobile India provided fans with a small glimpse of its upcoming map via its signature helmet creative. The Associate Art Director at Krafton has also provided BTS for the artwork.

Indian battle royale fans have rejoiced with all the developments over the past few days and are hyperexcited about the eventual release of Krafton’s offering.

The game’s teaser was released on May 6th, the same day the announcement was made. The response it has received is simply overwhelming, and the sheer number of views on the teaser and logo video highlights its popularity in the country.

The new design was shared along with the following text:

“We’ve waited for you as long as you have for us! Gather your squads and prepare to rule the battlegrounds!”

The image resembles the Ban Tai region on the Sanhok map, as players can see in the picture above. It is possible that the map will be available upon Battlegrounds Mobile India’s release.

Battlegrounds Mobile India’s release date hasn’t been announced by the developers yet. However, according to a statement by Ocean Sharma, a famous PUBG Mobile caster, the game could be released in June.

Moreover, Krafton has announced there will be a specific pre-registration phase before the launch. All that players can now do is wait for an official announcement about Battlegrounds Mobile India to be made.