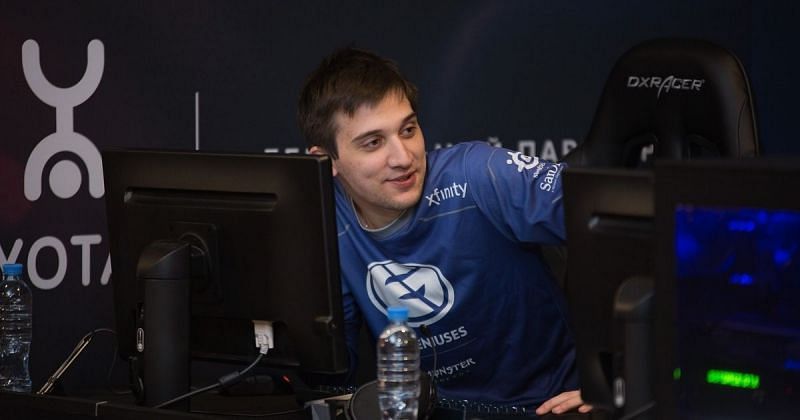 The Dota 2 roster of North American esports giants, Evil Geniuses, gained a spot at The International 10 by securing 1150 DPC points after they won 2-0 against Undying.

The star-studded team from the North American region of Dota 2 became the first team to qualify for TI10. TI 10 is scheduled to begin from August 5th.

By finishing first in DPC Season 1, finishing second at the ONE Esports Singapore Major, and locking in at least an additional 200 DPC points from the regional league, Evil Geniuses have crossed the minimum amount of points required to qualify for The International 10.

Currently, they sit at 1,150 DPC points because the rankings are only taking into account the team’s guaranteed points. Overall, EG are 5-0 and are yet to drop a single game in the second season of DPC.

Even in the most unlikely circumstances of Evil Geniuses not making it to the next major, they will still be playing on the biggest stage of Dota 2.

They face Quincy Crew on May 16, the other team in the NA region of Dota 2 who are yet to drop a game. The match will be the deciding game on who will qualify to the next major as the winners of DPC Season 2 of the North American region.

Given the tough spot Invictus Gaming are in, it is very unlikely they will qualify for The International 10 before the majors. The winner of the Singapore Major Invictus Gaming currently sit in sixth position in the Chinese region of the Dota 2 Pro Circuit League.