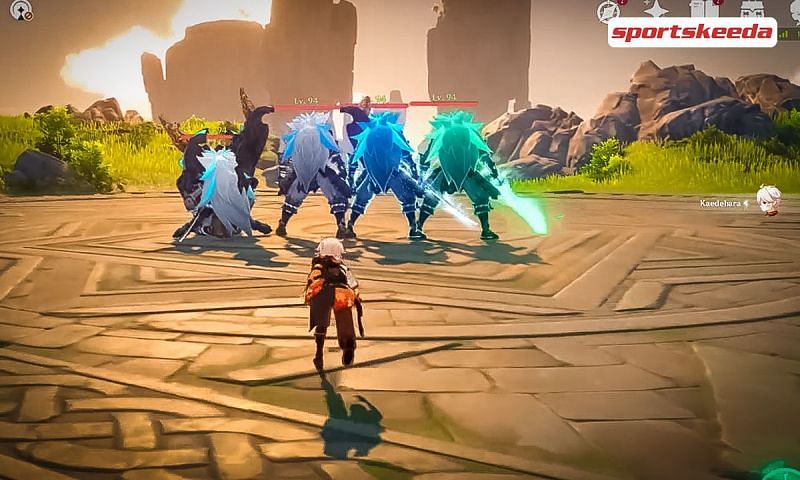 The latest leak comes from Sukuna, a reputed source for Genshin Impact 1.6 leaks on Twitter. The leaked clip is 59 seconds and features two Samurai Maguu Kenkis fighting Kazuha, an upcoming 5-star character. What makes the clip so special is Maguu Kenki’s unique ability to summon a clone of itself for reinforcement.

The leaker has referred to Shadow Clone Jutsu of popular Shounen anime, Naruto, to describe the visuals. Interestingly, the summoned clones of Maguu Kenki look quite similar to the mythical Susanoo shown in Naruto too.

According to Sukuna, another reputed source of Genshin Impact 1.6 leaks, Maguu Kenki’s shadow clone jutsu-like mechanism not only provides him offensive reinforcement but a defensive advantage too.

More about this shadow clone jutsu mechanism:
These clones have a health sharing ability, which means you will have to kill all of them to defeat the Maguu Kenki, just trying to kill the host wouldn’t work https://t.co/N37i7IzaUu

The samurai’s clones can share the total HP among themselves, making it difficult for players to deal with the boss. Additionally, players will need to kill both the host and the clone of Maguu Kenki to defeat the enemy successfully. Only defeating the host would not eliminate the clone, according to the leaked description.

The clip features two hosts and two clones of the upcoming boss. Although the current set of leaks does not clarify that, according to an older description of the boss, it’s safe to say that Maguu Kenki will have two different forms. One form is named Kofuu, and the other is named Souji in the data mined files.