Mumbai. TV’s first female comedian Bharti Singh is celebrating her birthday on July 3. Born in Amritsar, Punjab, Bharti Singh’s childhood was spent in extreme poverty. His parents wanted to kill him in the womb itself. Not only this, when Bharti Singh decided to become a comedian, her family members even boycotted her.

When Bharti Singh was two years old, her father passed away. The comedian told in some shows that when she was in her mother’s womb, her mother used to sit on her feet. Apart from this, she also used to resort to medicines. After his father’s death, his mother raised him as a single mother. Bharti had told that her mother used to cook food at people’s homes. She also used to go to the houses of others with her mother.

Relatives had boycotted
Bharti Singh on the reality show India’s Best Dancer said, ‘I was selected in the reality show and was preparing to come to Mumbai. Relatives had boycotted us. According to Bharti, ‘They used to say that she does not have a father, what work does she do? They make people laugh. She will not get married. We know how girls succeed in Mumbai. My mother was a single mother, when she was two years old, her father passed away. 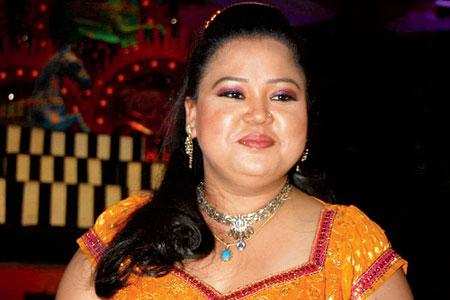 Controversy over drugs case
Bharti Singh was in controversy in the year 2020 due to drugs case. During the interrogation of the Narcotics Control Bureau, a drug paddler had named comedians Bharti and Harsh. NCB had raided Bharti and Harsh’s house and office, from where 86.5 grams of drugs were recovered.

Harsh and Bharti were booked under section 20(b)(ii)(A) ​​and NDPS 1985. Both have been granted bail by the special NDPS court in Mumbai.