A lunar eclipse occurs when the moon moves into the Earth’s shadow and light from the Sun cannot fall on the moon. 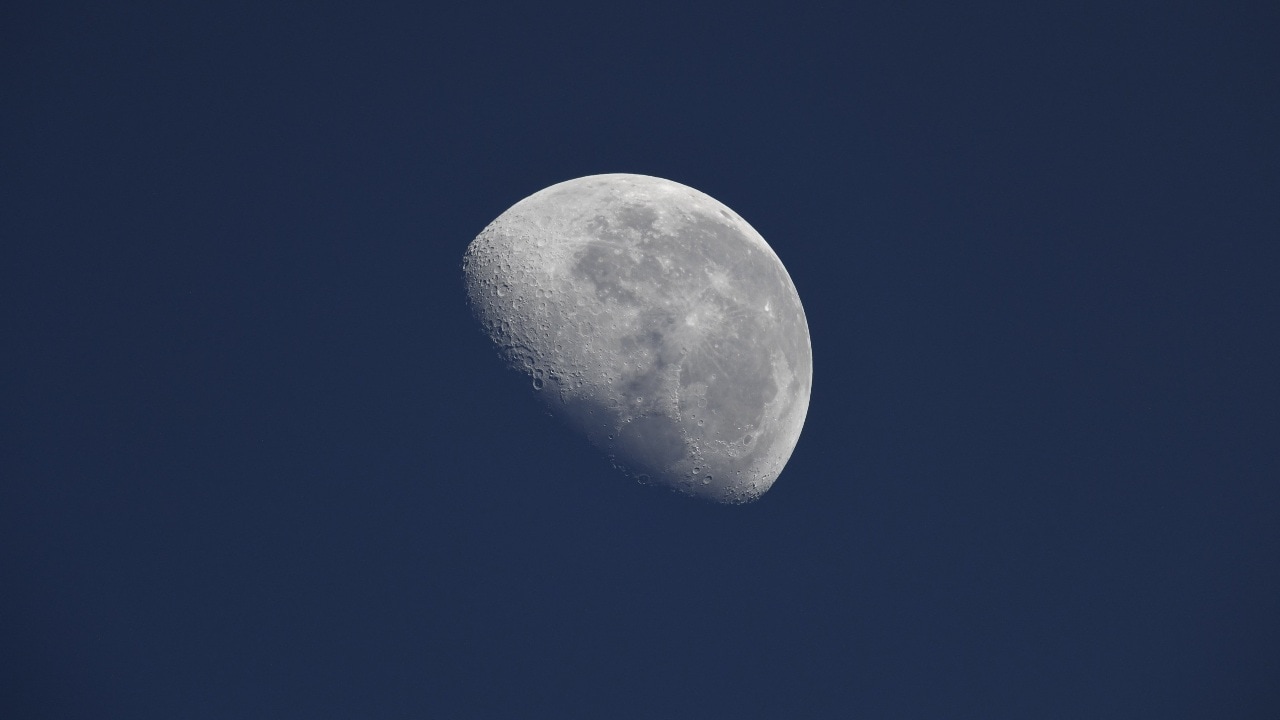 ESO astronaut Thomas Pesquet is currently residing in the International Space Station and captured this image of the lunar eclipse from his window. The moon was over Australia and the Pacific Ocean. Image credit: Twitter ESO @Thom_astro JAXA astronaut Akihiko Hoshide managed to catch a small glimpse of the lunar eclipse from his perch on the International Space Station. Image credit: Twitter @Aki_Hoshide The supermoon rises over Maslak, the economic centre of Istanbul, on Wednesday, 26 May 2021. Image credit: AP Photo/Emrah Gurel) A total lunar eclipse is also called the Blood Moon because of the reddish tinge that appears on the moon during an eclipse. This phenomenon happens because the light from the Earth’s sunrise or sunset falls on the surface of the moon. A lunar eclipse is observed during dawn in Brazil. Image credit: AP Photo/Eraldo Peres) A lunar eclipse is seen over Coit Tower on Telegraph Hill in San Francisco early Wednesday, May 26, 2021. The blazing orange moon was visible from Pacific and the western half of North America, parts of South America and eastern Asia. Image credit: AP Photo/Frederic Larson A lunar eclipse or a Chandra Grahan occurs when the moon moves into the Earth’s shadow and light from the Sun cannot fall on the moon. The moon is partially covered during a lunar eclipse over Mexico City, early Wednesday, May 26, 2021. (AP Photo/Marco Ugarte) A yacht sails past as the moon rises in Sydney, Australia. Unlike a solar eclipse, there’s no harm in looking at an eclipsed moon. Image credit: AP Photo/Mark Baker 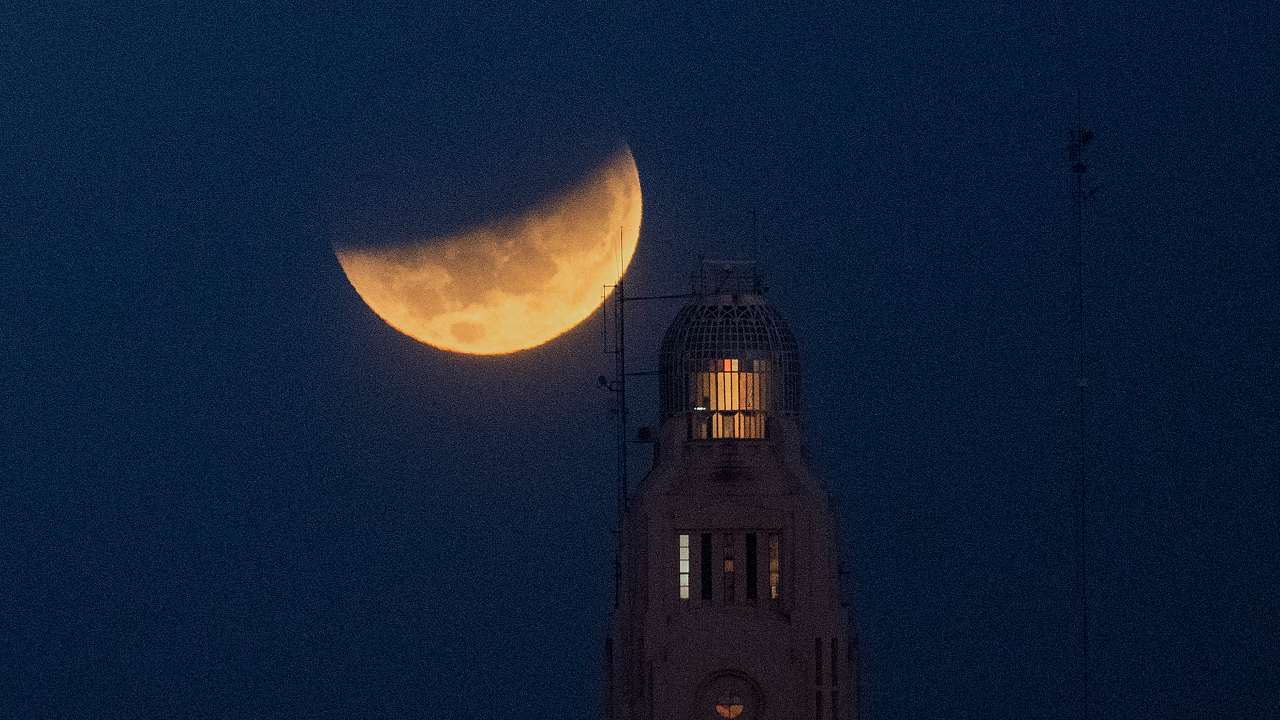 The moon sets behind the Montevideo port, in Uruguay. For a small period of time, the eclipse was visible from the northeastern parts of India (except Sikkim), some parts of West Bengal, some coastal parts of Odisha and Andaman and the Nicobar Islands. Image credit: AP Photo/Matilde Campodonico 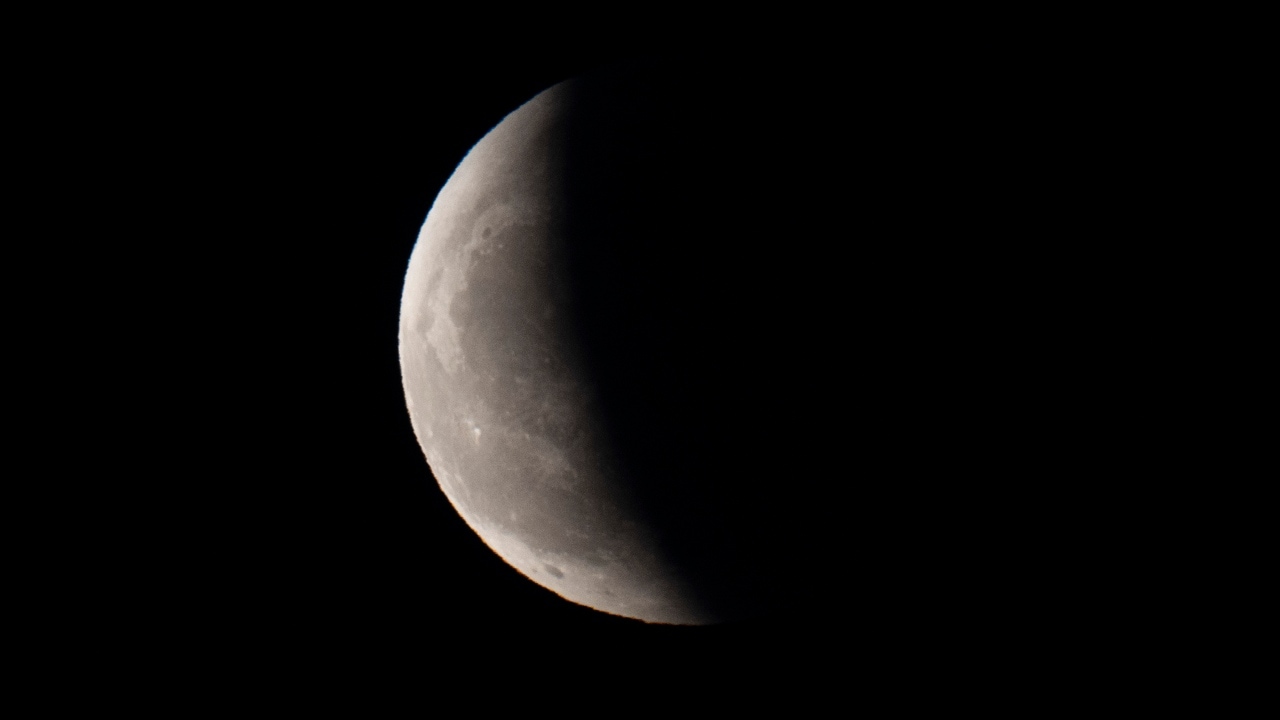 The earth’s shadow partially obscures the moon as it emerges from behind a cloud during a lunar eclipse in the skies over Beijing. China. Image credit: AP Photo/Ng Han Guan) The first total lunar eclipse in more than two years coincided with a supermoon for a cosmic show and here it can be seen behind a ferris wheel in California, USA. (AP Photo/Ringo H.W. Chiu) A moon is observed behind the Suthat temple in Bangkok, Thailand, (AP Photo/Sakchai Lalit) The blood moon is seen behind Stonehenge in the UK. Image credit: Twitter @ST0NEHENGE 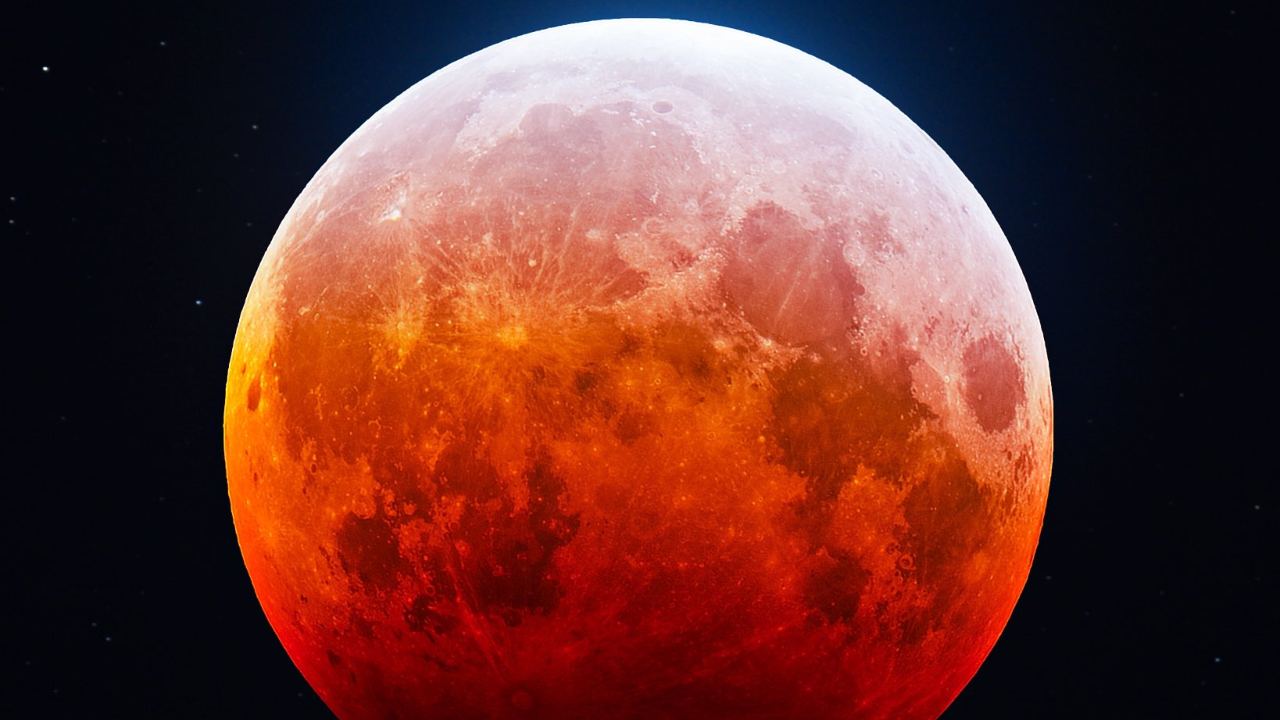 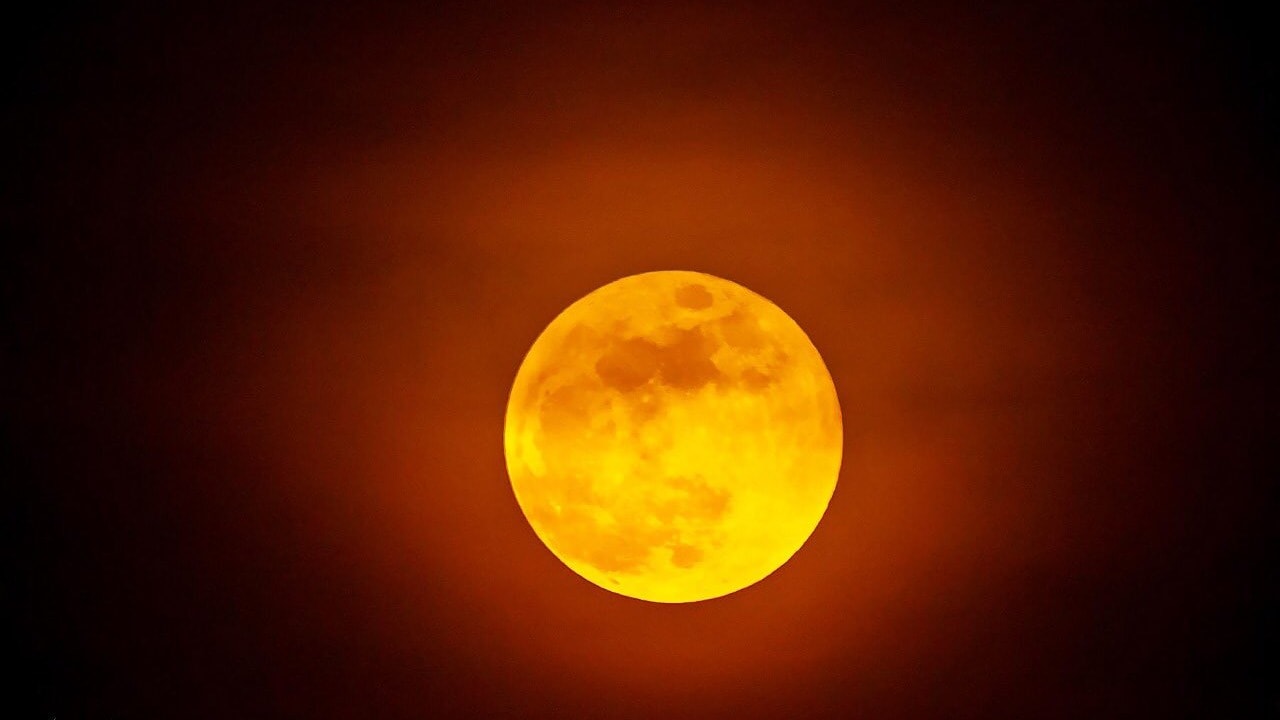 The Moonrise is seen from under the Woodrow Wilson Memorial Bridge in Virginia, USA. Image credit Flickr/NASA Bill Ingalls