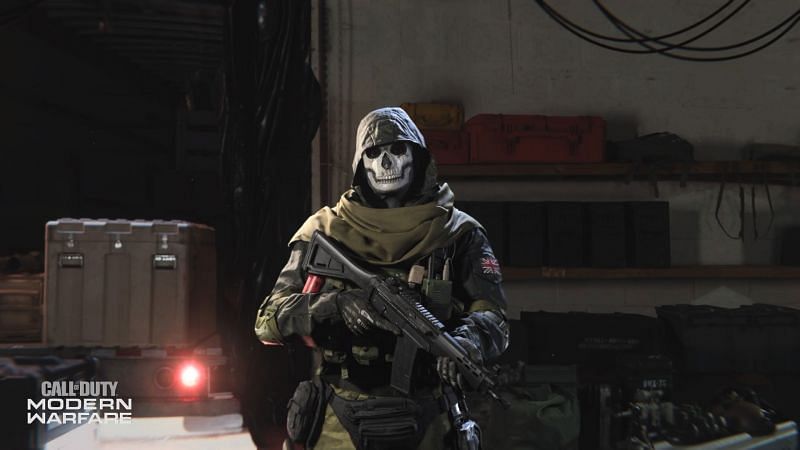 Voice actor Jeff Leach, known for giving life to beloved Call of Duty character Lieutenant Simon “Ghost” Riley, has officially been fired by Activision and will not return amidst accusations of sexism and misogyny. The news comes after a viral tweet containing multiple instances of offensive behavior from Jeff Leach surfaced. Here’s what happened and how the community took the news.

Also read: Venom ‘Let There be Carnage’ – Release date, Plot, Cast, and Everything you need to know about Woody Harrelson’s next adventure

Twitter user @NitroLukeDX’s post containing a compilation of instances of sexism by Jeff Leach recently went viral on social media with calls to cancel him flooding the post. Not long after, Activision got wind of the accusations and immediately severed all ties with Jeff Leach with the following statement:

“Sexism has no place in our industry, our games or in society. Activision is no longer working with Jeff Leach. We strongly condemn these remarks. We are committed to delivering a fun and safe experience for all players.

Following the cancelation, Jeff Leach took to his Twitter account and posted the following before promising that he’d be posting an update regarding the situation and his stance.

This should go without saying but anyone who sends threatening messages is not representative of me or my community and I do not condone this is any way.

I will be sharing my response to this situation very soon. I’m grateful for the outpouring of support from the community and your patience whilst all relevant information is put together. In the mean time I only wish that you show each other compassion and kindness. – Jeff Leach

The gaming community has been fairly split over the decision to fire Jeff Leach, with one side lauding the move while the other condemns it.

This is absolutely disgusting… how has this gone unnoticed?? Get him off the platform!!!

I think Jeff should be appalled with his comments, its 2021! where does he get off belittling women like that. Well said Goddess Level, don’t be afraid to speak up if you or anyone you know is being treated this way!

@FacebookGaming @Activision This is absolutely disguting how can someone with so much influence like Jeff Leach the face of ‘Ghost’ get away with saying these horrendous things about other female gamers!

Completely disgusting! Facebook sort it out, no ones daughter needs to be treated this way. Take away his platform!

seriously man, they did you dirty. It’s either you or Fairbrass, I refuse to accept any other ghosts

take your time bro, we got your back! ?

Watching over the stuff i’ve seen, you were very clearly defending you and your own community which whoever this “they/them” person literally didn’t have to be in at all. Whatever happened, you were probably beyond pissed at them to go off on them.

You got it boss. Regardless of what happens, the real ones will always have your back

Infuriating is the closest word to describe my sentiments on this situation, but really, I’m beyond that. You’ve always been one to come out stronger when life send you hurdles, and I’ve no doubt you’ll do the same here, brother.

Seems like a messed up situation with clips possibly taken out of context or not knowing the full story. seeing things other parties have said too makes me question them. Either way man we’re here to support you Ghost! Hope this gets a proper sorting!

As of right now, Jeff Leach has been stripped of his role as Ghost in Call of Duty and it is unlikely that he will be making a return.

Also read: COD Warzone might come to mobile according to a new LinkedIn posting by Activision