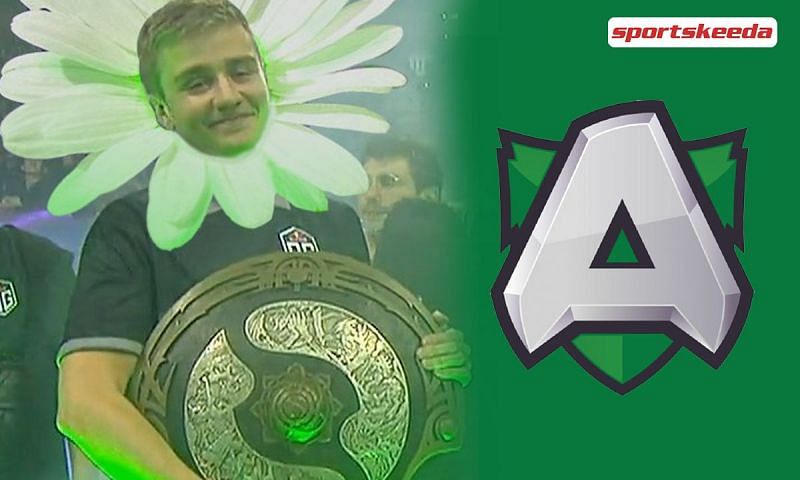 The Dota 2 community has been divided since Johan “N0tail” Sundstein tweeted about Alliance’s vlog.

Alliance coach Peter “ppd” Dager could be heard clearly warning the team about not paying enough attention to defending their base against Brame. Incidents of a coach providing additional insight to a team in the middle of a match can have various kinds of impact on the game and the players’ mentality.

We don’t know if TI is going to be 6 or 5 man tournament ?
Guess we’ll soon know!

Similarly, when Alliance heard their coach’s advice, the team headed back to its base, which wasn’t part of their plan while invading Brame’s jungle. Ppd was also heard making some calls that seemed to help them.

Despite his calls, Alliance lost the series 2-1 to Brame, thus ending their unbeaten run in the Western European Region of the DPC Season 2.

Despite being seemingly unfair and being in violation of the Sporting Spirit of Dota 2, Alliance technically did not cheat.

Also not blaming alliance for following rules and checking with ESL eventhough I think they could’ve definitely gone about this different and together with the rest of the teams like we usually do.

But why are things like this XD
It’s MAJOR news!!! Need better communication ?

Traditionally, coaches have not been a part of Dota 2 outside its drafting phase.

The captain of OG, N0tail, multiple major winner and two-time The International (TI) champion, took to Twitter to criticize Alliance for the same.

Having a coach during a dota game has never been allowed.
0 respect for people that cheat, same thing when people macros and claim it’s ‘not against the rules’ or ‘I still have to know when to use it’
L O L

Mentioned concept to valve TI9
They said no

N0tail called upon fellow Dota 2 giants of the EU region and said that he would blindly trust them for not using unfair means to win a game of Dota 2 in any case.

Dota has always been a man-mode game, @teamsecret @TeamNigma @TeamLiquid are all teams I’d bet my right arm on having honor and integrity, we know the rules and the game, respect and cherish it.

Many more up there, just looking for some clarity and responsibility

How the Dota 2 community responded

The community has been divided as one half is all for blindly following rules.

They have claimed that Alliance has done nothing wrong, as it is nowhere mentioned in the rulebook that coaches cannot be present.

So it should be illegal in basketball, football And etc games too right??

The coach can literally communicate with the players during the game

Many also bombarded N0tail’s tweet with comments directly or indirectly taking a dig at OG’s recent dismal performances and failure to qualify for the previous Major.

The other half has supported n0tail, as they believe that Dota 2 is all about sportsmanship and honor.

It is a 5-man game, and having a coach is an unfair advantage, as it makes it a 6v5 match-up. So, Alliance’s antics were not taken too well by some Dota 2 fans.

agree, dota is game with immense pressure and being able to perform under those pressure is one of the main skill us players bring to the table and compete against the opponent, having a 6th man telling us stuff that we possibly miss because of said pressure in realtime is unfair

While Alliance has kept quiet about the entire matter after N0tail’s outburst on Twitter, their players have not.

Nikolay “Nikobaby” Nikolov, the carry player for Alliance, has actively engaged with N0tail in his tweet, where he said he was all for the rules.

The controversy overshadowed the announcement of The International 10, the biggest tournament in esports history, with a 40 million dollar prize pool.

TI 10 is set to have the highest prize pool in the history of esports and is scheduled to begin on August 5.